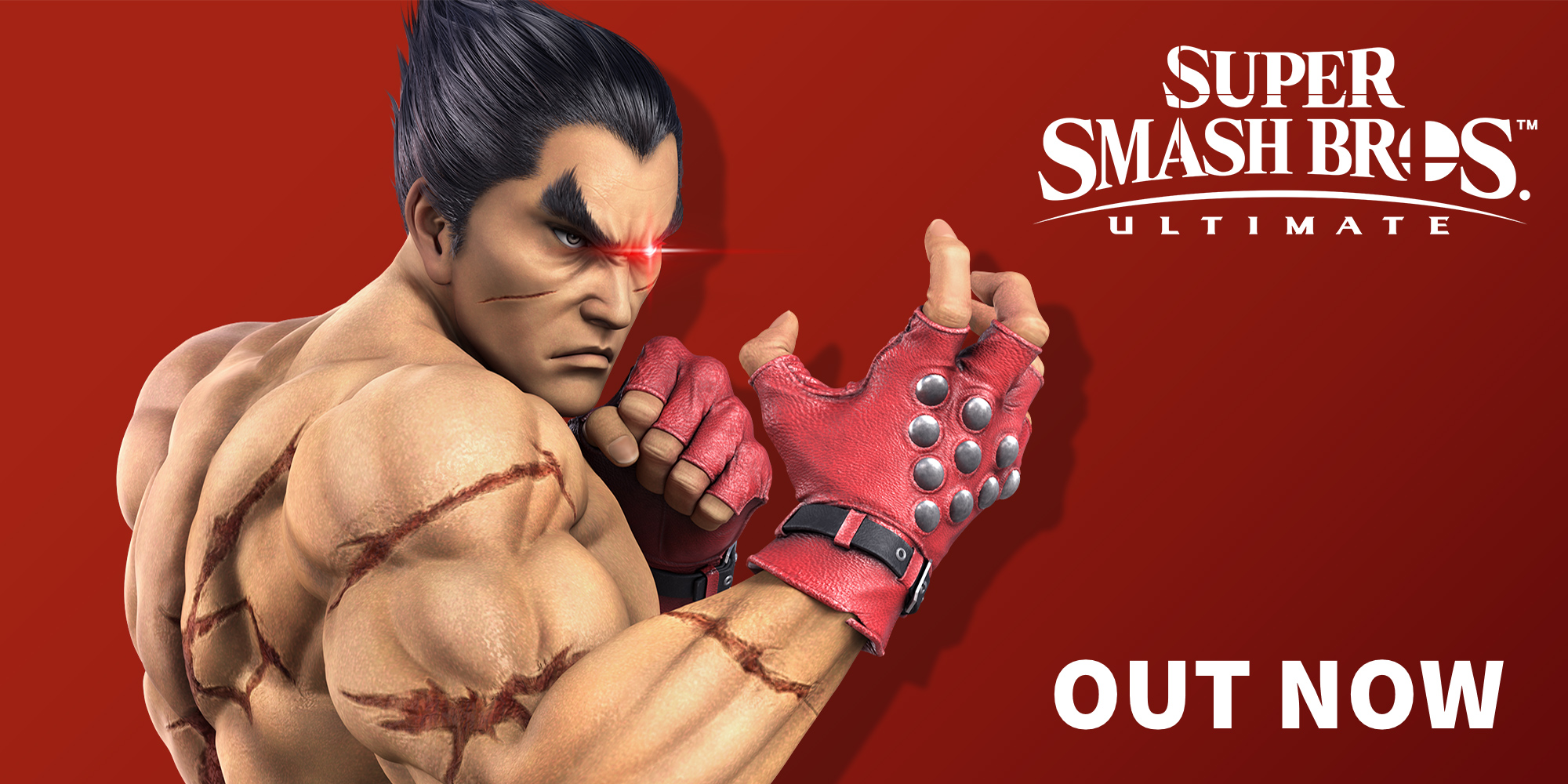 Get ready for the next battle – Kazuya is available now as a Super Smash Bros. Ultimate DLC fighter! In case you missed it, check out the reveal trailer below:

Challenger Pack 10: Kazuya is out now, both as part of Super Smash Bros. Ultimate: Fighters Pass Vol. 2, or as an individual set. This set also contains a new stage, Mishima Dojo, 39 music tracks, a Classic Mode Route, and a DLC Spirit Board.