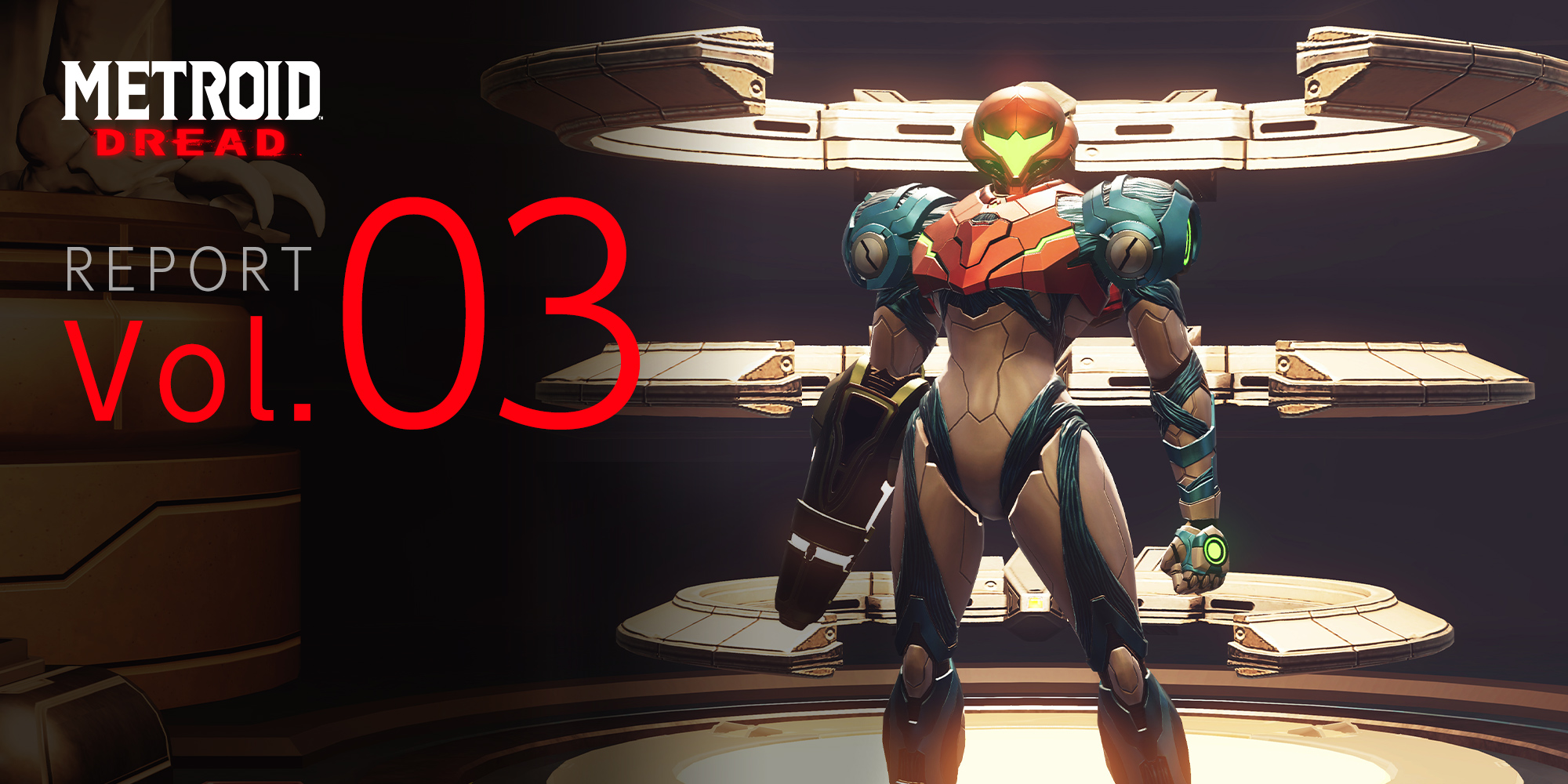 The original Metroid launched in 1986 for the Family Computer Disk System in Japan – that’s 35 years ago now – and would arrive in North America and Europe later for the Nintendo Entertainment System. Whether you’re new to the series or simply haven’t adventured with Samus in a while then, here’s a closer look at seven key points that make a Metroid game...well, a 'Metroid' game.

Lead character Samus Aran is a super-skilled bounty hunter who has single-handedly confronted and defeated multiple galactic threats. She is said to be the strongest warrior in the galaxy.

Samus is renowned throughout the galaxy, but few know her true identity.

"In Metroid Dread, Samus’s suit appears to have changed quite a bit from her previous missions. This is the result of the organic suit from Metroid Fusion – which was greatly transformed following the attack by the X parasitic lifeform and the injection of the Metroid vaccine – gradually returning to its original, mechanical Power Suit form."

This species of enigmatic, floating life form has the terrifying ability to attach onto other organisms and absorb their energy.

Originally, the Metroids were artificially created by the Chozo – an intelligent species with a vision for galactic harmony – to destroy the dangerous X parasitic life form found on planet SR388.

Some have tried to weaponise the Metroids because of their energy-absorbing ability, which has made this species the source of several conflicts in the past.

Samus, who was sent to planet SR388 by the Galactic Federation to eradicate the Metroids, successfully accomplished her mission and returned with a Metroid hatchling in tow. As Samus was the first creature the hatchling saw, it imprinted onto her and believed Samus to be its mother. Soon after, however, it would become a source of conflict with the Space Pirates and in the ensuing battle, the hatchling would bravely sacrifice itself to save Samus. The species would then go completely extinct after one of Samus’s later missions.

By the time of Metroid Dread’s events, the Metroids as a whole no longer exist.

"You may not know if you haven’t played the series before, but this character that looks like a jellyfish is the titular 'Metroid'. Maybe some of you may have thought that the character Samus was named Metroid?

"While the Metroids have already gone extinct by the time of the events of Metroid Dread, it could be fun to speculate about what role they play in this adventure."

To date, the history of the Metroid series spans 35 years, beginning with the original Metroid released in 1986 for the Family Computer Disk System in Japan. The game would later release in North America and Europe for the Nintendo Entertainment System in 1987 and 1988, respectively.

The original game kicked off the story arc of what is commonly referred to as the '2D Metroid series', which tells the tale of the uncanny, intertwined fates of Samus Aran and the Metroids. Other games followed to continue the story, with Metroid Dread concluding this story arc.

The original Metroid game tells the story of a battle that takes place between Samus and the Space Pirates on the planet Zebes. Later, this game would be remade and expanded on as Metroid: Zero Mission for the Game Boy Advance.

Samus is sent by the Galactic Federation to eradicate the dangerous Metroids found on planet SR388. She returns from her mission with the imprinted Metroid hatchling. This entry was later remade and expanded on with Metroid: Samus Returns for Nintendo 3DS family systems.

The Space Pirates return to steal the Metroid hatchling for their own nefarious purposes. Samus must again travel to planet Zebes to retrieve the hatchling and put an end to the Space Pirate threat.

Aboard the orbiting Biologic Space Laboratories (B.S.L.) station, Samus battles the terrifying X – a parasitic life form capable of overtaking organic creatures and mimicking their hosts completely based on their genetic information. Lurking around the station is a deadly mimic of Samus at full strength: the SA-X.

"We developed Metroid: Zero Mission and Metroid: Samus Returns, which are remakes of the first two games in the series, but it’s been 19 years since a brand new title released in this saga. That means we’ve kept you waiting for more than half of the series' 35 year history to see what happens next. As such, we have plentifully poured in what we have been preparing, and we believe everyone will be able to experience the game with many surprises within.

"There’ll be an introduction to the story at the beginning of the game, so those who have not yet played the rest of the series can jump right in and feel at home.

The games in the Metroid series don’t follow a linear 'clear the stage' setup. They are exploratory action games where you journey through a sophisticated maze-like world, picking up new items and weapons along the way to expand the areas you can visit, in order to discover new destinations and escape routes.

The map in Metroid Dread has evolved from a simple cell-based one from previous instalments in the series, to a more detailed one indicating different terrain. Map-reading and navigation skills can be quite helpful.

This feature allows you to highlight and view the same type of icons across all area maps. It can be extremely handy when looking for places you can explore after obtaining a new ability.

Place up to six markers of different colours anywhere you’d like on the map. These markers will also appear on your minimap during gameplay.

You can zoom in and out on the map screen to get a better look at things.

Glowing places on the map indicate there are hidden items in that area for you to discover.

During normal gameplay, pressing the Left Directional button on the Joy-Con controller will expand your view of the minimap in the top-right corner of the screen.

"Since the Metroid series of games is all about exploring, it was clear to us that the map – the foundation of exploration – would be an important thing for us to focus on. This new minimap is powered up from previous, traditional maps in terms of look and function, which we think will make exploring the world feel even smoother than before.

"Also, players can enjoy exploring with a greater degree of freedom in Metroid Dread compared to past instalments, so they can find various ways to strategise and play over and over again."

Samus’s arsenal includes a range of weapons. The Power Beam is her standard Arm Cannon attack, Missile attacks are powerful but restricted by how many Samus can carry, and her Bombs can break down certain walls and obstacles.

In addition to her weapons, Samus’s basic physical abilities and special abilities will increase as she explores and discovers new capabilities.

Powering up lets Samus get through doors that were previously blocked off, as well as get past obstacles and areas to continue on her journey.

"Every time Samus powers up, her offensive power and agility greatly increase. There will be more doors she can open, walls she can destroy, and paths she can take.

"With this kind of progression, you might look at paths and barriers in a different light than you did before. We believe the player holding the controller can also feel this same growth alongside Samus."

The Chozo were known to be highly intelligent and capable of developing amazing technologies. Their primary mission was to achieve lasting harmony across the galaxy.

They were once a very powerful force with both intelligence and military might, but over many years have weakened in position. Now, only a few of them have been seen, and these remaining Chozo mostly try to avoid attention.

Chozo relics, like ancient ruins from their former civilisation, have been found in multiple locations across the galaxy.

"In fact, Samus’s equipment – like the Power Suit and Arm Cannon – are technology of the Chozo civilisation. When Samus was young, she lost her parents and her home in a tragic incident, and was raised by the Chozo on planet Zebes.

"During that time, she received a Chozo DNA transplant, which allows her to adapt to environments that are otherwise harsh for humans.

"On planet ZDR, where Metroid Dread takes place, there are various implications to be discovered surrounding Chozo civilisation, which might connect with the game’s story in some way."

This parasitic life form is one of the deadliest in the universe. It can inhabit living or dead organic creatures and use their host’s genetic information to mimic them completely.

The Metroids were created by the Chozo to destroy the X parasite. Thanks to Samus, they have been reduced to cosmic dust along with their native planet, SR388.

"The story in this game starts with a mysterious transmission that implies the X parasite – which Samus was gravely afflicted by and is thought to have destroyed in Metroid Fusion – may still exist.

"Are the X still out there, or is it something else? Please see for yourself..."

In the next Metroid Dread Report, we'll unravel the story of the series so far. Please look for it soon!

Haven't yet read Vol.2 of the Metroid Dread Report? Go here to check it out now.