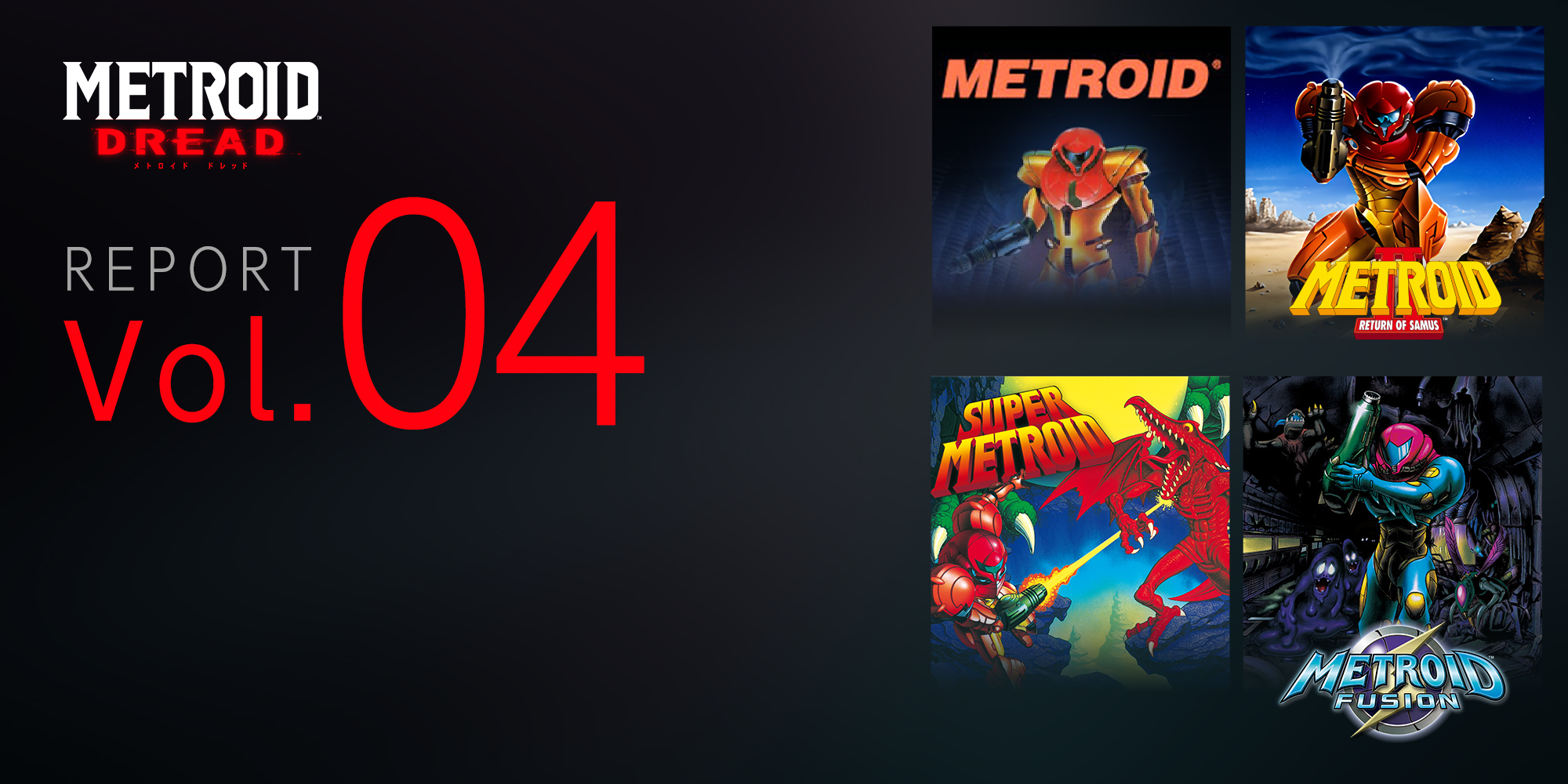 On August 6th, 1986, the first game in the entire Metroid series – simply titled Metroid – released as a Family Computer Disk System title in Japan before arriving later in the US and Europe on the Nintendo Entertainment System. This game kicked off a story surrounding the intertwined fates of bounty hunter Samus Aran and the enigmatic Metroid species – a story that will conclude with the upcoming Metroid Dread, the fifth game in what is commonly called the “2D Metroid” series.

Here’s a closer look at how the story unfolds throughout each game in the 2D series. Can you figure out how some of their secrets may connect to Metroid Dread?

The Metroid species, an unknown floating lifeform, is discovered on planet SR388 by the Galactic Federation. The Space Pirates, based on planet Zebes, steal the Metroids from Federation researchers and plot to weaponise the power of these mysterious creatures.

To stop the Space Pirates, the Galactic Federation turns to the most powerful bounty hunter in the galaxy: Samus Aran.

Samus touches down on planet Zebes and successfully destroys the Space Pirate underground fortress along with their mastermind, the organic supercomputer Mother Brain.

Good to know: The beginning of the (alternate) end

The end screen of Metroid changes based on your completion time. By playing again and again, you can figure out how to complete the game faster and see other versions of the end screen. You can find similar alternate takes on the end screen throughout the series.

"This very first game marks the start of the strange, interconnected fates of Samus and the Metroids, a story arc that reaches its conclusion in Metroid Dread. This game set the signature mold for the series: exploring maze-like areas and using weapon and ability upgrades to reach new locations. It also established the universe and tone while introducing iconic music and sound effects.

"By the way, the word 'Metroid' comes from combining 'metro' (in the sense of an underground transit system) with 'android' (a humanoid robot).

"The original Metroid game was remade as Metroid: Zero Mission for Game Boy Advance in 2004. This remake added a stealth portion where Samus is without her Power Suit and must move forward while staying hidden from the Space Pirates to survive. We believe you can feel a connection between this section of the game and Metroid Dread."

An emergency mission to exterminate the Metroids

The Galactic Federation takes the incident with the Space Pirates on planet Zebes very seriously. They send a research ship to planet SR388 to confirm the existence of the Metroids there. However, the ship disappears.

A rescue unit is sent to SR388, but contact is lost with them as well. The Federation concludes that the subterranean Metroid creatures are responsible. Samus is called in once again, this time to exterminate the Metroid threat on SR388.

After many deadly battles with the Metroids in their various evolutionary forms, Samus confronts and defeats the Queen Metroid, marking a successful end to the mission. Unexpectedly, a newborn Metroid hatches in front of Samus; as she is the first creature it sees, the larva imprints on Samus and believes her to be its mother. Samus can’t bring herself to kill the hatchling, so she takes it back to the Galactic Federation’s Space Science Academy for study.

It is believed that the Chozo once lived on SR388, and remains of their civilisation – including high-tech machinery and weapons they developed – can be found throughout the planet.

In Metroid: Samus Returns for the Nintendo 3DS family of systems (a remake of Metroid II: Return of Samus), players can unlock secret clues surrounding the fate of the Chozo on planet SR388.

"Metroid II: Return of Samus and Metroid: Samus Returns depict the first encounter between Samus and the Metroid hatchling. These chapters also include descriptions of Chozo civilisation, which makes them fundamental to the overarching story of the 2D Metroid series.

"The 'Glimpses of Dread' teaser at the end of this article shows what appears to be Chozo memories. How do you imagine these come into play in Metroid Dread?"

The heavily damaged Space Pirate fortress on planet Zebes has been gradually rebuilt by the survivors of Samus’ previous strike. Ridley, the supreme commander of the Space Pirates, attacks the Space Science Academy and steals the hatchling – known to be the last living Metroid in the universe – to continue the Space Pirates’ goal of weaponising the species.

Samus heads back to planet Zebes to retrieve the Metroid and stop the sinister plans of the Space Pirates. However, in a fierce final battle with the monstrous Mother Brain, the hatchling sacrifices itself to save Samus. After the defeat of Mother Brain, Samus narrowly escapes a self-destructing planet Zebes. The Space Pirates are wiped out in the blast.

Good to know: Numbering the entries

Super Metroid and Metroid Fusion do not have a number in their titles, but the opening video of each game labels them as 'METROID 3' and 'METROID 4', respectively.

Similarly, you can see 'METROID 5' at the beginning of the Metroid Dread announcement trailer.

"Super Metroid can be said to offer the greatest flexibility for exploration in the series. You can enjoy similar flexibility in Metroid Dread, depending on how you take advantage of your abilities. You might be able to find ways to obtain weapons, items and abilities earlier than the intended timing. We encourage you to try to discover alternate routes of exploration."

Attack of the X parasite

Research on the surface goes well until Samus is exposed to and attacked by the X parasite, a lifeform with the ability to mimic organic creatures in their entirety. The parasite puts Samus in critical condition and renders her unconscious. All hope seems lost as the X quickly multiplies and erodes her body.

Scientists determine that a vaccine made using a cell culture from the Metroid hatchling is Samus' only chance of survival. She miraculously escapes death and, at the same time, becomes the only living creature with immunity to the X parasite.

Aboard the B.S.L. station orbiting SR388, Samus engages in a fierce battle with the SA-X – a mimic of Samus in her Power Suit at full strength – and succeeds in wiping out the X parasite, destroying the station and planet SR388 in the process.

In Metroid Fusion, streamlined controls such as for switching weapons and diagonal shooting help evolve the gameplay to feel much smoother than in previous games. Samus also has more moves at her disposal than ever before, such as hanging off ledges.

"The SA-X is a tremendous threat that Samus comes across many times over the course of Metroid Fusion. Each encounter, where Samus runs or hides from the SA-X, was an in-game event that is sprung on the player. However, we thought, 'What would happen if we evolved this?' This line of thinking greatly affected the concept of the E.M.M.I. sections in Metroid Dread.

"Also, as Metroid Fusion is a direct prequel to Metroid Dread, you will find many threads weaving the two stories together. For example, the reason why Samus’ suit looks the way it does and the appearance of the ADAM computer AI in Metroid Dread are directly connected to the events of Metroid Fusion." 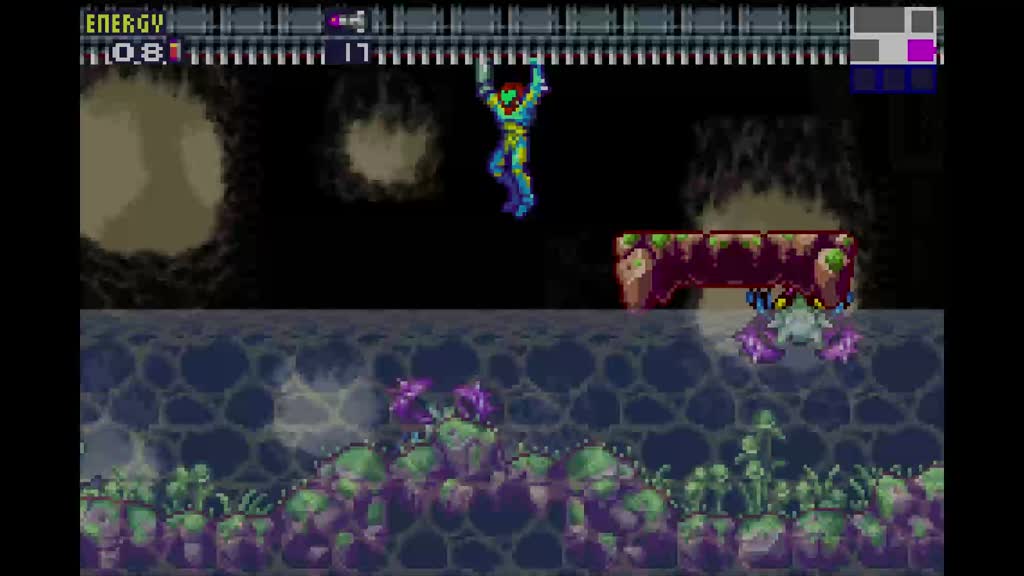 A glimpse of Dread…

"What do you see? What does it all mean? Please stay tuned to find out!"

In the next Metroid Dread Report, we look at the secret to Samus Aran's strength. Please look for it coming soon!

Haven't yet read the previous Metroid Dread Report? Go here to check it out now.