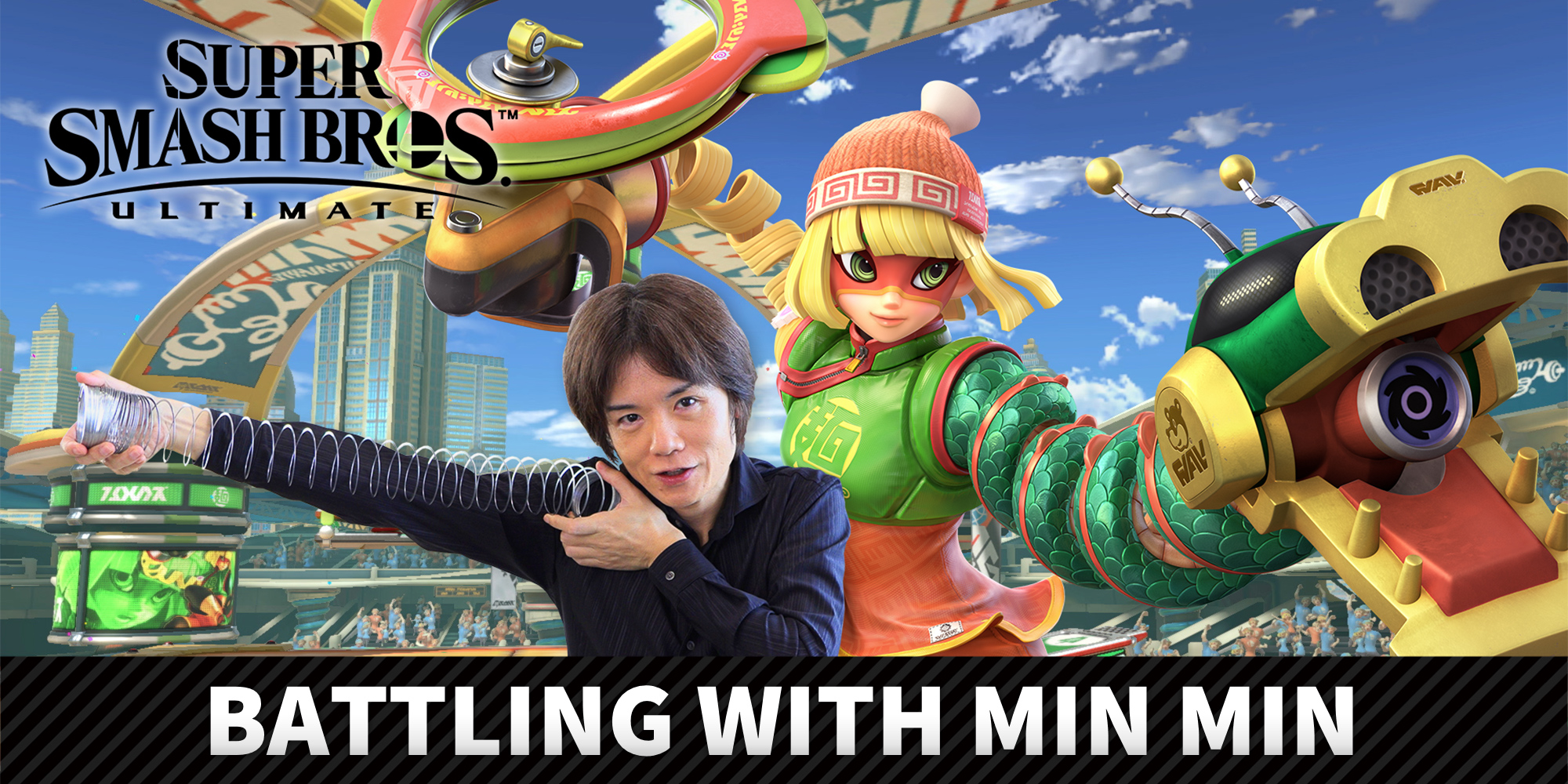 In a livestreamed video presentation, Super Smash Bros. Ultimate director Masahiro Sakurai revealed the next DLC fighter: Min Min from ARMS! Using her extendable arms and signature collection of weaponised gloves, this ramen-loving fighter is hungry for battle! See her in action by watching the above video.

Challenger Pack 6: Min Min will be released on June 30th, both as part of Super Smash Bros. Ultimate: Fighters Pass Vol. 2, or as an individual set. This set also includes the Spring Stadium stage, a Min Min route in Classic Mode, a DLC Spirit Board, and 18 music tracks from ARMS!

Fighters Pass Vol. 2 is available now and will grant access to Challenger Pack 6: Min Min from June 30th, in addition to five yet-to-be-announced Challenger Packs, each including one new fighter, one stage and multiple music tracks. Look out for more info in the future!*