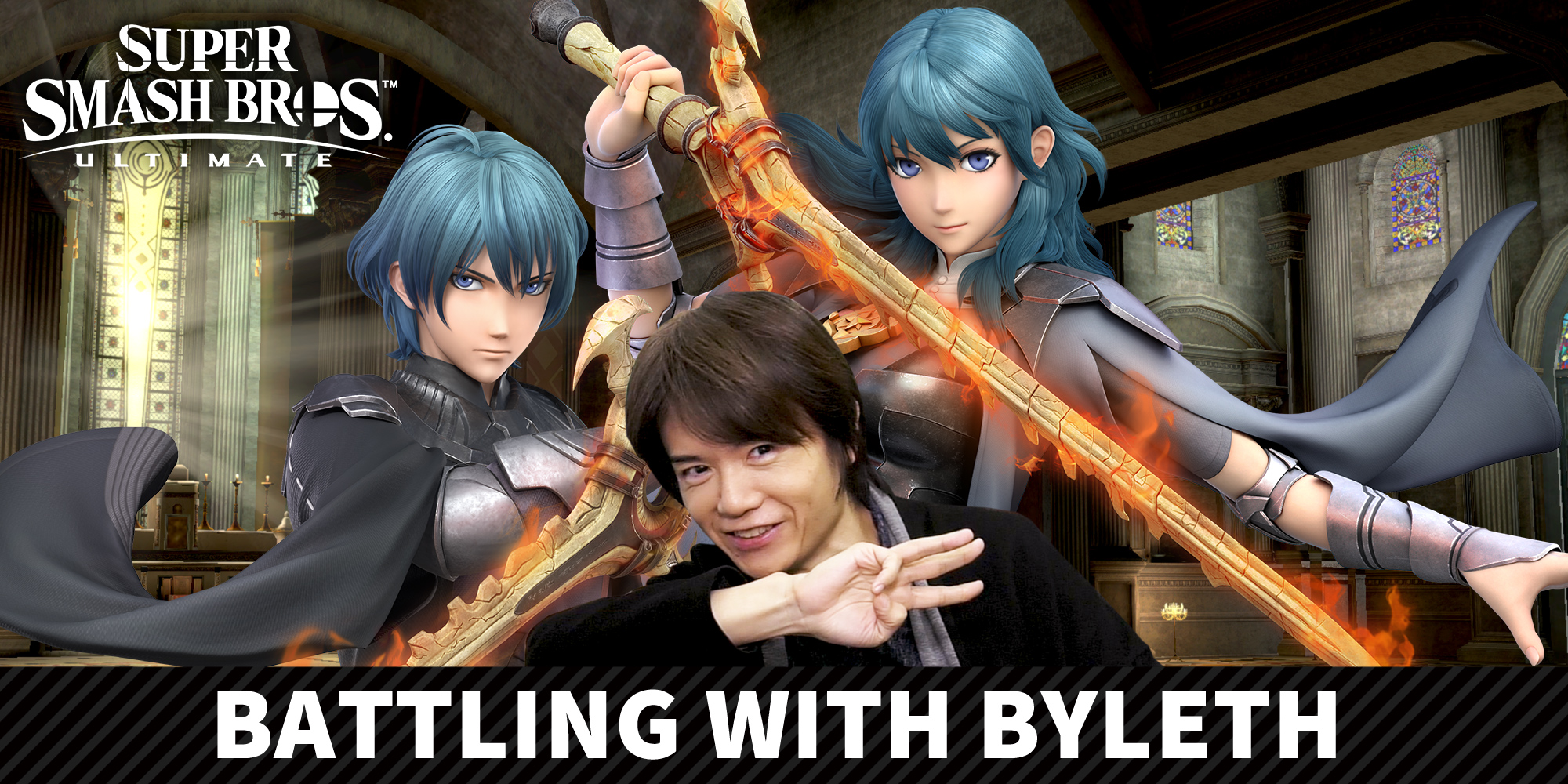 In a livestreamed video presentation, Super Smash Bros. Ultimate director Masahiro Sakurai announced the latest DLC fighter: Byleth from Fire Emblem: Three Houses. Using a variety of Heroes' Relics, including the Sword of the Creator, Byleth is ready to teach foes what Super Smash Bros. is all about!

Get all the info in the video below:

The lesson will begin when Challenger Pack 5: Byleth is released on January 29th, both as part of the Super Smash Bros. Ultimate Fighters Pass, or as an individual set. This set also includes the Garreg Mach Monastery stage, a Byleth route in Classic Mode, a DLC Spirit Board, and 11 music tracks from the Fire Emblem series!

On top of that, Mr Sakurai also announced that six new DLC fighters are coming to Super Smash Bros. Ultimate as part of Fighters Pass Vol. 2. Fighters Pass Vol. 2 is available to purchase from January 29th and will grant access to six yet-to-be-announced Challenger Packs, each including one new fighter, one stage and multiple music tracks. Look out for more info in the future!*

Shape the future of a continent on the verge of war in Fire Emblem: Three Houses for Nintendo Switch. Find out more