Discover the excitement of ASTRAL CHAIN for Nintendo Switch with Nintendo Treehouse: Live 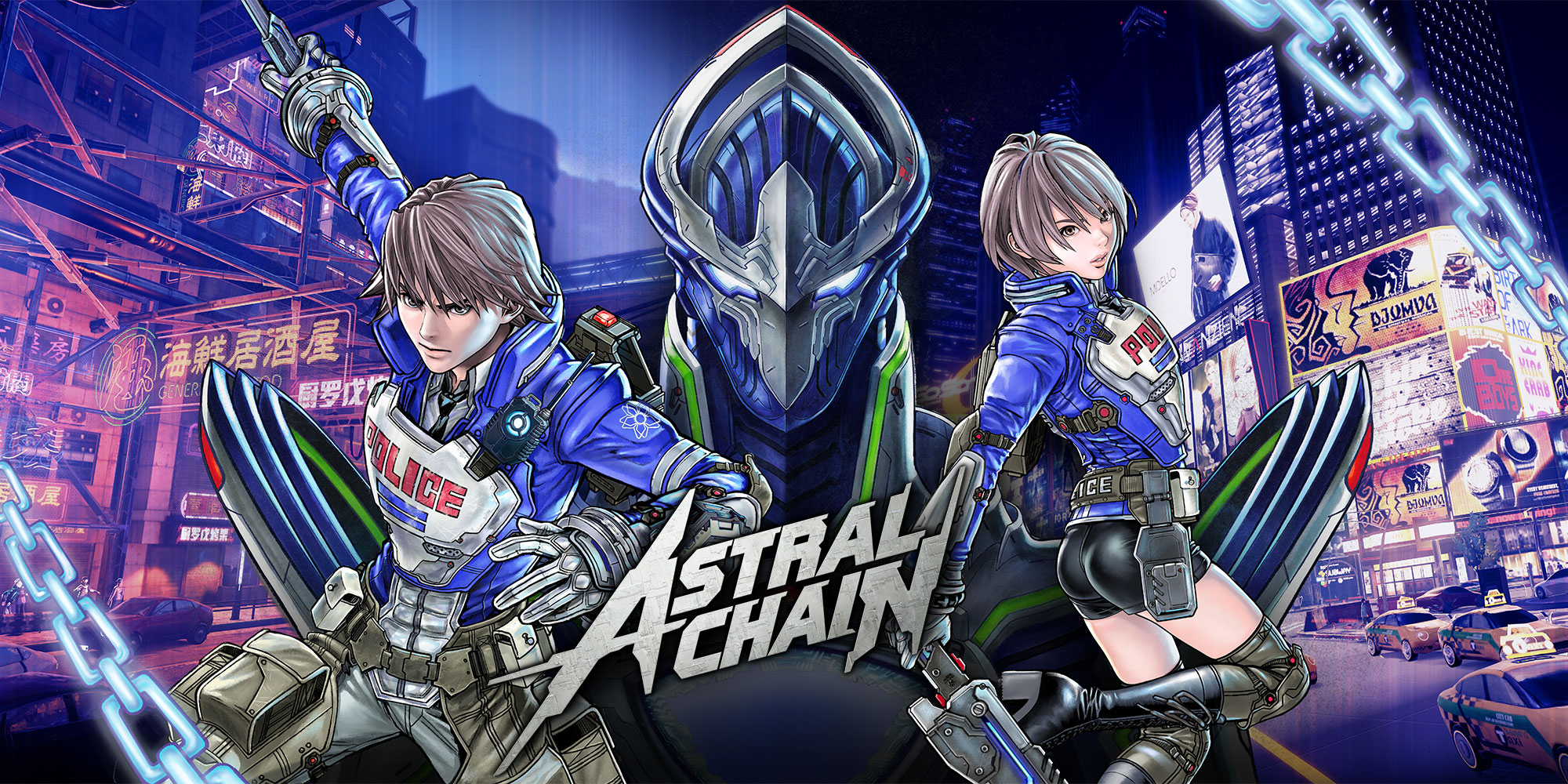 Team up with a special weapon, the Legion, to investigate and fight against alien-like creatures invaders in ASTRAL CHAIN™, only on Nintendo Switch! Find out more

Prepare to jump into a world of invading monsters and fast-paced combat with ASTRAL CHAIN™, arriving on August 30th only on Nintendo Switch! Developed by PlatinumGames, this new game offers a completely new take on the developers’ trademark flair for action and shows that when it comes to battle, two heads really are better than one …

Set in the near future on an Earth ravaged by alien invasion, you’ll join an elite police task force to wipe out the interdimensional threat known as the Chimera. Thankfully, you fight alongside the Legion – weaponised creatures able to change form and battle the Chimera head-on. Using the Legion’s unique skills, attack together to fight the same enemy or target different opponents simultaneously. Investigate the invasion and try to save mankind from total annihilation!

During E3 2019, Nintendo Treehouse: Live went hands-on with ASTRAL CHAIN and were joined by the game’s director, Takahisa Taura. As well as demonstrating the investigation and exploration side of the game, Mr Taura jumped in to show off the combat including the different forms of Legion and how you can use them fluidly in battle against the Chimera.

You can see both videos for yourself below, including some expert play from Mr Taura himself!

The ASTRAL CHAIN Collector’s Edition is also set to launch on August 30th. Arriving in a special collector’s box, the package contains the ASTRAL CHAIN Game Card, a Sound Selection CD, a 152-page ASTRAL CHAIN Artworks book and a Shikishi art board with an illustration by renowned manga artist Masakazu Katsura.

(Please check with your local retailer for information on current availability.)

For more on ASTRAL CHAIN, visit the gamepage or join the Nintendo Switch community on Facebook!

ASTRAL CHAIN will be available in shops and as a downloadable version from Nintendo eShop on August 30th 2019, only on Nintendo Switch.