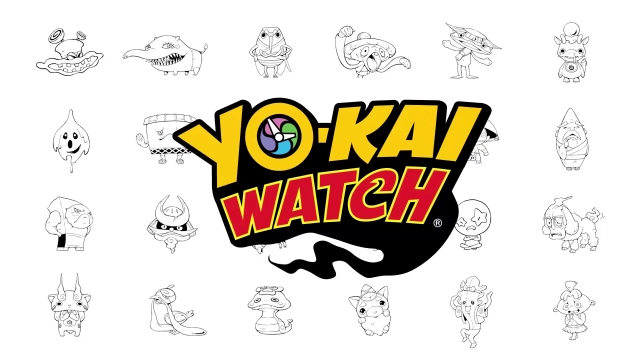 23rd February, 2016 – Developed by esteemed Japanese games developer Akihiro Hino of LEVEL-5 Inc. and published by Nintendo, the eagerly anticipated Japanese cultural phenomenon YO-KAI WATCH® for Nintendo 3DS family systems will launch on 29th April across Europe. With over 10 million units in the series shipped to date, European fans will now get to explore the vast town of Springdale as they investigate the mysterious Yo-kai, who are causing all sorts of problems for the local residents.

In Springdale there are mysterious forces behind everyday problems. From always feeling hungry to spending too much money or saying something mean accidentally, behind all these common problems there are very likely to be a mischievous Yo-kai to be found. Yo-kai are charming, funny, outrageous characters that can be found everywhere, living in their own secret world from our own, and with a habit of causing a lot of weird problems for people – often with hilarious results. To protect the town, players will need to befriend as many Yo-kai as they can; with a little luck and some good tactics, they can be befriended and relied on for help, but many have their own problems that need solving too. Yo-kai such as Jibanyan, an abandoned cat with an affinity for fighting trucks who just wants to impress his old owner, or Komasan, a mild-mannered Yo-kai who needs a hand finding his lost brother. As the new owner of the powerful Yo-kai Watch, a watch with a lens that allows the normally hidden Yo-kai to be seen, players must solve the mysteries of the Yo-kai, get to the root of these issues and protect Springdale.

In addition to the main story there are hundreds of additional quests littered throughout Springdale just waiting for players to find them. Exploring and finding these quests are all part of the fun: Springdale is a vast town with a number of shops, parks, a forest, and even more secret locations to be discovered. Completing these additional quests will help players level up their Yo-kai to an even stronger level, and sometimes find even more new Yo-kai to recruit! Existing Yo-kai can also be combined using Yo-Kai Fusion to create new unique and powerful members of your party – some of which cannot be found any other way.

It takes more than just a strong party of Yo-kai to win battles though. Players must also have a smart strategy, as battling the powerful Yo-kai bosses is sure to keep even the most proficient YO-KAI WATCH® players on their toes. All Yo-kai possess their own unique abilities, called Soultimate Moves, that when unleashed can swiftly turn the tide of battle. Players will need to carefully manage their party on the Nintendo 3DS Touch Screen to swap their Yo-kai in and out of battle, judge when to use their Soultimate Moves, and wisely use items to keep their Yo-kai in good condition. Friends can also pit their best Yo-kai teams against each other by battling via Local Play.

Get ready for a deep, charming RPG adventure set in the mysterious world of the Yo-kai when YO-KAI WATCH® launches for Nintendo 3DS family systems on 29th April in Europe.

Find Yo-kai, befriend them, turn them into a team and then challenge evil Yo-kai to help people in YO-KAI WATCH®, only on Nintendo 3DS family systems. Find out more