Side with the family who raised you, defend your true homeland, or forge your own path in Fire Emblem Fates, coming to Nintendo 3DS on 20th May

28th April 2016 – The fate of two nations is in your hands when Fire Emblem Fates releases exclusively for Nintendo 3DS family systems on 20th May. The latest in the long-running series of strategic turn-based RPGs will see players choosing to side with the Hoshido family they were born to, the Nohr family they were raised by, or forge their own path in one of three unique campaigns in Birthright, Conquest and Revelation respectively.

Fire Emblem Fates is the latest title in the franchise following 2013’s acclaimed Fire Emblem: Awakening, and will release in Europe on 20th May following the series’ best-ever launch in the United States earlier this year. Each entry in the Fire Emblem series spans across different nations and continents in the same world at various points in its history, and sees the player take control of an ever-growing army as they attempt to prevent war and restore peace to their realm.

For the first time in the Fire Emblem series, the player’s customisable avatar, Corrin, is the lead protagonist. Raised as royalty in the Nohr Kingdom, their life is forever changed when they discover that they were actually born to the Hoshido royal family, but were kidnapped as a child by the evil Nohrian King Garon. However, both nations are on the brink of war, and Corrin must now choose whether to help defend the kingdom they were born to, help reform the regime they grew up in, or reject both sides of the conflict in an attempt to broker peace between the nations.

Each path that Corrin can choose – protecting Hoshido in Birthright, siding with Nohr in Conquest, or refusing to choose in Revelation – will change the story in significant ways, providing wholly different Fire Emblem experiences each suited to different play styles and player experience levels. Those who play Birthright will be able to take on the Challenge Maps, which allow players to earn experience and money whenever they choose, much like Fire Emblem: Awakening. As such, this path is ideal for newcomers, or those for whom Awakening was their first experience with the series. Conquest, however, contains a different cast of recruitable characters and does not have these Challenge Maps, resulting in more limited character growth and finances, and thus a tougher challenge more akin to older games in the Fire Emblem series, and is therefore most recommended for franchise veterans. The download-only Revelation path represents the ultimate challenge of the three paths, and will reveal the truth behind the war, and is thus recommended especially for those who have finished one or both of the other story paths. Revelation will also include the Challenge Maps and allows recruitment of all but two characters from the previous two campaigns, with one new character exclusive to the Revelation story.

Battles in the Fire Emblem series often see players take their small force of recruited soldiers against ever-increasing armies as they attempt to restore peace to their nation. Combat is turn-based, requiring careful planning as any false moves or failed attacks will see units become exposed and vulnerable to the enemy’s attack. Making strategy even more important is the fact that, should one of the player’s units be cut down in battle in Classic Mode, then they’ll either be killed off for good, or will become too injured to ever return to the battlefield to aid you.

The release of Fire Emblem: Awakening saw the introduction of Casual Mode, where fallen characters are revived after each battle. Fire Emblem Fates introduces Phoenix Mode, where any fallen allies will revive after each in-game turn, providing a new, easier difficulty level for newcomers and players who want to concentrate on the story. With Phoenix Mode, Casual Mode and Classic Mode, players of all skill levels will be able to cut through the combat in a way that best suits their abilities.

Those familiar with the Fire Emblem series may also find themselves approaching combat in ways they haven’t before. By accessing Dragon Veins on the map, new pathways can be created and travelled across, while the terrain can be changed in order to aid progress or hinder the enemy, opening up unprecedented tactical possibilities. The weapons triangle – where axes beat lances, lances beat swords, and swords beat axes – has also been expanded to include magic, bows and additional weapons, making careful planning and strategy even more important if you wish to keep your allies out of harm’s way.

After each battle, players can spend time in their base of operations, which allows them to interact with recruited characters, bolster their defences to keep out invaders and build new structures, some of which are exclusive to the Hoshido or Nohr sides and allow the purchase of new weapons and items. Friends can face off against each other in turn-based combat in both online and local multiplayer; each side can take five of their favourite units into battle to see who is the ultimate strategist.

Meanwhile, tapping in the Ike, Lucina, Marth or Robin amiibo (sold separately)* will cause these heroes of past Fire Emblem games to appear in the player’s castle. After the third time these heroes have visited your castle, they can be challenged in combat. Should you prove to be the superior strategist, then they will join your force and can be used as an ally in future battles.

Both Birthright and Conquest are wholly different campaigns that contain unique challenges, and by accessing the Branch of Fate on the main menu, it’s possible to purchase the opposing path at a reduced cost, as well as Revelation when it launches on 9th June, using Nintendo eShop funds. Strategists yet to decide which version they want to play through can find out more about these games in two Developer’s Commentary videos, A Tale of Two Families – Birthright and A Tale of Two Families – Conquest, now available on the Nintendo YouTube channel and the Fire Emblem Fates gamepage.

Those who want even more content have the option of purchasing Fire Emblem Fates Map Pack 1 via the Dragon’s Gate, accessible after the completion of Chapter 6, from 20th May. The eleven downloadable maps that make up this pack will be released periodically from launch through to July, providing a series of extra challenges, opportunities to gain more experience and money, and even recruit a new character. Late July will also see the launch of Map Pack 2 in Europe, which will include another six downloadable maps, providing plenty of content to keep strategy fans busy throughout the whole summer. An additional free piece of content will also be made available during the distribution of each Map Pack. 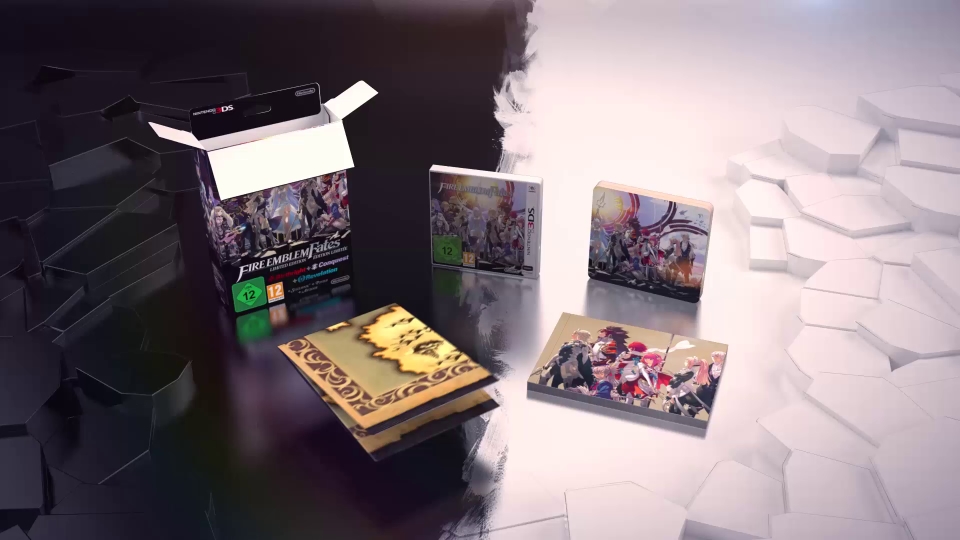 Fire Emblem Fates will also release as a Limited Edition, featuring a Game Card with all three story paths included, an artbook, a landscape dual-sided poster and an exclusive SteelBook® case. This Limited Edition also lets players get their hands on the Revelation story path before it releases on Nintendo eShop at the later date of 9th June. The New Nintendo 3DS XL Fire Emblem Fates Edition** is also released across Europe on 20th May, providing the perfect opportunity for budding strategists to join the ranks of Nintendo 3DS owners and experience the latest entries in the Fire Emblem series. Owners of New Nintendo 3DS systems will also be able to purchase new cover plates that feature the warring families of Nohr and Hoshido. 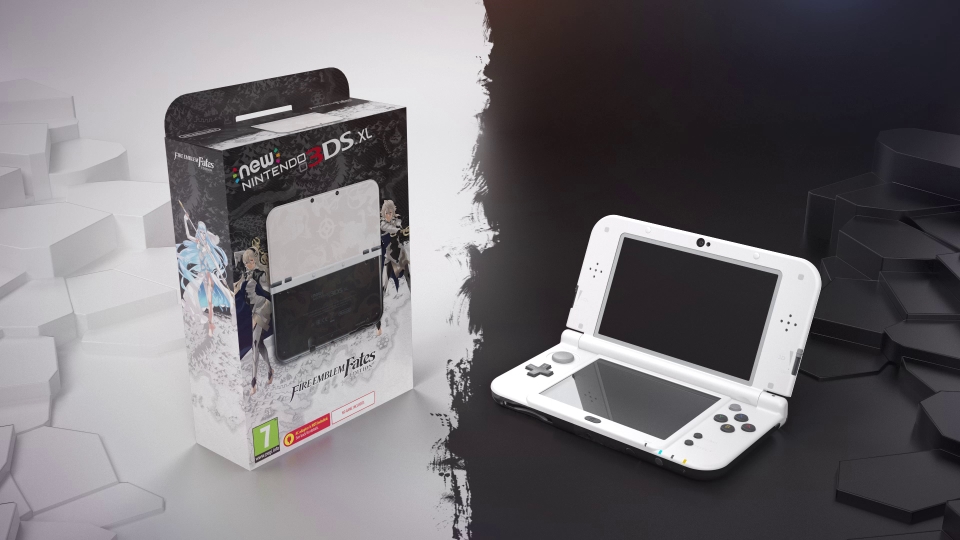 Command your army with expert precision, form stronger relationships and decide your fate in Fire Emblem Fates for Nintendo 3DS! Find out more

Learn all about Nintendo Switch – OLED Model from the console’s developers!

Metroid Dread Report Vol. 10: To those departing for ZDR

Some final thoughts ahead of the launch of Metroid Dread