If there’s one thing that Nintendo eShop on Nintendo 3DS has plenty of, it’s games – and with a line-up that’s growing every week, you can download something to suit everyone’s taste. But it’s not just about download versions of your favourite packaged titles! Watch our new indie games trailer below and you’ll see that there’s also a huge range of great games that come directly from independent developers: smaller teams not affiliated with the big-name publishers who’ve carved out a niche for quality gaming all of their own. And what’s more, these titles are only available from Nintendo eShop! 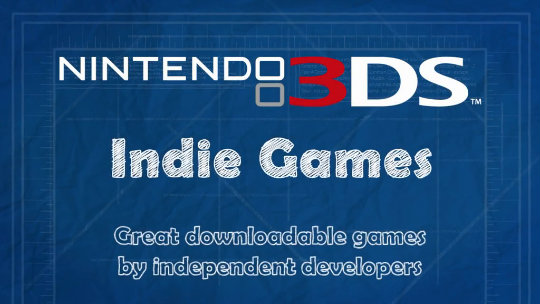 For those in the know, the term ‘indie’ is almost a genre of games in its own right, and they’re often quirky, clever or with a retro theme. For people who are relatively new to games they’re a fun experience with plenty of charm, but to anyone who’s been playing videogames for years, they can be a real trip down memory lane…

Take VVVVVV, a game that harks back to the classic era of platform gaming. Don’t be fooled though; while it looks simple, it’s actually an incredibly devious platformer! The trick to exploring the many, many areas of VVVVVV is the ability to switch gravity with a single button press – use it to negotiate devilishly designed chambers, deadly spikes and other traps as you try to rescue your friends and escape an alternate dimension.

But that’s not the only indie game on Nintendo eShop that’ll bring back memories of classic gaming. Gunman Clive – with its hand-drawn art and Wild West setting – offers side-scrolling shoot ‘em up action straight out of an 80’s arcade with challenging gameplay to match. Mutant Mudds adds a touch of Nintendo 3DS flair to the old-school action-adventure genre, allowing 2D sprites to move into and out of the screen in 3D. Run and jump your way through each stage, collecting gems and blasting those evil Mutant Mudds with your trusty squirt gun!

If it’s speed you’re after, then 2 Fast 4 Gnomz is the indie game for you: a frantic sprint across land and through the air as you race to collect socks and find yourself a princess. You’ll need sharp eyes and even sharper reflexes if you want to earn the maximum number of stars at the end of each stage! For those who want something a little more laid back but still just as addictive, there’s escapeVektor, a futuristic action puzzler that’s easy to pick up but tricky to master. Fill in the grid, use abilities and evade enemies in order to escape the CPU, then upload your scores online and see how you stack up against your friends across 150 levels. It’s tougher than you might think!

Although it may seem that all indie games are retro in nature, there are also some that retain classic styles of gameplay but use a more modern visual style. In this vein, Fractured Soul is an exciting sci-fi platform adventure with a twist: you control characters on both screens of your Nintendo 3DS system at once! Each screen offers its own mix of platforms, enemies and obstacles, meaning you’ll have to switch between the two in order to complete each stage. It’s a combination of old-school platforming and modern technology that can only happen on Nintendo 3DS.

You can see all of the games mentioned above in action in our Indie Games trailer, which you can watch here and on your Nintendo 3DS system via Nintendo eShop. With so much great gaming on hand, you’re positively spoilt for choice… the question is: which game are you going to go for first?

There's something terribly wrong in an alternate dimension! Help Captain Viridian flip to find five crew members, 20 hard-to-reach Trinkets and save a dimension on the brink of destruction. It's a space opera in the most unique scale with a style that only VVVVVV can bring to you. Find out more

In the year of 18XX, the West is overrun by thugs and outlaws. A group of bandits have kidnapped Mayor Johnson's daughter and are spreading havoc across the land. Only Gunman Clive can bring order to the West and save the girl! Find out more

Our hero, Max, may be just a 2D sprite, but he can leap into the third dimension by jetting between the background and the foreground playfields with his trusty jetpack in this unique dimensionally-woven experience. Find out more