From his seminal 80s adventures to his athletic escapades with Mario at the Olympic Games, Sonic is set to return for a fast and frenetic comeback! Sonic Colours for Wii and Nintendo DS sees the blue hedgehog return to doing what he does best – but he gains some exciting abilities to use on his latest high-speed, full-octane quest to defeat Dr. Eggman.

Nintendo of Europe: Could you describe for us a little of the setting and background story of Sonic Colours?

Takashi Iizuka: The games are set in this fantastic world, which is something that’s really big news for a Sonic title - often the levels are more realistic. Something we’re doing for this title that’s pretty unusual is we brought in some American writers to help with the story. This was done for several reasons: to help make it more accessible to the Western audience but also to create a story that’s funny and interesting for adults as well as accessible for children. 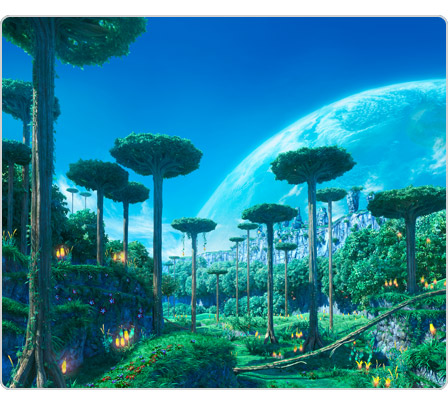 The story goes that Dr Eggman, Sonic’s arch nemesis, has created a massive theme park in space. In order to do that, Dr Eggman has captured various small planetoids from around the galaxy and tied them together with energy chains. Living on some of these planetoids is an alien race of energy beings known as Wisps and Dr. Eggman is using them as part of his mysterious plans in some way.

NoE: What can you tell us about some of the Wisps that Sonic will encounter?

TI: The Wisps are energy beings that have strange powers and there are many varieties of them that are different colours. By touching them and absorbing them Sonic is granted different powers depending on the Wisp he touched.

The Cyan Wisp gives the first colour-associated power. By freeing the Cyan Wisp, Sonic absorbs it and is able to use the Cyan Laser power. One use of this power is to defeat enemies quickly and move instantaneously across the level.

Another power is obtained by absorbing the Yellow Wisp – with this Yellow Drill power Sonic can drill underground. For the first time, not only can Sonic run across the surface of the world but also drill down beneath and discover objects and hidden areas. So through using these colour powers Sonic can do all kinds of new things. You might not be able to see anything but if you use the Yellow Drill power to explore you could find a 1-Up item and access an alternate route. Throughout the design of the stages we’re really trying to reward the player for exploring and experimenting. 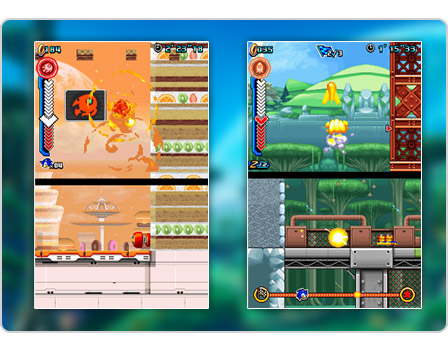 By saving and absorbing Orange Wisps, Sonic earns an “Orange Rocket” colour power which allows him to fly straight up like a rocket. Using this ability enables Sonic to reach places too high for him to jump onto, and also to find routes that you can’t normally see.

Pink Wisps are Wii-exclusive Wisps, and they give Sonic a colour power called “Pink Spike”. With this ability, Sonic can stick on to anything. With the sharp spikes, Sonic can stick onto vertical walls, ceilings, but also the spikes which normally damage Sonic. 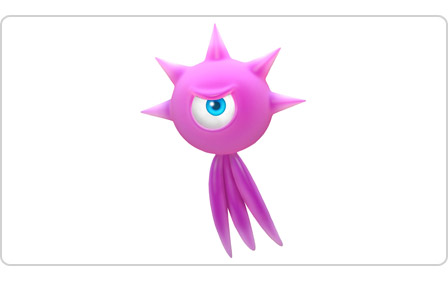 As for Red Wisps, they are Nintendo DS-exclusive Wisps which give a “Red Burst” colour power. Like the name “burst” suggests, this is a colour power which is surrounded by fire. Not only does this destroy enemies, it also allows Sonic to fly by using the momentum generated from the explosion. Some stages feature gimmicks utilising the fire from the colour power.

All the colour powers will have multiple uses and players will have a lot of fun experimenting and finding good uses for these colour powers. For example, when players first play through a stage, they’ll be able to see rings underground and be wondering how to access them, but when they get the Yellow Drill power they’ll realise. And if they try to use it underwater they’ll see it allows them to move quickly underwater like a torpedo.

Another example is the glowing crystal rods you see in some levels. When players get the Cyan Laser power they may learn that if they shoot the laser at the rod it will open up a kind of “light cable” route that is shorter and will take them through the level. With the Cyan Laser power not only can you decide when you want to use it, but also the direction to use it in. You can use it to take out enemies but also bounce it off walls to try and find hidden areas. One unique part of the level design is that there’s a huge number of multiple paths – more than in other titles.

NoE: What other familiar faces might we meet apart from Sonic?

TI: Only Sonic is playable but in the core story Dr. Eggman and Tails will appear. In the Nintendo DS version some other familiar characters will appear… 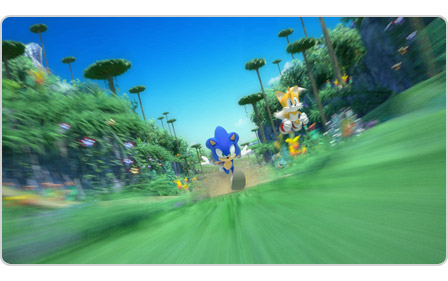 NoE: You also revealed two brand new characters: Orbot and Cubot. What can you tell us about these characters? What is their role in the games?

TI: The two robots are aides to Dr. Eggman, and while they do not appear in the gameplay, the two are unique sub-characters who will appear frequently in the story. Orbot, the circular-shaped robot, is a clever, loyal and highly capable robot, but also a bit fed up with Dr. Eggman’s plans so he has a slightly cold aspect to him as well. As for Cubot, the cube-shaped one, he is attached to Dr. Eggman, but not as smart and also lazy. So he is a bit of a dumb character and is often scolded by Dr. Eggman. 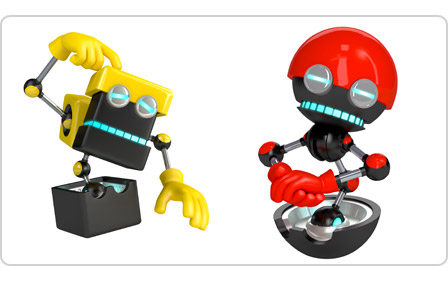 Their personalities add a real fun and joyous aspect to the story. In particular, Cubot’s character changes depending on the voice chip he’s got installed, so the two robots can really be quite amusing.

NoE: What can you tell us about the multiplayer modes on Wii and Nintendo DS? How will they function and will there be an online component to them? Is it possible to play co-operatively as well?

The Nintendo DS version’s multiplayer is a “Versus Race” style, making full use of the dual screens. Shown on the upper screen is the player‘s character, while the lower screen has the opponent’s character. This allows the players to race while checking where their opponent is and how they are performing. There are items to obstruct the opponents, so you can expect heated competitions. In addition, the Nintendo DS multiplayer mode can be played with either Single Card or Multi-Card Play. Using Nintendo Wi-Fi Connection allows you to compete against players all over the world.

As for the Wii version, because you will play watching the same TV monitor, we’ve gone with Co-op rather than Versus mode. Players will control Sonic-like “Virtual Hedgehogs”, where two players will co-operate in the high-speed action. Colour powers are available while playing this mode. Some colour powers can be combined if the two players use their colour powers at same time. On top of that, the multiplayer mode allows you to play as your Mii character! So this was a new challenge for us, coming up with some high-speed action fun for family and friends. 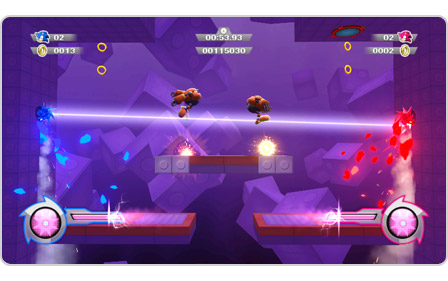 NoE: What are you most satisfied with in terms of how the game was developed?

TI: It’s been hard to add additional powers to Sonic until now – we feel we’ve added a good range of additional powers. We think we’ve come up with a suite of powers that don’t kill the tempo and add to the game. Sonic is still moving quickly but there’s a wide range of uses, there’s a lot more variety in the gameplay – I’m really happy with that.

NoE: Iizuka-san, thank you very much for your time!

Sonic Colours for Wii and Nintendo DS will be available from shops November 12th. 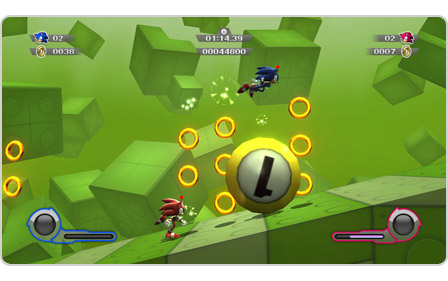 Get ready for the return of the fastest thing on two legs as Sonic the Hedgehog gears up for a new adventure on Wii. Sonic Colours sees Sonic making a comeback in a spectacular action adventure that combines speed with classic platform gaming. Find out more

Get ready for the return of the fastest thing on two legs as Sonic the Hedgehog gears up for a new adventure on Nintendo DS. Sonic Colours sees Sonic making a comeback in a spectacular action adventure that combines speed with classic platform gaming. Find out more

The Nintendo DS demo for Sonic Colours is out now!