16 September 2009 – Nintendo of Europe is today holding a summit for media and developers in the heart of London, at which it will exclusively reveal a whole host of new games scheduled for launch on WiiWare and Nintendo DSiWare in the coming months. And who better to show off the games than the creators themselves!

Highlights of the day will include a world-first hands-on experience of LostWinds: Winter of the Melodias developed by Frontier, creators of the original LostWinds for WiiWare in 2008. David Braben from Frontier will be speaking exclusively to media on this new sequel and explaining why he believes the game couldn’t have happened without WiiWare. 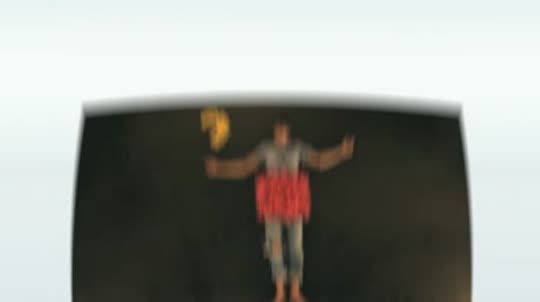 Other major names from the gaming world are attending to speak about their enthusiasm for WiiWare and Nintendo DSiWare as great platforms to create unique games. Dave Grossman of Telltale Games, who wrote and programmed the first two games in the legendary Monkey Island series at LucasArts, will be discussing why Telltale Games chose WiiWare as an exclusive console platform for the hilarious new Tales of Monkey Island.

And gaming legend, Kenji Eno, is attending the event to unveil his new WiiWare game, You, Me, and the Cubes.

Nintendo will also be unveiling the first in a series of animations produced exclusively for Nintendo DSiWare by Aardman studios, the creators of the Oscar-winning Wallace and Gromit films. In an exclusive partnership with Nintendo, Aardman Studios has produced 12 mini animations using Flipnote Studio, the free and fun animation application for Nintendo DSi, which will be available to download for free, one per week in the run up to Christmas.

Laurent Fischer, Managing Director, Marketing & PR, Nintendo of Europe, who is hosting the event, said: “The market for video games is changing, reaching different people and in different ways. Wii and Nintendo DSi are also part of a new way to develop, deliver and experience games – by download.

“Exciting new, smaller developers are able to use the Nintendo Shop to reach consumers where they may have struggled before. This is encouraging different types of games to reach people, and encouraging customers to play those games direct from their consoles.

“We believe that this will complement the traditional retail model and in fact expand the overall gaming market, offering unique, innovative games that will appeal to all types of gamers. We also believe that the download phenomenon will encourage more creativity, co-creation and sharing of experiences between gamers themselves.”

In one final exclusive, Nintendo announced that it will launch a ‘Connection Ambassador Promotion’. The rewards scheme for loyal fans of WiiWare will start in Europe this October and will allow players to become Ambassadors by encouraging friends and family to get connected with their Wii. The Ambassador, as well as the player they help connect, will both receive 500 Wii Points for connecting one person. When the Ambassador helps connect 20 people (which is the maximum number for the reward), the total amount of Wii Points received will equal 10,000, which can be spent on fun and unique WiiWare games.

Even better, if the Ambassador helps 10 people connect; they can attain gold status, which will then enable the Ambassador to download all Nintendo first party NES games for free on Virtual Console! If, however, they help 20 people connect, they will be given platinum status and will be able to download for free all first party and third party NES, SNES and N64 games on Virtual Console!

Today also marks the relaunch of Nintendo of Europe's WiiWare portal, which functions as the main hub for the latest WiiWare news and game sites, while at the same time providing the perfect entry point for newcomers to the service. Weekly and all-time Top 10 lists show which WiiWare titles Club Nintendo members are currently downloading the most, and which are the most popular of all time. The portal also provides step-by-step tutorials explaining how to connect the Wii console to the Internet and how to download WiiWare software, as well as a video showing how to use Nintendo Points. Visit www.wiiware.co.uk for all the details.

The full list of games on display at the WiiWare and Nintendo DSiWare media summit include:

LostWinds: Winter of the Melodias

Nintendo of Europe's website for LostWinds: Winter of the Melodias on WiiWare, including game details, screenshots, video and a hands-on preview. Find out more