Another way in which I don’t feel Super Mario Bros. has changed is how the various people involved in development pack in so many ideas. Everyone from newcomers to veterans can say, “How about this?” and “How about this kind of device?” and throw out ideas and bounce them off each other, resulting in the birth of new forms of gameplay. What’s more, you can really see how everyone who makes the games instils them with their love for Super Mario Bros.

I agree. And something else I think hasn’t changed is how it has remained a classic action game. We don’t have to worry about whether it is or isn’t like other games. I can come right out and say what I’m honestly thinking, like, “This is what I want to do this time with Super Mario Bros.”

In particular, when we made New Super Mario Bros. Wii, everyone from newcomers to veterans like Miyamoto-san, Tezuka-san and (Toshihiko) Nakago-san18 was saying let’s do this and let’s do that - whatever they wanted, really. 18Toshihiko Nakago: President of SRD Co., Ltd. One of the developers of Super Mario Bros.

Everyone has their own idea of Super Mario Bros., so everyone says something different.

Yeah, absolutely everyone! (laughs) But I think that’s because all the developer’s really like Super Mario Bros.

Thank you. Now I would like to finish by asking what each of you hope to achieve as you continue to work in the Super Mario Bros. tradition. Fujii-san, can you answer first? Or would you rather wait?

Sure. (laughs) Nishimura-san, will you go first?

Okay. I talk to lots of people about Super Mario Bros., and there’s a sort of unwritten tradition with regard to what it’s like.

The unwritten tradition of the essence of Mario .

Right. You can’t put it into words, so I want to thoroughly pick it up for myself, bit by bit, and become able to express it fully in the games.

What made you think, “Aha, that’s it!” in the unwritten tradition of the essence of Mario?

When it comes to design, you can easily tell at a glance whether the stuff will just make you weaker or let you lose your turn at once.

You have to visually represent the situation and various functional possibilities.

Right. For example, I made a poisonous swamp for World 5 of New Super Mario Bros. Wii, but at first I was told that you couldn’t tell at a glance that falling there would let you lose the turn so it must look more dangerous.

It must have been difficult to tell that it was dangerous if you fell in.

Yeah. In the first art I did, it did look tranquil and pretty, even though it was a poisonous swamp, so in order to make it look dangerous at a glance, I changed it to a striking purple colour, emphasised the movement of the water, and added bubbles rising to the surface. That’s how I realised how important it is to create images that will allow anyone who sees them to understand immediately what the situation is. 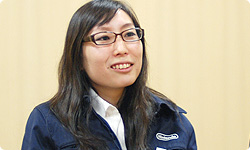 As a programmer, there are times when you have to take an enemy from past games and make it move in a new one. When the movement is off, often I’m told something vague like, “The movement is sort of weird,” rather than exactly what to do to fix it.

You try to make it look the same, but someone else can spot the difference.

Right. It’s difficult to figure out exactly how to fix it, but I want to be able to make old and new enemies look natural. In order to do that, I want to return to my childhood, as it were, and work hard to make something that looks right through the eyes of a child. 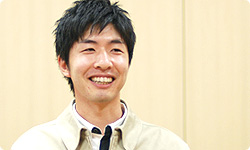 Put another way, you want to make games from the viewpoint not of a developer but of a player.

Matsuura-san, what do you hope to accomplish?

When I first played Super Mario Bros. 3, I was surprised to see the mountains and clouds in the background had eyes.

Oh. (laughs) It think that made a big difference. Because of that kind of playful spirit, anyone can like these games. So even if times and technology change, I want to make new Super Mario Bros. games without losing that playful spirit. 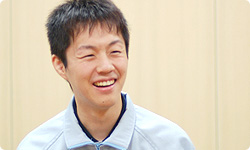 I want to make songs to accompany fun memories that will stick with future players forever, the way I was influenced when I was a child.

You want to make songs that people will catch themselves humming even if they don’t have the game.

Yes. And I want to make game elements that will naturally raise players’ spirits. Kondo-san has done that all this time. For example, things like

Video: the drums when you mount Yoshi

Another way in which I don’t feel Super Mario Bros. has changed is how the various people involved in development pack in so many ideas. Everyone from newcomers to veterans can say, “How about this?” and “How about this kind of device?
the drums when you mount Yoshi in Super Mario World.
Iwata:

Right. Such sounds with some tweaks have appeared in several places in the Super Mario Bros. series.

Yeah. I want to be able to think up and include sounds that will make playing more fun. 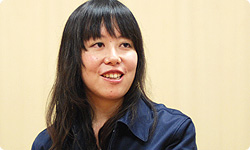 Okay. This may sound extremely commonplace, but I want to make something that won’t let players down. I think paying attention to small details - like having thorns on enemies who do damage and having a platform visible up ahead when Mario reaches a drop-off - will result in a game that doesn’t betray players’ hopes.

It’s also important to make sure that when players work hard to make progress they receive some sort of reward. 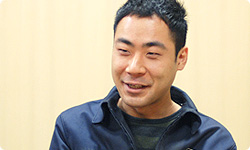 Thank you. It isn’t at all unusual that a product temporarily becomes popular and experiences a boom, but I feel like it is a bit of a miracle how Super Mario Bros. has kept its popularity for 25 years, and when I look at Super Mario Bros. these last few years so many people are playing it that I wonder if it is reaching a new peak. I want Super Mario Bros. to stay popular and I expect that in 25 years, when the 50th anniversary of Super Mario Bros. rolls around, your generation will be carrying on the Super Mario Bros. tradition, so it has been quite pleasing for me to hear the comments of you developers born in the 1980s. You each played in your own way, playing with your friends, sneaking into your older brother’s room to play with your younger brother, and learning how to play from an older neighbourhood boy. (laughs) You might say that you were in a relay as players of Super Mario Bros., now you are in a relay as makers of the games, and veterans like Miyamoto-san are running at the head of that relay. This marks the fourth “Iwata Asks” interview that I have done for the 25th anniversary of Super Mario Bros. Next time, I will have a rich conversation with Miyamoto-san, Tezuka-san, Nakago-san and Kondo-san. Thank you for coming today. 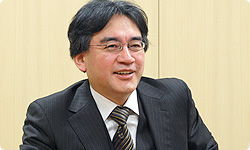