6. Super Mario and a Bicycle

Why do you think Super Mario has continued to be such a central character in video games for so long?

That's a tough question, but I think it involves a build-up of trust. Those who played Super Mario games as a kid now have kids of their own, and when their kids say they want to buy the next Mario game, parents won't hesitate to buy it. I think it's because customers have the impression that it will always be a safe buy.

I agree. Throughout the 25-year history, there are different generations who grew up playing these games, and they might remember being hooked as a kid, or feel very nostalgic about them. And I've heard a lot of people from the Famicom generation say that when they bought New Super Mario for Wii, they were able to play together with their children.

And it's not always the same old thing. As we talked about earlier, we're always thinking of changes to make.

Which means people who played a long time ago can buy a new Mario game, and be surprised or amused by the fresh gameplay elements, which I think adds a new layer of trust. And I'll bet children of today can still have a lot of fun with the first-generation Mario games.

That's true. Today's youth can still play the Mario games from way back when, while the Famicom generation can pick up a new Mario game and play it right away. I was talking to Sugiyama-san the other day when we did an Iwata Asks - Super Mario All-Stars, and he told me that once he took out the Mario All-Stars from his closet and started playing for the first time in years, his "fingers remembered" how to play.

I like to think of it like riding a bicycle. When we learn to ride a bike as a kid, we fall over a number of times but eventually get the hang of it. Then when we get on one again for the first time in years, it comes right back to us. It's a similar situation with Mario games. After 10 years, or even 25 years pass without playing, we can get right back on the "bike" like it was yesterday.

For example, even if the bike has three wheels all of a sudden, you still know how to peddle if you want to move forward.

And even if there's a cutting-edge set of gears attached...

Even if the bike is really fast, or if it's really old and low to the ground, your body remembers that by peddling you're sure to move forward.

In the case of Mario, pressing the A Button to jump is something that never changes.

Right, some elements of the game never change, just like the flagpole we talked about earlier, and the basic control scheme is set up so that your fingers can "remember" how to play any generation of Mario game. I think that gives players a nostalgic feeling - being able to play the same way as before. And for people who want to ride a fancy bicycle like a road bike, it would be like picking up a 3D Mario game, and when actually playing they'll see that it's also all about moving forward to reach the goal.

Even the younger generation who've only played new Mario instalments can pick up an older Mario game and know how to play it right away. I'd say your "bicycle theory" is a pretty convincing one, Koizumi-san. Thank you for that. I'd like to wrap this up by asking all of you how you'll be involved with Mario in the future, and what you'd like to see the Mario games become from here on. Let's start with you, Kimura-san.

Okay. I have a feeling my involvement with Mario games is going to continue into the future, so my hope is to expand the steady stream that my senior colleagues Miyamoto-san, Tezuka-san, Konno-san and others have achieved with the series as much as possible. 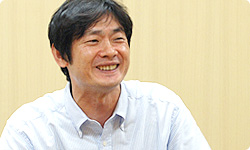 In order for the Mario brand to reach as many people as possible, I'd like to widen the new appeal of the surrounding characters, like what was done with Luigi's Mansion 25 for example. I'd like to create various genres by linking Mario, Luigi, and other characters to them. 25Luigi's Mansion: An action adventure game released simultaneously with the Nintendo GameCube in September 2001. 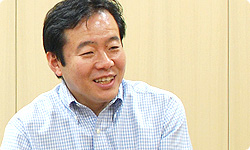 I'm pretty sure Nintendo will continue to release games for the Mario series for a long time to come, and I hope that those in charge of creating these games will understand what has to be preserved, and what can be changed. Discussing these various things is important for developers because I believe they are directly linked to customer trust. Not just for Mario games, but for game software in general, I'll continue to preserve the important elements, while at the same time adding new elements in an effort to reach the perfect balance. 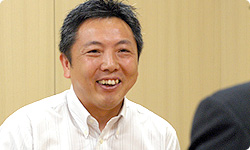 I've been making 3D Mario games up to now, and it's been difficult to grab or ride on objects floating in midair with these sorts of games since the beginning. But if the Nintendo 3DS can produce a sense of distance that can be easily understood at a glance, I feel I'll be able to more confidently create the tense stages that require you to jump from platform to platform in midair without falling. There's still a whole range of things I'll be able to do with Mario games in the future. Also, I'd like to get people more acquainted with the Mario character. For the 25th anniversary, someone suggested that we make a

Why do you think Super Mario has continued to be such a central character in video games for so long?
Mario Drawing Song 26. I thought it sounded like an interesting idea, so we made one with Flipnote Studio27. The drawing and music were created by staff members from EAD Tokyo Software Development Department. And the singing was also done by staff members. (laughs) With the drawing song I'm hoping people from all over the world will be inspired to draw Mario pictures. He's really not hard to draw, so I encourage all of you to give it a shot. 26The Mario Drawing Song: A drawing song about Mario that was created to commemorate the 25th anniversary of Super Mario Bros. Check here for details on the Mario Drawing Song. 27Flipnote Studio: Free memo pad software released as Nintendo DSiWare in December 2008 in Japan. The stylus can be used to create doodles, and by replaying a series of doodles in succession you can create your own flipbook animation. Check here for details on Flipnote Studio. 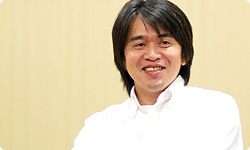 Thank you very much. Through the years I've gained this impression, that Mario games are the software which has been aggressively incorporating the latest video game technologies of the times. With Mario World for example, which was simultaneously launched with the Super Famicom, I felt like it was a performance catalogue documenting all of the amazing things the Super Famicom hardware was capable of. And then with Super Mario 64 after that, I felt like saying to the developers, "How high do you have to raise the bar before you're satisfied?!" That software showed off how amazing the Nintendo 64 was in various respects. However, the things that should be preserved in Mario games absolutely continue to be preserved. This ensures that, no matter which Mario game someone picks up to play, as Koizumi-san put it with his "bicycle theory," the "experience points" earned by fingers playing past titles allow players to immediately play others in the series without trouble. And when making a mistake, players feel like it was their own fault, and want to get right back up on that "horse" and try again, until eventually they overcome whatever obstacle was holding them back for quite the feeling of accomplishment. I think this essence is shared by all titles in the series. But of course each title has its own unique expression and is loaded with new ideas from the development staff as well, a continuing tradition that has always met the expectations of Super Mario fans, and I believe will continue to do so in the future. Although so many trends in the entertainment industry rise and fall through the years, Super Mario Bros. has miraculously been widely accepted not only in Japan, but by different nations, peoples, and cultures around the world. Even 25 years since the release of Super Mario Bros., we have been blessed with the great fortune of Mario remaining as a major player on the front lines of video game stardom. My hope is for us to continue meeting customer expectations with new and exciting forms of entertainment as we move into the future. And I want to thank all of you for doing this today. 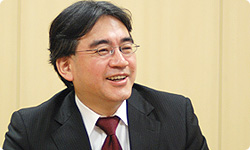