3. The Troubled Early Days of Famicom

Xevious, which had dominated at the arcades, was then released for the Famicom and drew a lot of attention, but at the time third party companies were manufacturing and distributing the game cartridges themselves, weren’t they?

Right. The licensing business wasn’t established at that time. Of course, as the Famicom gained favourable reception and began selling more and more, we started getting requests from all over, saying, “Let us make a game for it!” But we didn’t have a patent on Famicom software, so we had to treat it as merely a matter of trademark rights, saying, “The Family Computer System is a trademark of Nintendo.” But having lots of other companies prepare their own cartridges has caused problems. When Atari Inc. opened its hardware in the U.S., the Atari Debacle11 followed, and the video game market crashed. 11 Atari Debacle: In 1977, American company Atari Inc. released the wildly popular Atari VCS console, but it is said that overproduction of poor software caused the market to shrink rapidly during the year-end sales season of 1982, resulting in the end of the video game boom.

There are various theories about the Atari Debacle, but it is certain that the overproduction of inferior games caused consumers to lose faith in the industry, so you wanted to avoid a recurrence of that nightmare at all costs.

Right. I was really worried that something similar would happen, and in the end a certain company did release a faulty cartridge, which had to be withdrawn from the market.

Various companies were independently making their own cartridges and Nintendo couldn’t guarantee the quality, so as a result, some trouble arose.

Right. Nintendo received all kinds of complaints. We recognised that it was a big problem and we had to do something about it. So Nintendo decided to establish a Famicom licensee system whereby Nintendo would manufacture the cartridges and guarantee the quality. 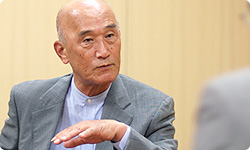 About when was that?

It was complete around January of 1986.

So it took about three and a half years after the release of the Famicom.

A lot happened after the Famicom release... (feelingly) That was really a hard time.

In the end, the Famicom sold over sixty million units worldwide, but that doesn’t mean everything went smoothly from the start.

The Famicom reached one million units eleven months after its release.

Thinking about it now, that’s quite a slow pace.

We had really stretched ourselves to make it, so when you compared it to Game & Watch, that was an extremely poor yield.

The yield wouldn’t go up, but - maybe because they were selling well - there was a serious shortage of supply.

But that wasn’t on purpose. We just couldn’t make enough. What’s more, problems were appearing one after the other. One example was the “disappearing ball”...

That was a bug which caused the ball or white lines in Baseball 12 to disappear under certain circumstances. 12 Baseball: A sports game released for the Famicom system in December 1983. The game was released in Europe for the NES in 1991.

We had stretched to make it, so the thermal design was insufficient and it would heat up fast, causing the sprite for quickly displaying the graphics to disappear. Another problem were the square buttons on the controller . They would get stuck down.

We hadn’t expected them to see so much use.

But we did a one-million-punch test on those buttons!

No problems occurred, so we released it with absolute confidence. But they came back to us in no time at all.

I heard that when the Famicom started selling well, Nintendo’s service office was overflowing with repairs. 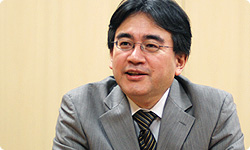 It really was. I don’t think we really understood how people play home video games. We solved the button problem by making the square buttons round, but I think players were using more force with their fingers than when using Game & Watch.

They were probably using a lot of strength. When gripping a controller, just about anyone will use a lot of strength in pushing the buttons, and to make Mario jump, everyone (swings his body) would use incredible strength...like this. (laughs)

And I heard the cable connecting the controllers to the console would sometimes come off. That experience resulted in better designs for Nintendo’s products today.

And for the Famicom, you connected to the television antenna input, but if you didn’t do it right, the TV picture would stop showing. After the Famicom started selling, I found myself in a three-way battle against stuck buttons, disconnected cables and blank TV screens!

Televisions at that time didn’t have a video input terminal.

That wasn’t always the case. When we looked into it, just over 10% had video input. But if we had included a cable for that ten-plus percent of televisions with video input, the cost would have gone up, so we abandoned that and just had the system connect to the antenna input. But then TV screens wouldn’t show anything, and if you made a mistake in connecting, the picture might show up on another nearby television. Electronics shops must have been quite busy addressing these problems.

If someone made a mistake in connecting to the TV and sent their console back to us because of that, there wasn’t anything we could do.

If someone called Nintendo, the lines were probably so busy they couldn’t get through. As a result, they ended up contacting their local electronics shops, making them hustle around on account of the Famicom. I’m really sorry about that.

(feelingly) It was nothing but complaints at first.

(laughs) I suppose the worst complaints went to you.

Really, all I remember about the Famicom is handling complaints!

But looked at another way, it sold well even though you had to reconfigure the TV antenna. It must have really been an appealing product.

Indeed, it seems everyone was able to overlook that.

It must have been an incredible product to overcome all those problems. I think what was decisive in that was the appearance of Super Mario Bros. in 1985. That one game blew away the uncertainty that had hovered up to that point. Super Mario was that amazing a game!