What was Ricoh calling about?

At that time, Ricoh had a semiconductor factory with the most advanced facilities, but they were having trouble because the operating rate wouldn’t go up. They wanted me to go take a look at it and see if there was any way we could use it. At the time, that factory was only operating at 10% capacity.

A 10% operating rate for a big factory is a nightmare, right? It’s said that a factory’s operating rate significantly influences profits in the semiconductor industry, which requires an immense amount of investment. How long had passed since Yamauchi-san told you to make the console?

Not two months. I wanted to check out every possibility, so I paid the factory a visit, and it just so happened that the person who had taught Nintendo the circuit design for Nintendo’s video games a while back for TV Game 6 and TV Game 15 was there. He said, “Let’s do it!” However, without an idea of what kind of console we wanted to make, without something to aim for, we couldn’t move forward, so I asked - thinking he would probably say no - if he could make something that could run Donkey Kong .5 5 Donkey Kong: An arcade action game that appeared in 1981. The Famicom version was released simultaneously with the console in July 1983 in Japan. In Europe the game was released for the NES in October 1986.

So in other words, you asked if he could put the arcade version of Donkey Kong that ran on the large arcade circuit boards with lots of integrated circuits into a small, one-chip device.

Yes. When I think about it now, I think I was spot-on in asking “Can we make Donkey Kong?” rather than “Can we make a circuit like this?” It seems like the engineers at Ricoh were starving for the challenge of working on some new technology. Even more important to them was the idea that if they worked at it, they could take Donkey Kong home! (laughs) 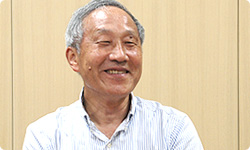 They were on fire. (laughs)

Yes. They were gamers, so it was lucky they thought like that.

But why did you say that?

To be honest, at that time there wasn’t anything to write up as specifications, so we decided to start by actually putting together something to see how well we could recreate Donkey Kong.

Yes, if you actually make something, it’s easy to tell what you can do with a new machine and what graphic capability it has.

It was impossible at the time to simply port arcade games for home use, but fortunately, we had been handling circuit design for the arcade games within Nintendo, so...

You knew everything about the circuits.

That’s right. And at the same time, we had software developers like Miyamoto-san, so we were able to make suggestions, saying things like “it should, at the very least be able to do this.” We preserved the essence of the original and were able to draw upon the maximum amount of talent by discussing all together how the game could be somewhat simplified.

Nintendo had three strengths at that time: the product Donkey Kong belonged to it, the game’s developers belonged to it, and so did the hardware engineers who had made the system board for the arcade version. 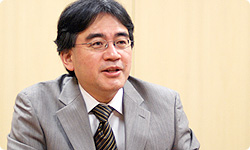 If Ricoh hadn’t called you...

It probably wouldn’t have gone anywhere, and Yamauchi-san would have given up in frustration or we’d have bought an IC (integrated circuit) chip from somewhere else.

Yes. We might have just made something normal that would have faded away before long. But I don’t think we could have accepted that. At the time, the game we liked more than any other was Donkey Kong, so we wanted to use that no matter what it took.

After all, Yamauchi-san had told you to make a console that no one could compete with for three years.

Imanishi-san, next I’d like to ask you something. As Nintendo was tackling development of the Famicom, you weren’t directly involved with development, but you were lending support in a number of ways from the sidelines to see that development went smoothly. What did you think of the challenging work they had undertaken?

When work on the Famicom began, I hardly touched it at all. You see, Game & Watch was experiencing a number of difficulties. 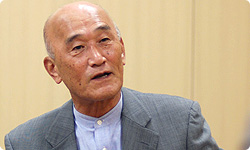 Oh, right. At the time, business for Game & Watch had really grown, involving you in one problem after the next, so you had your hands full.

Yes. All I remember about the Famicom is thinking, as mentioned earlier, how terrible it was that the operating rate at Ricoh’s factory was so low, and that they had found a great "stone”6 for the CPU. Even today, I remember thinking, “Oh, that’s good.” 6 “Stone”: semiconductor. Originally, when transistors (semiconductor devices) were becoming widespread, transistors were often called “stones” in Japan because they used natural rock as semiconductor materials. That nickname remained even after integrated circuits (ICs) replaced transistors.

Uemura-san, how did you come to adopt that “great rock”?

The one Ricoh suggested was a CPU called 6502.7 It wasn’t widely used at the time, it was said that the only people in Japan who could understand it were a few people at Tokyo University and Kyoto University. The reason we used it was that it would be hard to analyse. 7 6502: An 8-bit CPU announced by MOS Technology, Inc. in 1975. It suddenly became well known when it was used for the Apple II, but it did not see widespread use in Japan as a CPU for personal computers. The Famicom’s CPU is a modified version of the 6502.

To say “a few people” might be exaggerating a bit, but it was a CPU unknown to all but those who had a special liking for it. It was my good luck that the Famicom’s CPU was the 6502. By chance, the computer I used for fun in university was a Commodore PET. Its CPU was a 6502, so by the time I started working, I was a 6502 expert.

Right, right. At that time, you even pointed out a bug to me. (laughs)

Oh right, a technique for saving memory. I showed you something and was like, “Look what you can do with the 6502. I doubt this was in the plans, but there’s this bug you can make use of.” (laughs)

Normally, in porting Donkey Kong, the quickest way would have been to use the CPU in the arcade version. But Ricoh wanted us to use the 6502, which they had the license for. When I said I wanted to use the 6502 at Nintendo, the staff told me that I make such decisions because I didn’t make video games.

Maybe the reason you experienced in-house resistance was that even people at Nintendo had never used that CPU. The most common 8-bit CPUs back then were what were known as the 80s, CPUs like the 8080 and Z80. It was most common to use those for arcade games like Donkey Kong.

That turned out lucky for us, though. After the Famicom went on sale, if someone from another company opened it up, they wouldn’t be able to make sense of it.

Even if another company wanted to make a game for the Famicom, they wouldn’t understand the CPU, and wouldn’t be able to do anything.

Right. At the time Nintendo was going to handle all the Famicom software itself.

At the time, the licensing business wasn’t established, so as with Game & Watch, the company intended to develop our business solely on the basis of our own products.

Right. Then, when we announced the Famicom to the mass media, the reaction among newspapers and so forth was really cold. The Famicom didn’t have a keyboard, so...

They were like, “How come you decided to include the word “computer” in the name?” 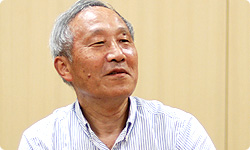 Right. To us, it was a computer, but we would be providing the games, so customers wouldn’t have to.

It’s unimaginable now, but back then it was only normal for people who bought computers to do their own programming.

Right. So I told them that with the Famicom there would be multiple games for one piece of hardware, as opposed to one game per console as with Game & Watch. And it was our policy at first to make all the games ourselves.

And it actually turned out that one full year after the release of the Famicom, no other company had released any games for it.

A game from Hudson, with whom we jointly developed Family BASIC 8, was the first. But it seems that before that, about half a year after the release of the Famicom, an engineer at Namco (now Namco Bandai Games) looked at the Famicom’s CPU and said, “Hey, isn’t this a 6502?” 8 Family BASIC: A peripheral product for the Famicom released in Japan in June 1984. It was composed of a cartridge and keyboard for creating simple video games with the BASIC programming language.

Namco started out without knowing anything about the CPU, but figured out for themselves how the Famicom produced its visuals and sound.