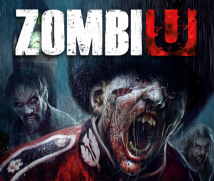 2. What Is And What Isn’t Possible

Yves, would you mind telling me a little about Ubisoft itself?

How many of you were there in the company back when you first created Ubisoft and made the first Zombi?

Ubisoft was actually started by myself and my four brothers. We started in the south of Paris with about 20 people, including my brothers, but now we have 22 studios with over 7,000 people in 26 locations around the world.

Did you already have the name Ubisoft when you released Zombi?

Yes, that’s right. My brother Gerard came up with the name – it comes from the word Ubiquity, which means existing everywhere. We wanted Ubisoft to spread across the whole world in the same way.

So why were you and your brothers interested in making computer games back then?

We were interested in games ourselves, but we also noticed how kids coming home from school wanted to play games and saw a business opportunity there. We were living in Brittany20 at the time and we saw potential to not only sell games locally, but across France and even abroad. Each of us had our own skills: Michel could program and Gerard would give instructions to improve quality, so we were able to divide up our work accordingly. 20 Brittany: A region in north-west France. 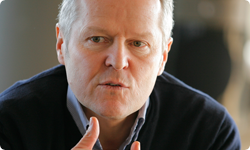 So the five of you all cooperated, using each of your own skills and managed to create this company. That’s quite a unique story! How old were you at the time?

The youngest was 21 and the oldest was 31. Although there’s a difference of 10 years there, we were all really impassioned by the gaming industry.

I feel like we were thinking in just the same way, but in totally different countries. (Laughs) I also started from a very small software development company.

We were inspired to aim big by the small yet dynamic world that was the early days of the gaming industry.

We were exactly the same in that sense. Ubisoft was named after Ubiquity because you wanted to be everywhere in the world and HAL21 was named as such because each letter put us one step ahead of IBM! Laughs21 HAL: Refers to HAL Laboratory, Inc, the Japanese development company that worked on the Kirby and Super Smash Bros. series. Iwata joined it as a contract programmer and later became its president.

I think that’s actually very important. There are always huge opportunities to grow. That’s a huge advantage in this industry.

I think we might have just solved the mystery of why I feel such a connection with you! Moving on, Xavier, I think we mentioned earlier that you were involved with Just Dance on Wii?

By now dance games are firmly established as a genre, but I don’t think anyone was expecting Just Dance to start such a revolution. Although it isn’t our main topic for today, could you tell me about the origins of Just Dance?

Of course. The original concept of Just Dance was actually a rhythm minigame in Rayman Raving Rabbids. It was a music minigame where you had to move in time to the rhythm; it wasn’t really about dancing, but when you were playing it and moving to the rhythm it kind of felt like you were dancing. So we decided to give it a try and did some prototyping with the Wii Remote.

There have been dance games before that relied on skill and a sense of rhythm, but they were less about dancing exactly and more about moving correctly. We decided to make a game where you simply had to follow the movements on screen and could really just dance. This meant that even if we had to have a less precise tracking system, that was okay.

So even if your movements were a little off, it was fine according to the game rules?

Exactly. And no matter how many mistakes you made, you could keep playing through the whole song and simply enjoy dancing. When we released the first game we had some negative reviews about the game not tracking accurately, but actually it was doing just what we wanted! 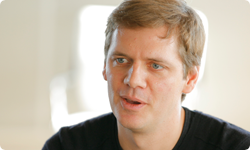 I imagine many of the first people to play it were perhaps put off by how different it was to existing dance games.

I think we found the right balance between rating the player’s movements accurately so that they can judge their performance and improve, and simply letting them enjoy dancing.

If the game had required you to perfectly mirror the movements, I don’t think it would have been anywhere near as popular in the end.

Although we had negative reviews from the gaming media at first, we later saw more and more support until we got to where we are today.

I think that Ubisoft have succeeded more than any other company at establishing a new franchise using the Wii Remote. Why do you think the company has managed to do so well there? I’d be very interested to hear your thoughts! (Laughs)

What exactly do you think Nintendo was trying to do?

From the start it wasn’t about the precision of the tracking, but about having a new way of playing using your whole body, or at least your hand. We understood this early on after seeing the Tennis game in Wii Sports23.23 Wii Sports: A sports game including five different sports – Tennis, Golf, Bowling, Baseball and Boxing – that was released together with the Wii console in Europe in December, 2006.

That’s exactly right. In the planning for Wii Sports, we clearly distinguished between what you can and can’t do with the Wii Remote. I think all the testing you did at Ubisoft allowed you to become very skilled at seeing this distinction, and that experience paid off with Just Dance by helping you make good decisions about what is and isn’t possible. 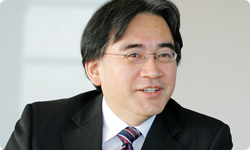 I think the concept for Wii was that it shouldn’t just be the person playing who is having fun. Games can be fun with more players and all the people watching in the living room should also be having fun. The approach we took with Just Dance was precisely that. Some people are good at dancing, some people are bad at dancing, some people just want to show off and others are too shy to dance. We took an approach that would allow all of these people to dance and enjoy the game.

Looking back now, I feel as if Just Dance is a game that really brought together a number of different elements and approaches, then made them all work.