5. A Title to Make You Fully Satisfied

So you were all single-minded in your determination to get the job done, and the result is Xenoblade Chronicles. Could I ask each of you for a final message to the readers? Would you like to start, Yokota-san?

In an RPG, you become the hero and experience a simulation of a world and a story. With this in mind, we have made it so the fine details of this game can be enjoyed at a good pace, and we were very particular about how the story ends, so once they complete the game, players will have the energy they need to face the next day with a positive attitude. I will be very pleased if players can feel the true enjoyment of an RPG, both in the excitement of the adventure, and in the feeling of achievement when it’s over. Also, we’ve made it so that

Video: your appearance changes in real time when you switch weapons or armour

So you were all single-minded in your determination to get the job done, and the result is Xenoblade Chronicles. Could I ask each of you for a final message to the readers? Would you like to start, Yokota-san?
your appearance changes in real time when you switch weapons or armour , and this is an important element in giving the player a sense of being immersed in the game world. We’ve also combined that with a system where your ability to dodge will be enhanced at the expense of your defence when you are dressed in lighter garb. 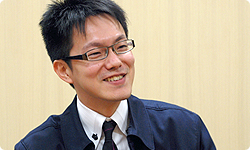 So your appearance is reflected in your abilities. But there are a huge number of possible variations, aren’t there?

That’s right. That’s why I’d like players to try on various costumes that take their fancy, finding out by a process of trial-and-error what effects they have on their status.

I’d like to talk about the scenario. While the plot itself is of course really interesting, the characters are incredibly appealing. When I played the game, I really felt that I was in the hero’s party, like I was one of his companions. That’s how likeable the characters are, and though they might sometimes say stupid things, you can’t help but like them. Everyone joins forces and gives it their all, and I think that depending on the player, they’ll feel like the characters are their friends, an older brother or sister, or a younger sibling. I hope that everyone who plays the game will feel that sense of closeness with their companions. With the female characters in the game, we’ve aimed to make them really cool looking, whether viewed from a male or a female perspective. I hope everyone can enjoy the strength and style of the mighty women fighting alongside you. 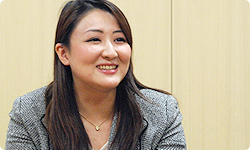 In terms of the game’s plot, there’s a scene early on that will make you want to scream at the top of your lungs: ‘Damn you!’ While the game is played over a huge area, and packed full of things to enjoy, you won’t forget that initial feeling. When you complete the game, the ending will make you glad that you persevered right through to the end. Though it’s a vast RPG, I hope players can lose track of time and enjoy playing all the way through. I’d also urge players to take control of all sorts of characters in addition to Shulk.

Can you select the player character you prefer?

That’s right. You can choose freely from seven characters. In the game, you also have night and day, with

So you were all single-minded in your determination to get the job done, and the result is Xenoblade Chronicles. Could I ask each of you for a final message to the readers? Would you like to start, Yokota-san?
different scenery and different types of monsters appearing. I hope players will also enjoy this variation. 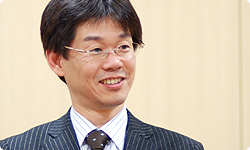 Well, I’m aware that I’m saying this in front of Takahashi-san who wrote the scenario, but I really did find the story incredibly gripping, and I’d say that just the story alone would satisfy anyone. Yamagami-san has already spoken about that early scene where you think: ‘Damn you!’ Well, another member of staff told me during the debug phase that they always cry at a certain part.

So they cried more than once?

So it seems. Even if they know what’s going to happen, they still shed tears. If you play the whole game, I’d say that some players might cry up to ten times! (laughs)

Up to ten times?!

I’m sure people will be moved, so I urge everyone to give it a go. What’s more, this is a game which you can play in a variety of ways. Players who want to see how things pan out can focus on progressing through the story. For players who prefer to roam around the vast game world, we’ve prepared richly-detailed fields you won’t grow tired of. There might be days when you’re gripped by the story, and want to focus on pushing the plot forward, and there might be other days where you just want to do quests. Either way, there is enough packed into this one title to fully satisfy you. I’d like everyone to enjoy it in the way they prefer. 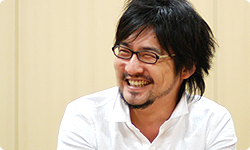 So you’re confident that there is enough packed into this one game to satisfy the player no matter which of the various ways to play they choose. Now, let’s have a final word from Takahashi-san.

With Xenoblade Chronicles, partway through the development process, I had accepted that we would have to cut corners to keep the initial completion deadline. However, when Yamagami-san was good enough to tell me to see it through to the end, we somehow managed to get the job done properly. In that sense, I’d say that this title differs from the other titles we’ve made at Monolith Soft, and I mean that in a good sense. But having said that, I think that it is still imbued with Monolith Soft’s distinctive character, and I’d really like players to see this for themselves. We created this title with the intention that players should invest a lot of time in it, and become thoroughly absorbed in the game world. Even if you’ve completed the game a single time, there will still be plenty of things you won’t have been able to do yet, so I’d say you definitely need to set yourself the target of getting through it again. You are bound to discover new things that you didn’t notice the first time round, be it in the story, the battles or the quests. I think we’ve made a game that won’t betray the player’s expectations. 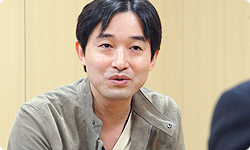 Thank you all very much. My impression is that by spending a lot of time to develop this title, we’ve been able to create a great example of a dense, detailed game. Monolith Soft and Nintendo, two companies with very different characters, joined forces and two contrasting teams were able to complement each other and achieve what neither company could have done alone. Xenoblade Chronicles is the fruit of this cooperation. Thank you all very much for joining me for this extended interview. 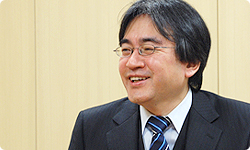