Even though you flicked the switch from caution to trust, the creative cultures of Monolith Soft and Nintendo were bound to differ. I’d guess that you must have run into quite a few difficulties on account of this, right?

Yes, that was certainly the case. When we make a prototype at Nintendo, the basic game system is of fundamental importance. With this title, Takahashi-san started by constructing the worldview of the game, whereas we at Nintendo wanted to begin by confirming that the game system works, before making certain that the game’s worldview could be realised on Wii. Only then would we start making the actual game. At Nintendo, this is the usual way things proceed. At Monolith Soft, in contrast, they have developed games by starting from a broad, thin base and building on it over time.

So there were differences in your fundamental approaches to making games.

Yes, that’s right. With a title as large in scale as this one, in particular, we couldn’t tell how long it would take to build things up from the broad base at the start of the project right through to its completion. What’s more, I wasn’t able to fully judge what exact goals Xenoblade Chronicles was aiming for. So I requested that they make something of more or less the same quality as the finished product, even if it was just one chapter. This caused Kojima-san some consternation.

Kojima-san, were you put in an awkward spot when Nintendo requested that you create something in a way that differed from your usual approach?

I wouldn’t say that I was placed in an awkward spot. But a lot of the design staff at Monolith Soft have always been the kind of people who build things up by continually adding more and more. For this reason, while they do have an image of the final version in mind, they tend to do things at a gradual pace.

A lot of artists continue to add more and more to their work, as the more effort they put in, the better it becomes. 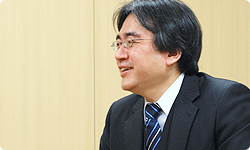 Yes, that’s right. Before Yamagami-san said he wanted us to just make the first chapter, I had wanted to work in the usual manner, doing things slowly but surely. I didn’t want to force the staff to work in a manner to which they weren’t accustomed. That’s why I initially replied that it was going to be tough just making that first chapter. But Yamagami-san pressed the point, so I decided that we had no choice but to give it a go.

And when you gave it a go, how did it work out?

Well, it rather pains me to say this, but it turned out to be a much easier way to do things!

We just attempted to create a single map, but it turned out well. When we actually did it, it was brought home to the staff very clearly and concretely that this was the kind of target we could work towards.

Being able to visualise your target is incredibly significant, especially with a game on this scale.

Right. It also made us aware of how much time we’d need to spend to produce one section, which was really great. But it was pretty gruelling all the same! (laughs)

When that first chapter was made with Kojima-san’s cooperation, I could look at it and say: ‘And the final product will be even better than this!’ That is to say, I got an image of what the end result would be like. I think it was incredibly important for both Nintendo and Monolith Soft to both be able to share this common image.

Okay, let’s hear from Hattori-san next.

When Yamagami-san initially told you that he wanted you to cast an objective eye over the scenario, how did you feel about it?

At first, I wasn’t sure what to do. Takahashi-san has a lot of long-standing fans, and Yokota-san had also told me how fantastic he was.

So you heard from Yokota-san, the huge RPG fan, how fantastic Takahashi-san was, then Yamagami-san told you that you had to match him...

That’s right! (laughs) And seeing as Takahashi-san is someone who’s paid his dues and has vast experience, I really wondered just what I’d be able to do. But in fact, the very first time I visited Monolith Soft and had the game structure explained to me while being shown that model, my heart really started racing.

So you were really excited by it too.

Yes, I was! (laughs) There was the fact that you could steadily climb further up the giant’s leg, and the fact that you could go to any part of the landscape you could see. It was a structure which really fired your sense of adventure, and it really did excite me. So I began by asking Takahashi-san all sorts of questions, so that I would share the same conception of how the game’s worldview could be realised. 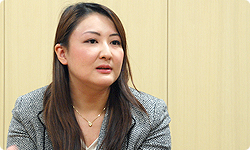 So Hattori-san’s role was to look at the scenario and make comments about it from an objective position, taking into account the perspective of players who might not know much about the world Takahashi-san was creating. Did she ask some questions that were wide off the mark?

No, no, not at all. I was actually really grateful for her input. There were a lot of instances where I’d be writing the scenario and be deeply engaged in taking things in a particular direction, and while I’d be really excited by it, Hattori-san would point out that she couldn’t really understand what we were getting at. One case in point is the game’s ending. Initially, we’d come up with what we felt was an ending with a rather explanatory feel. But in fact, she told us that even with this explanation, she couldn’t really understand it. When she pointed this out to me, I could see what she meant. There were things that seemed perfectly clear to us, but which were actually tricky to understand for players who didn’t have previous knowledge. If you’re referencing things that people know nothing about, it’s really a meaningless exercise, isn’t it?

Right. If you handle these things the wrong way, they’ll go right over some players’ heads.

Another issue pointed out by Hattori-san which I can clearly remember concerns the girl named Fiora, the childhood friend of Shulk, the hero. There’s a scene where she’s fast asleep and you touch her hand. 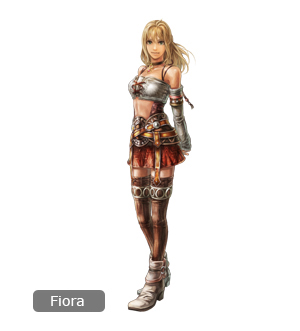 This was initially a scene where Shulk touched her cheek to communicate his feelings for her. But Hattori-san pointed out that suddenly touching a woman’s cheek while she’s asleep could be construed as being a little creepy.

Well, the two of them aren’t lovers, after all. That’s why I thought it would be a little surprising for someone you weren’t in a relationship with to suddenly touch your cheek while you were sleeping. It would spoil the innocent, naive nature of their love, and would make you think: ‘Wait! Shulk’s being a bit forward, isn’t he?’ (laughs)

I felt she had a point, and in the end we modified it so that he holds her hand. There were various cases like that, which was really interesting.

In that way, we gave Takahashi-san our objective take on the scenario, by being conscious of how the world which he had conceived could be made easier for players to understand.

That sounds just like the relationship between a writer and their editor.

That’s exactly what it was.

It’s natural that when you are working on something by yourself, there will be parts which conform to your own personal tastes. Whether it was an emotional or structural aspect, all sorts of unbalanced sections like this were picked up on by Nintendo, for which I was really grateful.

A writer’s role is to create something sharp and striking. An editor takes a step back and aims to adjust the writer’s work so it’s heading in the right direction, suggesting things like: ‘This is clear, but this isn’t coming across’, or ‘If you want this to be clear, perhaps you should think about adjusting this’. When the writer and editor have a good relationship, then things go in the right direction. So I think we can say that this time round, you ended up with a good relationship.

I agree. Thanks to this process, I believe that we’ve made a game that will be enjoyed by both RPG fans as well as a more general audience.