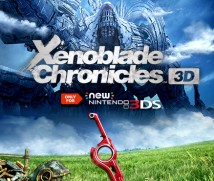 The worlds in the games you have created tend to have a sci-fi aspect to them. When did you start to cultivate those elements within yourself?

The first thing I remember is loving shows like Captain Ultra7 and Ultra Seven8 when I was really little, before I even entered play group. I’m not sure if you can call those sci-fi, though.7. Captain Ultra: A Toei Productions “tokusatsu” show. “Tokusatsu” is a Japanese word that means a TV show centring on special effects. 8. Ultra Seven: A Tsuburaya Productions tokusatsu show.

Sci-fi (science fiction) can also be translated as “fantasy science,” and Ultra Seven was a “fantasy tokusatsu,” so I think you could call it sci-fi.

Well, I really loved that type of fantasy tokusatsu as a child, so I think that’s probably where it all started for me.

I can imagine you may have also watched Thunderbirds9?9. Thunderbirds: A 1965 British sci-fi TV show using marionettes combined with scale-model special effects.

Of course I did.

I have my roots in Thunderbirds, although I was in play group then. (laughs)

(laughs) I also loved Star Trek10 and Star Wars. At the time, I lived in Shizuoka, so I could stay in the cinema all day…10. Star Trek: An American sci-fi TV series that began in 1966. Later on, a series of movies and spin-off series were produced.

The old cinemas didn’t run on the shuffle system11 like they do now.11. Shuffle system: These days, when a movie ends, viewers are ‘shuffled’ out, but in the past, at least in Japan, they could stay all day.

Right. Since it was a cinema in the countryside, I could see the movie multiple times in a day, and I could even see two different movies. At one point the cinema was showing Star Trek and Star Wars, and I stayed in the movie theatre all day.

I wonder what it was about sci-fi that the young Takahashi was drawn to.

I always liked messing around with machines. So then I started drawing them... drawing spaceships and rockets and those kinds of things... I just remembered that. I tried to think about why I liked rockets, but I think it stemmed from a heart-breaking incident. When I was four years old, I went to Expo '7012. 12. Expo '70: The Japan World Exposition, the world’s fair held in Osaka, Japan, during 1970. The theme was “Progress and Harmony for Mankind”, and 77 countries took part. At approximately 65 million visitors, it held the attendance record for a world’s fair until 2010.

Ah, the Japan World Exposition that was held in 1970.

The American Pavilion had the longest queue of any pavilion.

Right. My father went ballistic in front of the American Pavilion. He said, “We’ll never get in, no matter how many hours we wait.”

Then he said that we should go look at other places, and took us to all the pavilions with no queues.

The places without queues were the unpopular ones, right?

So I don’t even remember which pavilions we went to! (laughs) 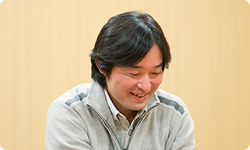 I really wanted to go to the American Pavilion and the Robot Pavilion14, but I couldn’t go to either of them – I think you could call that heart-breaking, couldn’t you? (laughs)14. Robot Pavilion: Fujipan Robot Pavilion. It drew a lot of attention because it was produced by Osamu Tezuka, one of Japan’s foremost manga (comic books) and animation producers, now deceased.

I’d call that heart-breaking. After all, it’s a painful event that you still remember, even though it happened 45 years ago (laughs).

Actually, I’ve got another heart-breaking incident in my childhood. My father wouldn’t buy me the toy robot I wanted, and I sobbed all the way home. That’s how much I loved robots.

So if you like robots, you must have been into Gundam15 too.15. Gundam: Mobile Suit Gundam. A 1979 robot Japanese animated TV series produced by Sunrise Inc.

Of course I was. My son calls me a Gun-Ota. (laughs)

A Gundam Otaku16? (laughs)16. Otaku: A Japanese word for an enthusiast or collector, particularly of video games and animated TV series.

So in other words, it might have been that those heart-breaking experiences – not being able to see the moon rock, not getting that toy robot – may have become the driving force for you to lose yourself in the world of sci-fi.

That’s true. On the other hand, if I had got into the American Pavilion, my life might have turned out a little different. So, after those experiences, I lived the life of a boy who loved sci-fi, including Gundam and beyond.

Sci-fi often has a lot of contradictions in the storylines, so it’s easy to joke about it, and when you start talking about that, it just makes things even more fun.

That’s true. When I was – I think it was in middle school – there was a sci-fi magazine called Starlog17. I read sci-fi magazines, and armed myself with all the knowledge I could. I really started to express myself then, thinking up my own stories and things like that.17. Starlog: A monthly sci-fi magazine, started in 1976, and published in the US by Starlog Group Inc.

You took in a lot and then started to create something using everything you’d gathered.

So, earlier you said that you liked to fiddle with machines. What kind of things did you do?

I took apart home electronics. You did that too, right, Iwata-san?

Of course, I loved doing that. (laughs)

But I did more dangerous things, like taking apart the stereo and the TV. (laughs)

Televisions do have high-voltage parts inside, so that’s extremely dangerous.

We had a really nice, big stereo in the house, and when I took it apart, I couldn’t put it back together. (laughs) My father was so angry.

So that was another time your father got angry with you?

(laughs) How old were you?

I must have been in play group.

Play group? That’s pretty precocious, to be able to take apart stereos at that age. (laughs)

I was the kind of kid who couldn’t see a screw without wanting to unscrew it. I was really curious about what was inside.

Did you fiddle around with electric circuits?

I don’t know if you can call it electric circuits, but I did play with those something or other blocks.

Oh, denshi blocks18.18. Denshi blocks: Produced by the now-Gakken Holdings Co., Ltd, these toy blocks contained electrical components such as transistors and resistors, and allowed children to learn the basics of electrical circuits through play.

Right, denshi blocks. I played with those all the time.

Denshi blocks were really expensive, so my parents wouldn’t buy me them. (laughs) You know, Takahashi-san, even though we’re slightly different ages, we’ve had a lot of the same experiences.

I never thought we’d be talking about Expo '70. (laughs)

I think there are a lot of people whose lives were changed by being able to experience a bit of the future at the Expo, even if it wasn’t your moon rock experience. 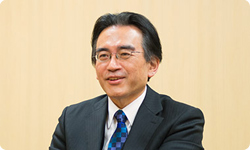 There must be, especially among people born from the late 1950s to the late 1970s.

I was born at the very end of the 1950s, and you were born in the 1960s, so we did have similar tastes during childhood. But In my case, I got into computers, and when I was a secondary-school student living in Sapporo, I used programmable calculators19 and made games, which really came in handy later on when I started to work on video games.19. Programmable calculators: A calculator which uses a program, much like a computer, to make difficult calculations automatically.

On the other hand, you were exposed to all kinds of sci-fi works, and that led to drawing pictures and thinking up stories, and that in turn helped a lot later on, when you turned to expression through video games.