6. Sharing Ideas, Influencing Each Other

Kuroume-san, you've overseen the entire Wii Channel project. What does it feel like to see Channel after Channel come to fruition and operate within Wii?

Well, given that we started development without a clear image of the final product, there's a real sense of satisfaction, realising that we made the right decisions. I mean, all we had at the start were a few sample screens. Once we'd decided on what we wanted, it felt like we had set off with only the courage of our convictions to show us the way.

How did your colleagues react when you showed them the near-complete Channels?

I often heard them questioning whether there were too many features.

Ah, I heard that a lot too. Some people even suggested that it's not Nintendo's policy to bundle software with our hardware. As I've said many times before, Wii is the way it is simply because we want it to appeal to as broad a range of people as possible.

That said, a lot of people were taken aback at first, and asked whether we needed so many Channels, or if we couldn't introduce them more gradually. I'd then explain the concept just outlined by Mr Iwata, and they would gradually come to see the bigger picture. Interestingly enough, it was the same people who had initially asked whether there was any need for so many Channels who, after trying them out, would be asking for more Channels to be added! The very same people! 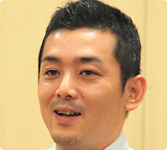 It was fascinating to see this change with my own eyes.

Regarding the Channel panes, there was also some talk of organising them in a multi-layered way at first, wasn't there? At present, old titles that you purchase via Virtual Console will be displayed as separate Channels, but in the initial days of development we thought about organising them in folders. There would be a folder for NES games, a folder for SNES games and so on.

Of course, I think we were correct to choose the current front-end. The first one we came up with had the Virtual Console as a single Channel, containing folders for each console, as you said. The user would have to then go through the layers of folders to select a game. But since our concept was for Wii to start quickly, and for the user to be able to start playing as soon as possible, it didn't really seem to make sense to go to the trouble of placing games within such a deep folder structure. In our simulatons of how the front-end would actually be used, a number of people felt that it would be more satisfying to have all the purchased games lined up on the first screen. If games like Mario or Zelda were placed alongside the News and Weather Channels, then people with no interest in games might be more likely to give them a try. We therefore settled on the current front-end, and this decision allowed us to stay true to our concept for Wii.

The exciting Channel experience we have at the moment, with all the features lined up together, would have been lost if we had gone ahead and created that multi-layered structure. So, looking back at the development of the Wii Channels, it wasn't a matter of asking what could be added. Rather, when deciding the final specs, I think we were asking what could be discarded, and what to avoid. Our Channels appear full to the brim with ideas, but we actually cut out a huge number of them. It was vitally important that someone made a clear-cut decision about what to retain and what to get rid of. I think the right decisions were made.

Yes, I think so. And while this is only my personal opinion, I really enjoy seeing the 48 panes, many of which are initially empty, gradually fill up with Virtual Console and other software, creating my own kind of screen.

I feel the same. I want to fill them all up at once! It really bothers me if there's a gap! (laughs)

What really strikes me when I listen to you all talking is that, whatever the feature, it's never easy to reach a final decision. Rather, you have to lay out all your ideas on the table and judge which ones to use and which ones to drop, don't you?

In that sense, the fact that we had a cross-departmental team determining Wii's system functions really helped. A host of departments were able to share a variety of ideas right from the start, ideas that would be put to good use solving a number of different problems. For example, when the rather amusing Mii Channel scroll function was completed, one person who saw this asked about it and straight away incorporated it into his own Channel. So we were able to exchange ideas with each other, absorb the good ones and proceed in the most efficient way possible, both in terms of time and getting the best features we could.

There have been cross-departmental teams in the past, but the System Function team may have been the broadest team ever put together in the history of our company, covering the widest range of departments.

Yes, it certainly was. People who had never been connected in the past worked together, and were able to influence and play off one another. The overall response was excellent.

It really was. If only one team is developing something, they'll only ever pay attention to the same old issues, sometimes discussing them all day amongst themselves to find a solution. But this time, thanks to the System Function team, I was able to go and talk with Kawamoto-san or have a look at Kuroume-san's designs. Both physically and mentally, I found this to be a less demanding, more laid-back way to do things.

The System Function team continued to get together at least once a week, and this of course took up a lot of our time. And it's not like something was decided every week, especially at the beginning. Normally if you spend a lot of time on something and don't get any results, you'd regard that in negative terms. However, even if these meetings didn't all produce tangible results, I still firmly believe that this was not time wasted.

I agree, and I also think the fact we did something like this will prove invaluable for Nintendo in the future.

Nogami-san, your direct superior is Miyamoto-san, isn't that right? Since I wanted him to concentrate his efforts on developing software, I didn't get him involved directly in the System Function team. What kind of things did you discuss with him concerning the Wii Channels?

Well, we discussed a whole variety of issues, and he gave a lot of suggestions with regard to the Mii Channel in particular! (laughs) It was Miyamoto-san who first pointed out that we'd have to make faces for foreigners too. Say, for example, that there are two different opinions about a given feature. You can count on Miyamoto-san's being the more extreme of the two!

That really exerts a lot of influence, doesn't it?

It certainly does. He strolls in, plays around with our stuff, says a few things and then leaves, making a big impact! (laughs)

I've been working with him for more than ten years, so I pretty much know how to take what he's saying. But some of the younger team members sometimes take what he says completely at face value and try to follow up on it.

Miyamoto-san will make some kind of offhand remark, and the younger members of the team might take it deadly seriously: "But Miyamoto-san said it!" (laughs) One of our jobs is to keep his ideas grounded in reality.

He'll just have a quick go on something and, wouldn't you know, straight away he'll pick out flaws we've overlooked. He did that on quite a few occasions. The very same thing happened with the Channels.

He does it quite unconsciously, but he can really upset you when he points these things out! (laughs)

I get pretty upset myself, so I'll always try to argue back: "Hold on a minute…". But his words tend to hit home…

He can really kick you into action, can't he?

Well, to sum it up, he always gives us great advice!

And with that, let's bring this session to a close. To finish off, would you all say a few words about what you think makes your individual Channels so good? Let's start with you, Kawamoto-san.

Certainly. I'd love for families like mine that take a lot of photos of their young children to sit around the TV and enjoy viewing them. I also hope that people use it to look back on holiday photos, and that teenagers use it to enjoy looking at each other's photos together. Even on your own, you can have fun with the program, playing around with people's faces. When you add pixelating effects to a person's face in a video clip, it also changes the pitch of their voice. There are lots of the sort of ideas only Nintendo could come up with in the Channel. I hope people enjoy them all. With regard to the Forecast and News Channels, I hope people get into the habit of switching on Wii every morning to check these. 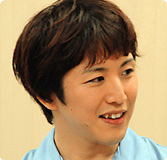 Hmm…if I had to say something unflattering about the sort of Channels we've spoken about today, I'd say that certain features on them are pretty silly. But for people who have never used a console before, I think those silly things are actually necessary. Only Nintendo could have ever considered actively pursuing such frivolous ideas for a new console...

…you are complimenting Nintendo, aren't you?

I'd like everyone to know that only Wii can deliver quick and frivolous entertainment, as well as something in-depth and serious.

Almost everything I want to say has already been said. As my work on the system functions has touched on every aspect of Wii, it has been totally different from creating an individual title. I've done this for the GameCube and DS, so Wii is now my third system. This job is different from software design: there are no staff credits. I know this can't be helped but for the first time, with Wii, I can't help but feel slightly sad about that. 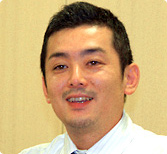 You're that enthusiastic about it, that confident!

Yes…maybe I'll stick the staff credits in there somewhere!

No, I just want to do things like spinning that globe…

I'm expecting that playful spirit of yours to show itself in new Channels and software! (laughs) Hopefully people will soon feel that 48 Channels just aren't enough. Thank you all for coming today.