Kurisu-san, would you start us off saying what it is that you hope will happen once Wii U goes out into the world?

Sure. After release, we eventually plan to make Miiverse accessible by PC and smartphone. While you’re out, you’ll be able to check what games you’ve played at home and set times for playing with your friends, so I hope that will spread.

You won’t only think about video games when you’re in the living room. It’s often said that smartphones are a rival to gaming devices, but I think there’s a way they can be friends instead of rivals. This is a move in that direction. 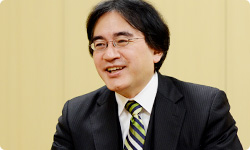 Yes. Hatena’s main business has been making services for PC and smartphone sites, so I hope that we will be able to make use of Hatena’s true strength as Miiverse spreads.

I usually make online services, and I’ve always wanted to create something online that would make real-world communication richer. If you’re always using Miiverse in separate places, you may be like, “Next time, let’s gather at my house!” I hope it will create opportunities for people to actually meet.

It would be nice if there are more chances to learn that acquaintances are playing the same games. Kato-san?

A lot of people use PCs or smartphones for lifelogging23. Miiverse isn’t exactly a “game lifelog,” but I hope people will use it as a sort of diary to record things like, “Today I cleared this.”23. Lifelogging: Keeping a digital record of daily experiences (images, sound, locations, etcetera).

It would be nice if it becomes a kind of cloud24 game diary.24. Cloud: As opposed to traditional computer software where stored data is held by the user, a ‘cloud’ refers to data and software being placed on a distant server, which the user can access via the Internet.

Yes. I think Miiverse will help people become friends and battle each other wirelessly, and bring more diversity to gaming. For example, you can post comments through Miiverse when a game ends, and since the results of battles post automatically, you can look back over the log and discuss that. I hope that Miiverse will permeate video game life.

From now on, as the number of customers increases, the burden on the server will grow. Especially when it comes to displaying timelines25, I think difficult problems will arise. What do you think about that?25. Timeline: This refers to a manner of showing past comments in chronological order.

Yes. What people get out of timelines varies person by person. It’s pretty hard, so we’re experimenting. The main point is making sure that people all over the world can look at it smoothly without feeling any stress.

And this time, if you find someone you like on a timeline, you can follow that person. For example, suppose one million people are following me. If I post a simple greeting, the problem arises of having to deliver that to all one million people.

Even if popular users appear with lots of followers, you have to manage the system so it doesn’t crash.

Yes. I think that when it comes to Miiverse, you will be such a person! (laughs)

I don’t know about that. Let’s just make sure we handle it well. (laughs) Now, I’d like to finish up by having each of you say something to the fans. Yuzawa-san, would you start?

Yes. This time, when you start up, you can see WaraWara Plaza26. It’s a kind of microcosm of what is happening in Miiverse at that moment. I hope people will use that as a platform to take a plunge into Miiverse. You can take a look at games you’re interested in and see how people are enjoying the ones that you’re currently playing. I think you’ll want to write something yourself, so even if you aren’t used to the Internet, you can gradually gain some experience.26. WaraWara Plaza: A screen that shows game icons and the Mii characters of people playing those games when the Wii U console is turned on. The game icons may not be for games the console owner has played. Lots of Mii characters bustle around, and comments appear on the screen. It can be described as a home screen that also recommends games to the user. The word “warawara” is used in Japanese to describe the noise and commotion that occurs when a crowd gathers. 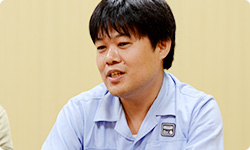 What I have to say is similar. I hope people who haven’t used social networks much and people who say social networks just aren’t for them will give it a try. We’re introducing some new elements so you can post from within games, and Miiverse data comes into games, too. 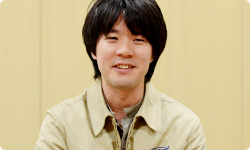 Using Miiverse will drastically broaden the Wii U experience.

I think so. Just as using a network broadened the enjoyment of video games, using Miiverse will allow you to experience additional enjoyment of Miiverse-compatible games.

I want people to try Miiverse just by itself, and also try posting to Miiverse from games. If you spot a cool scene, you can post a screenshot by pressing the HOME Button. I truly hope people will actively participate in the communities tied to particular games. 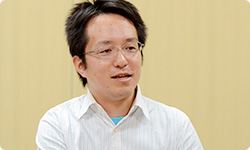 After you press the HOME Button, you can go from the HOME Menu to Miiverse. The game screen that was displayed at the time will be saved as a screenshot that you can post, correct?

Yes. There’s a spoiler button, too. We’ve designed it so that people who don’t want to see spoilers won’t have to.

There’s also a way to report something that you feel is a spoiler so it should be hidden.

Yes. I hope people will make use of these features and enjoy aspects of Miiverse that connect to the games.

I want people who often use Internet services to make use of it. Most existing social networking services use typewritten text, but with Miiverse you can make handwritten posts. I think people’s handwriting characteristics will help them communicate more effectively, so I hope people will realise the benefits of handwriting. 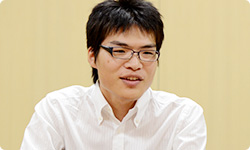 Good, thank you. There’s something called Mehrabian’s Rule27 about the impression you receive when someone speaks. Their actual words only account for about 7% of that impression. The rest is made up of their tone of voice, the way they look, and so on, and has a large influence over the impression they make.Put another way, network communication that relies only on typewritten text may only be getting across a small portion of that. Handwriting partially compensates for that, and with a button for Mii character’s facial expressions, whatever you say could make quite a different impression depending on whether the Mii character looks angry or is smiling.27. Mehrabian’s Rule: A rule proposed in 1971 by American psychologist Albert Mehrabian. According to his research, the influence that someone’s behaviour has on another person is composed at follows: linguistic information such as speech content (7%), auditory information such as the tone and speed of speech (38%) and visual information such as how someone looks (55%).

This service came to its current form based on the key word of empathy, so I hope more people will enjoy empathising with each other. Thank you for today. 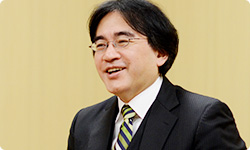