2. Mii Characters Bring It to Life

What elements did you add that are unique to Miiverse?

We were strongly aware of how Miiverse is not an independent network service. For example, we were targeting a broad base of users, so it was important to make the parental controls13 on Wii U seamless14 for Miiverse.13. Parental controls: A function that allows parents to restrict certain content (games and channels) from use or purchase by children.14. Seamless functioning: This describes consistent operation of functions between multiple services without any breaks. 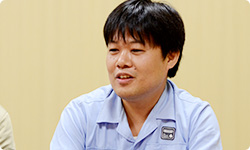 You mean that with the various Wii U games, Miiverse comes closely attached with them?

Yes. Also, from the middle of development we added the ability to make handwritten posts. Handwriting has an incredibly fun atmosphere that typed text doesn’t have.

How did the handwritten posts begin?

That came down from Mizuki-san. He said, “Let’s add handwriting!” Everyone froze up and was like, “What?!” (laughs)

But trying to build in handwriting causes a lot of problems.

Yes. To be honest, I thought, “Oh no! Here we go!” (laughs) But we have been running Flipnote Hatena for years, so I had an idea from my own experience about how to handle handwritten content on the server. 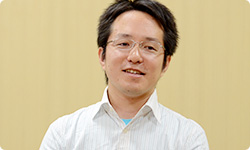 But you can write so smoothly, without any hiccups, that you can’t tell at all that it was so hard to implement.

Yes. We knew in order to have our customers use it happily that it had to be at a point where we ourselves would want to use it, so we made it with that attitude.

Aside from handwriting, were there any other moments when you thought it had suddenly changed?

It made an impression on me when I saw with my own eyes something that was posted from a play-tester during debugging. Others from my dev team were watching too, and we were all excited.

Oh, right. I think that was when Mizuki-san said, “We’re onto something! Everyone has come to life!” (laughs)

Does it make quite a different impression when you can post with your Mii character?

Yes. Just having lots of Mii characters brings it to life.

When we could use Mii characters of ourselves, it suddenly felt like a service that I myself could use.

And while it may seem like common sense when it comes to the Internet, Hatena made a notification function for when someone feels empathy with you and replies to you. I thought it was a great feature because for me, I could feel happy about being able to simultaneously recognise that others felt empathetic with me, and that our development activities had finally come near to completion by adding this feature.

Yes. Mizuki-san talked about that earlier.

Is that so. We thought, “This definitely needs this,” and made it on our own initiative. (laughs)

Yes. You’re happiest when, instead of just posting something, you get a reaction.

It does feel like you would get much more energy from someone feeling empathy with you than from you empathising with someone else. I suppose that’s just human instinct.

Yes. Even in other SNS, when you receive something from someone you’re motivated to use it again.

And with the Miiverse service, by building Miiverse-compatible functionality into each application, you’re able to post to Miiverse without having to switch screens. This is another one of our new endeavours. How did you decide how this service would work?

Kato-san, you’re dealing with more teams at once than you ever have since entering the company. Did you feel like your workload had increased fiftyfold?

Yes, I did! (laughs) I’ve been developing games until now, so a lot of the time I would go through a whole day without talking to anyone but the director. This time, the number of people I was involved with exploded, so switching gears was hard. People would come to me one after the other to talk things over, so I experienced Oni-Tore’s16 Concentration Calculation17 in real life!

16. Oni-Tore: This refers to Monosugoku Nou wo kitaeru 5-funkan no Oni Training, a brain-training game released for Nintendo 3DS on July 28, 2012 in Japan. This software has been give the temporary title of “Brain Training for Nintendo 3DS” for Europe and release details are TBD.17. Concentration Calculation (temporary title): Refers to the core training of Oni-Tore. While calculating the answer to an arithmetic problem and remembering it, players must write the answer for a previous problem while the next problem is being displayed. Difficulty increases, as players must write the answer for two problems back or three problems back and so on.

When the next person came, I’d take a moment to remember my conversation with the previous person, and then continue with the conversation. I realised day after day how important working memory18 is! (laughs)18. Working memory: A memory process that temporarily holds, manipulates and uses information. It is a brain activity that checks goal-oriented memorised material against multiple items of information and responds appropriately.

Be sure to beef up with Brain Age! (laughs)

During that process, what made a particularly deep impression on you?

The start-up speed. To post to Miiverse from a game, you start up a special application. We had finally finished the prototype to that application and thought, “This is awesome!” But when I took it to the application developers, they said, “It takes way too long to start up.” (laughs) 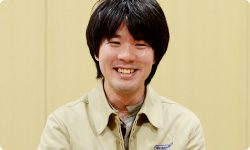 You were expecting compliments, but they said, “It’s too slow!”

Yes. They really gave me a hard time over it. (laughs) I came back depressed but determined to do something about it. The dev team helped me make some adjustments, devised a way to make it faster, and now you can post pretty smoothly from a game.

Was that the biggest upending of the tea table?

The deadline was tight, and we barely had enough people, so I thought it was a reckless endeavour, but (Hiroki) Sotoike-san19 and Denyusha worked really hard and worked it out somehow.19. Hiroki Sotoike: Works at the Network Business Department at Nintendo.

When you can’t do something, it’s because you believe that you can’t. But if you take a positive attitude, there’s a lot you can do.

Yes. I’m glad we proceeded in a positive manner. But if I say that too much, maybe I’ll get more work to do! (laughs)