Since Capcom came up, could you tell me how you came to work there?

As I mentioned earlier, I never exactly tried to become a game designer, so I told my parents in Matsumoto that after I graduated I would return to my hometown to find work.

I did look for work around home and I got offers at several places. But at the same time, I still wanted to make video games, so without telling anyone, I applied and submitted project proposals to a number of big video game developers. And, of course, that included Nintendo.

I don’t think Nintendo was recruiting planners at the time, but I sent something in anyway, and even called the HR department, but they said, “We’re not looking for planners right now.”

I’m sorry about that.

What was the proposal like that you wrote back then?

I’ve never been very good at explaining things in writing, so I drew pictures. I drew the characters, of course, but also game screens and stages – everything – including representations of gameplay. I ended up getting offers from Capcom and Namco, perhaps because the style of proposal was unusual.

I see. Why did you choose Capcom?

To be honest, I liked Namco, so I really wrestled with it, but they were talking about using me as a designer. If I think about it now, I guess starting either way would have worked out the same. Lots of people go from being a designer to being a planner.

But in the end – and it wasn’t something I myself chose – they placed me in Mikami-san’s department, which was very lucky. 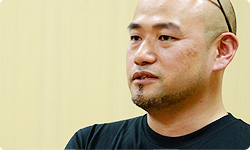 Because Mikami-san was your mentor?

Yes. I’m very grateful for that. I’m not exaggerating when I say that I wouldn’t be here today if it weren’t for that.

What do you mean exactly?

Today, I’m making a show of my refined dedication to video games, but when I entered Capcom, I wasn’t quite that picky about them.

You loved video games, and you devoted energy to them, but you lacked a sense of obsessiveness towards them.

Right. I had my own willingness towards them, but when the things got tough, somewhere along the way, I was like, “That’s good enough.” It was important to have that tepid attitude beat out of me.

In a sports-motivation kind of way?

Yeah. Physically. (laughs) Like kicking a chair and shouting, “If we don’t stick this out, do you guys know what will happen to this game?!” The first team I joined at Capcom was working on Resident Evil28, the first game. I was under Mikami-san as a planner.28. Resident Evil: A horror-action-adventure game released in Japan by Capcom in March 1996, and in Europe in August of the same year.

From the first Resident Evil?

When I joined the company, the project was already off and running, but it still had the tentative name “3D Horror” and was undergoing repeated research and challenges. It was Capcom’s first real polygon game.

At the time, I was a little disappointed with Capcom’s games for their one-sided devotion to 2D, so the first time I saw it during orientation, I thought, “This is great! I want to join that team!” Later, I heard that since the game was like a movie, they were thinking about putting people on the team who could draw storyboards.

Ah, so that’s why your illustrated proposal caught their eye.

Yeah. They knew I could draw and put me on the Resident Evil team.

What did you learn from Mikami-san?

Mikami-san was the one at Capcom who first created the style of team on which the director is responsible for the core of the game. Until then, Capcom’s company atmosphere had been one of everyone making games together, and it still was when I first joined. So there was a backlash and shock from giving the director absolute authority, and I was often against it, too.

For example, the staff on the ground level took it for granted that we would need to ramp up the action and would complain to the director how we were frustrated by, for example, not being able to have the player-character move faster. The director, however, would say that the theme of the game was fear, so it should be left as is, and refuse it. And when I played the final, complete version, I could clearly see why Mikami-san hadn’t budged.

You became aware of how Mikami-san had seen some things that you, as one among many staff members, couldn’t. 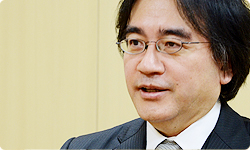 Is the way of operating that Mikami-san established something that you draw upon as a director?

Yes. But immediately after, when Mikami-san made me director of Resident Evil 2, I messed up in a big way. As a result of saying “okay” to everything that came up, it turned out horrible. We had to scrap what we had spent a year and a half making.

Precisely because the director bears full responsibility for the result, the director has the authority to make all decisions.

So everything that didn’t work out was my fault as director. Resident Evil 2 was receiving attention as one of Capcom’s new big titles, so the news quickly spread throughout the company. I felt like people were staring at me in the company cafeteria and saying, “That’s him! That’s the guy who ruined Resident Evil 2!” It was a shock, and very hard.

It must have been quite a depressing experience having only been in the company about three years, at that young age.

But Mikami-san kept me on as director, instead of saying, “This guy messed up, so he’s no good.”

Instead, he said, “Because he messed up, he learned something.”

Right. It was really important that I received that chance. So I gave a lot of thought to what had gone wrong. I was making decisions without vision, and amidst all the pressures, I had lowered my criteria for giving approval. And, above all, it was important how I personally suffered the disastrous results of that. 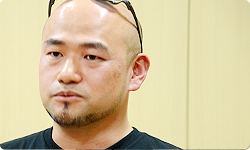 While that experience was hard, it was also an incredible blessing.

I truly do think so.

I’m moved by how Mikami-san trusted you again. He must have seen something in you.