Iwata-san’s previous meeting is running long, so he’ll be a little late.

I wonder what he’s going to ask us about today.

We don’t exactly know either, but maybe it’ll be about the history of handheld Zelda games.

Come to think of it, my strategy guide for Link’s Awakening has developer’s comments in it. Do you remember what you said back then, Tezuka-san?

That’s understandable. (laughs) About making the characters for Link’s Awakening, you said you wanted to create a world that was inspired by Twin Peaks2. 2Twin Peaks: A television serial drama broadcast in America from 1990 to 1991. It was broadcast in Japan in 1991.

Yeah. I’m glad I said that then, because I always forget such things.

I remember you saying that, but I didn’t really know what you meant. I’d like to hear about it today.

You wanted it to be like Twin Peaks, but characters that looked like Mario and Luigi were appearing.

Did you get permission from HAL Laboratory?

No, not really. I think they approved it, but…

Sorry you had to wait. 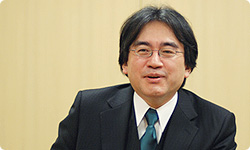 What were you talking about?

We were just thinking back over the Zelda series. Just random bits and pieces, really.

I thought Aonuma-san was the main focus today.

Why, are you trying to avoid responsibility?

Well, for their second appearance in a row today, a rare occurrence, Tezuka-san and Nakago-san are here. I really enjoyed hearing old stories during the New Super Mario Bros. Wii session of Iwata Asks. Hopefully, I wasn’t the only one having a good time. (laughs) When I heard that the firebars, which appear in Super Mario Bros. 3, had also been used early on in development of The Legend of Zelda4, I thought I absolutely must ask about it sometime when we discuss Zelda. Then Mario came out for Wii and Zelda came out for the Nintendo DS in December of 2009. Both of those coming out in the same month had never happened before, so I wanted to have a sort of “Mario and Zelda Festival.” It’s not the usual pattern, but thank you for coming today. 3Super Mario Bros.: An action game released in Europe for the Nintendo Entertainment System in 1987. 4The Legend of Zelda: An action-adventure game released in Europe in November 1987.

Tezuka-san and Nakago-san, you two, along with Shigeru Miyamoto-san were known as the “Golden Triangle,” or the “Kansai Manzai (comedy) Trio.” And with Miyamoto-san as the central creator, you developed the original Zelda game while you were working on the first Super Mario Bros. But his involvement with Link’s Awakening, the first handheld Zelda game, wasn’t that extensive, was it?

Tezuka-san, you were the main developer of Zelda for the Game Boy. How did it begin?

Before that, I was working on A Link to the Past 5, for which I joined part of the way through. 5The Legend of Zelda: A Link to the Past: An action-adventure game released in Europe for the Super NES in September 1992. 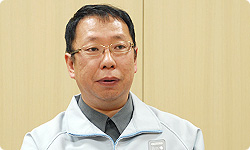 That was a challenging game to develop, too.

Yes, I can say that now. It was a challenge. That’s why I needed to join the development team from part of the way through as the director. At the time, SRD’s6 Kazuaki Morita7 was hard at work on it. 6SRD Co., Ltd.: A company established in 1979 that is contracted to develop video game software programs and develops and sells CAD packages. The head office is in Osaka, but their Kyoto office is inside Nintendo headquarters. Toshihiko Nakago is company president. 7Kazuaki Morita: A programmer at SRD who is currently involved in the development of numerous Nintendo games, including games in the Mario and Zelda series. He is a board member of SRD.

Morita-san is a programmer with a long history at SRD. 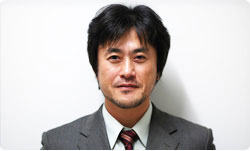 Yes. He’s the one who came up with the Hammer Bros. for the Super Mario Bros. games. He also really likes fishing.

Even now, fishing games recur in the home console Zelda games. The one Morita-san made for Link’s Awakening started all that.

He’s the kind of guy who makes fishing games without even being asked.

That’s why his fishing games are really polished! He used the only Game Boy development kit we had at the time to recreate something like a Zelda game.

He was experimenting to see what could be done with the Game Boy.

Right. We weren’t particularly planning to make a Zelda game for the Game Boy, but we thought we’d try it out to see how it would work. So at first there was no official project. We’d do our regular work during normal work hours, and then work on it sort of like an afterschool club activity. 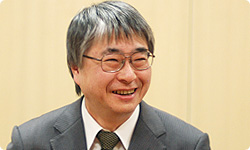 That would be unthinkable now.

We definitely couldn’t do it now. Then, as we were doing that, even though it was only monochrome, we noticed it was beginning to look impressive. It was our first time developing for the Game Boy, and it was pretty fun.

How long had the Game Boy been out?

I wonder… When did the Game Boy come out?

That was 1991. At that time I asked to begin official development of a Zelda game for the Game Boy. That’s when we were able to get one more development kit.

That is a very cute story. (laughs) So you officially asked for a new project to begin development on, and the number of development kits increased from one to two.

Those were the good old days of nice, compact projects.

But at the time, we still had the idea of simply transplanting A Link to the Past to the Game Boy…