When you make a The Legend of Zelda game, how do you think about the story?

The stories in The Legend of Zelda may not match up as the series progresses. We actually expend a lot of time trying to make them match up though. It would make things a lot easier if the players said, “Oh, that doesn’t really matter.” (laughs)

(laughs) You would rather spend your energy making game elements rather than the story.

That’s right. Sometimes people ask whether Yoshi is a boy or a girl. If I answer, “Probably a boy,” then they say, “So a boy is laying eggs?” (laughs)

But the moment I say Yoshi lays eggs and so Yoshi must be a girl, they’ll say, “Then Yoshi’s voice needs to sound more like a girl’s!” But I want to make video games without having to worry about such background info. Take the animated series Popeye12, for example. In old cartoons like those, the roles of the characters were different every time. 12Popeye: An American animated television series. The story was a comedy based around the main character Popeye, his girlfriend Olive, and his rival Bluto. The series was broadcast in Japan from 1959 to 1965. 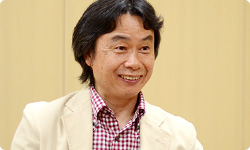 The setting changed every time.

Even though the setting was different each time, the characters you knew and loved would come out and perform. Well, the Mario games are set up like that. It would be much easier if we could use any setting in The Legend of Zelda while preserving the essential relationship between Link, Ganon and Zelda.

But when a series has built up for as long as it has, that isn’t easy.

Right. Especially when it comes to the story of the Zelda games, we can’t do anything disappointing, so with the Ocarina of Time, we worked on the story with reference to the past games in the series.

With regard to using character function to portray the main character, which was something you paid great attention to, cut scenes also played an important role.

That’s right. Processing them in real-time was a new challenge that began with Star Fox 64.

I hear you tell people that making cut scenes is alright, but you have to be able to fix them right up to the day before game completion. (laughs)

Yes. (laughs) It’s a characteristic of mine to change the game right before final delivery.

Is that a characteristic? (laughs)

Back then, it was popular to use pre-rendered movies - videos prepared ahead of time for play at determined spots in the game - but once you made them, you couldn’t easily correct them later.

If I wanted to fix something, they might tell me, “We’ll need at least a month to fix that.” In the worst case, they might say, “The movie’s done, so it can’t be changed.”

I’d be like, “What? This would make it more fun, so why can’t we fix it?” And they’d say, “Because you can’t change the movies.” I’d think, “But what’s more important to fans, the movies or how fun it is?” That’s why I adopted a method of processing the movies in real-time.

(Takumi) Kawagoe-san was in charge of the real-time movies, right?

Kawagoe-san was a programmer, but he’s a big movie fan, so he was really interested in film editing and dramatic scenes. I asked him to make some full-blown video cuts like for theatrical movies. I suppose that was about when we made storyboard paper just for Nintendo.

Did you draw storyboards yourself?

Not much. I can draw simple thumbnails, but for the most part I reviewed the actual thing and said, “It should be more like this,” and “Show me that.” Take for example, that first boss battle, against Gohma.

That’s in the dungeon called Inside the Deku Tree.

Yes. When you go in the room with that boss, Gohma is hanging from the ceiling, so you wouldn’t usually notice, even if there was a rustling sound. So first we position the camera from the viewpoint of Gohma looking down at Link, then we have the camera close in on Link showing fear, then we change the viewpoint so it is from Link looking up toward Gohma.

That way you learn where Gohma is.

We used cut scenes like that to explain things like where bosses were positioned, adopting methods only possible in video games. Using movies was incredibly new and very fun.

I heard from Osawa-san that you put a lot of effort into the cut scene when the horse jumps over the fence at Lon Lon Ranch.

Well, rather than putting in lots of effort, I’d say we were pushing the new hardware, the Nintendo 64 system, as far as it would go. I wanted to make it look a little cool without looking strange. If you can leave the ranch wherever you want, rough parts of the ranch may stand out, so we thought of forcing in a special event.

You forced that in? (laughs)

Yes. You know that guy Ingo who’s at the ranch?

Yes. He doesn’t have a very nice personality and looks a bit like Luigi. (laughs)

That’s right. (laughs) Ingo and Link have a horse race. If Link wins, he can get the horse named Epona, but Ingo closes the entrance gate to the ranch.

Then you jump over the fence on Epona and escape.

That’s right. At first, I imagined a scene in which Ingo, in a frenzy, sets the ranch on fire, so Epona jumps against a backdrop of flames, but then someone said, “What about when Link comes back to the ranch later?” So I gave that up. (laughs)

(laughs) Earlier, I asked about why you were so intent on showing Young Link. Why did you focus so much on having a horse in the game? 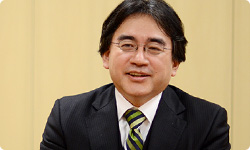 I suppose because we grew up with (cowboy) Westerns.

Westerns used to be quite popular on television.

They had a big influence over me. And the drinking fountains at elementary school always had aluminum cups. We used to flip those over and knock them against the concrete in rhythm so it sounded like a horse galloping. (laughs)

That’s right. We did. (laughs)

That’s how much we all loved horses when we were kids. That rhythm is ingrained into us. That’s why I really wanted to make it so you could ride a horse in the Ocarina of Time.