Remaking The Legend of Zelda: Ocarina of Time to feel like it did when it came out in 1998 but also to suit tastes today must have been a struggle full of contradictions. Ishii-san, how did you solve that?

My stance with regard to how to change it was to think about it after talking to the original staff - beginning with Aonuma-san - about the spirit of their group when they made the original game and what they thought was important. What I sought more than anything in this project was a shared sense of values with the original staff. Without that, I thought we would fail.

You tried to make sure discrepancies didn’t arise between Grezzo and the original staff as you talked back and forth. But I doubt you were all headed in the same direction from the very start.

No. As creators, we were itching to plunge ahead with our own ideas. At first, each staff member’s eyes tended to focus on details, seeing points rather than the whole plane, so to speak. But as we talked with the original staff, a shared sense arose of what to fix where. 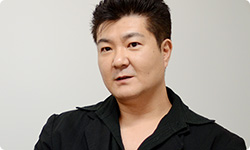 I thought another point was what I would call “memory complementing” - figuring out how the fans’ memories and our thoughts might complement each other.

It’s a 13-year-old game, so you have to achieve the right visual balance in consideration of how it has been idealised in the fans’ heads to a certain extent.

Yes. One of our staff members really loves The Legend of Zelda: Ocarina of Time. He has in his head an idealised borderline. Making the game today at any level beneath that borderline is inconceivable to him. But if you focus on that too much, the overall balance would suffer and cooler heads would feel like the game had changed too much, so the team’s approach see-sawed back and forth.

How did you handle such differing approaches?

We brought forward revealing it and had Ikuta-san and others try out parts of it. We would ask how it differed from what they had imagined, and then we would fix it. One conflict arose when, as programmers, we wanted to get rid of bugs. But the staff members who had played the old game said the bugs were fun! We were like, “What?!” (laughs)

Yes, that is an area of conflict.

It wouldn’t be fun if your friends couldn’t say, “Do you know about this?” So we left them in if they didn’t cause any trouble and were beneficial.

So you implemented them as you would specs, rather than treating them like bugs. It took some work and you had to go out of your way, but you preserved the spirit of the original.

Yes. If something simply could not be allowed to stand, we begrudgingly fixed it, so some bugs don’t appear, but we left in as many as we could, so people will grin over that.

What other discrepancies did you solve from the viewpoint of programming?

Problems arise when recreating the original Z Targeting mark5 in the stereoscopic space of the Nintendo 3DS system. When you lock on in the original, it looks like a person hiding behind another comes to the front, but in 3D, the perspective breaks down. So for the Nintendo 3DS system, we adjusted it so the mark becomes semi-transparent when there’s depth involved, so the visual sense of distance is preserved. 5Original Z Targeting mark: A mark that appears when the player presses the Z Button. Not only does the viewpoint shift to a view from directly behind Link, but Link can also talk with characters at a distance and gain an advantage in battle by locking on to enemies. In The Legend of Zelda: Ocarina of Time 3D, players press the L Button.

I didn’t notice that problem until development. In 2D, it had been skilfully done so as to gloss over any discrepancies, but in 3D we had to replace it so it would fit well into the 3D environment.

When a game’s graphics change to 3D, a lot of new discrepancies arise, so you had to address those points as well.

Yes. It was hard enough just dealing with the Nintendo 3DS system’s increased frame rate.6 6Frame rate: The number of times in one second that the image on the screen is refreshed.

Yes. That was the hardest this time. The trouble that the original staff had experienced was visible in the program source code. For example, there were remains of frantic calculations written in it, like 10 + 1 + 2 – 5. It must have been really tight.

It was not easy to change the frame rate of software created so long ago. Especially considering that the original game included different frame rates between areas of heavier and lighter processing.

That’s right. When there was a number assuming a processing delay, we held our heads in dismay!

Back then, we might assume a processing delay would occur, but we would work hard to find a way so that players wouldn’t pick up on it. In particular, the battle against Ganon7 was sluggish. 7Ganon: A boss character that appears in The Legend of Zelda series.

But that slightly heavy feeling made Ganon seem large and heavy.

That’s right! If his movements were swift and sharp, it would be weird.

Recreating that is hard.

With regard to collision detection8 between Link and monsters, the original was 20 times in 1 second, but this time it’s 30 times and the movement is smoother. But Ikuta-san said, “Isn’t it more difficult than before?” I had tried to program it so the difficulty wouldn’t change, but the more precise collision detection had changed the way it feels. So I was careful about such things to make sure it felt as similar to the original as possible. 8Collision detection: The range according to which the game determines that the player-character or an enemy has been hit. 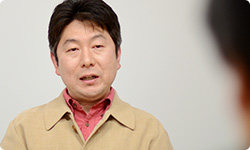 Sorry, I didn’t know the reason. I just felt like something was different.

I’m impressed that you noticed! (laughs)

That’s right. You never forget what you learn with your body. Experience is important.

Just like learning to ride a bicycle, once your fingers learn a game, they never forget how it feels.

I’ve always worked on The Legend of Zelda series, so each new instalment should take the place of the previous ones in my memory, but when I play The Legend of Zelda: Ocarina of Time, my memories from that time come back. Game memories are probably all packed away somewhere so when you play just a little, they all come back. That’s why it’s important that we make it so those memories and the new remade version perfectly coalesce.