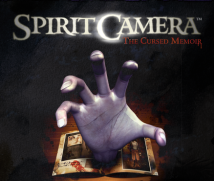 1. Imagination is the Scariest Thing

Today I would like to talk about development of Spirit Camera: The Cursed Memoir for the Nintendo 3DS system. Thank you for your time.

I’m Kikuchi from Tecmo Koei Games. As producer of Spirit Camera: The Cursed Memoir, I helped create the concept, determined policy with regard to each element, and performed project management. 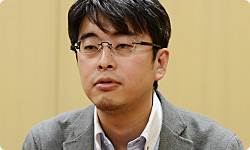 I’m Izuno from the Software Planning & Development Department. As the producer at Nintendo, I proposed the product concept, as well as the contents. I’ve been working with Kikuchi-san since we kicked off the Zero: Tsukihami no Kamen1 project for the Wii console. 1. Zero: Tsukihami no Kamen: Released for the Wii console in July 2008 in Japan. It was the fourth game in the horror series called Zero (known as Project Zero in the Europe) released by Tecmo. It was the first collaborative title by Tecmo Koei Games and Nintendo. The game was not released outside of Japan. 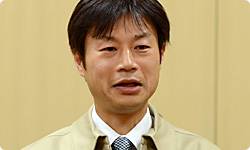 I’m Makino, also from the Software Planning & Development Department. I was a sort of producer on the ground at Nintendo. I put forth ideas together with Kikuchi-san, packed in detailed content with Tecmo Koei Games, and worked on the AR Book.2 2. AR Book: A booklet packaged with Spirit Camera: The Cursed Memoir. Players will make use of it during the game when they use the Nintendo 3DS cameras. 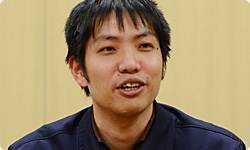 By the way, there’s a surprising connection of fate between Makino-san and Kikuchi-san.

My father was his teacher in high school.

In secondary school, he taught me maths. Partly because of his influence, I continued to study mathematics and came into this field of work. When I heard who his father was, I was really surprised.

That may be fate, but could the encounter have been led by something possessing you, perhaps? (laughs)

So, Kikuchi-san, Spirit Camera: The Cursed Memoir is a relation of the Project Zero series (known as the “Zero” series in Japan) that you have worked on for so long, right?

Yes. I began making the first game over ten years ago. The release in Japan was December 2001, exactly ten years ago this month.

Has it been ten years already? Many games are marking their 10th and 20th anniversaries lately. What did you have in mind when you made the first game?

The project’s departure point was our desire to make a game that would provide the scariest experience possible. We wondered what that scariest thing was and concluded that it was what people imagine in their mind.

The scariest things are in your own head.

Right. We thought that rather than directly showing grotesque images or other depictions, it’s scarier when you’re imagining scary thoughts, like when you’re alone on the toilet or while taking a bath.

Not something you actually see, but the thought of what you find scary possibly popping out at any moment is much scarier.

Yes. Video games and other video footage usually throw all kinds of content on the screen, but it’s as if Project Zero subtracts from that. It subtracts from the full imagery or sounds so the players naturally make up for what is lacking with their own imagination.

The players subconsciously complement in their own head what is difficult to see or hear.

The scariness of Project Zero is a fifty-fifty combination of what the game does and the player’s imagination. If you think about that, it’s AR3 in a very broad sense of the term. 3. AR: Augmented reality. Technology for overlapping virtual content and images of real objects.

AR technology is a standout feature of Spirit Camera: The Cursed Memoir, but in the broader sense, the Project Zero series has always used augmented reality.

I believe so. Augmented reality can mean both the actual technology and any subjective embellishment of what actually exists. I feel like we have built up know-how especially with regard to the latter.

In that respect, use of the Wii Remote in the previous game, Zero: Tsukihami no Kamen, is immersive like AR.

That was something we adopted in our search for a new kind of fear. It was extremely well-suited for Wii.

What have you placed importance on throughout your ten-year history working on the Project Zero series?

Throughout the series, I would say stimulating the player’s imagination. You think something might jump out at you from behind a sliding door or inside a closet when you open it. Normally in video games, scary things happen when you press a button, but it’s scarier when they don’t.

You’re braced for something to leap out, but it turns out that there’s nothing there. The more you think about the possibility, the greater the fear. 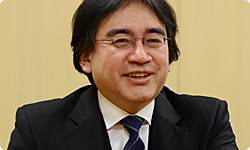 Yes. In the first game, we used an old-fashioned Japanese-style house as the setting to focus on the fear that an empty space can emit. And we have based our concept of fear on that since the second game as well. In the second game, we included a more phantasmal fear within a tragic story. Then, in the third game, Zero: Shisei no Koe4, we portrayed a fear that eats away at everyday existence by adopting a structure of passing back and forth between the real world and a dream world. The AR Story mode in Spirit Camera: The Cursed Memoir is similar to that. 4. Zero: Shisei no Koe: The third game in the Project Zero series. Released by Tecmo in July 2005. Known as Project Zero III: The Tormented in Europe.

Is there some reason for that?

People always mention that! (laughs) Most of the players are guys, so why are the protagonists girls? (laughs) The original reason was that while making the first game, when we were trying to think of how we could make the scariest game possible, we thought the players would share the characters’ fear if they saw scared facial expressions on a female character’s face. Also, it fit the game design to have a female with nothing but a camera facing the ghosts rather than having a tough man engage in combat with them. So we’ve made the protagonists of the series young girls who look like they might have a second sense and who also look beautiful when scared. 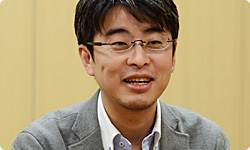 So I was right, cute girls are a secret key ingredient in the Project Zero series! (laughs)

That is in fact true. Innocence, frailty and beauty. The proof of that is how such girls seem to attract spirits in countless horror tales from all times and places.

That is true. Actually, the staff who worked on the package artwork for Zero: Tsukihami no Kamen for Wii told me that when finishing up the art, Tecmo Koei Games was really particular about the female characters.

That may be our company atmosphere. We have a strong culture of placing emphasis on the characters - like their facial expressions, how the light strikes them, and how we can make them more appealing. This is my 18th year at the company and that’s something that has been consistent throughout.

Izuno-san, did you experience culture shock working together with Kikuchi-san and others who had been raised in that kind of culture?

Yes, it was a jolt. (laughs) At meetings, when we were making Zero: Tsukihami no Kamen, I would say, “Well that should just about do it,” and come back, but the next time I went, it would have changed a lot!

(laughs) You’ve also developed games with Camelot5, AlphaDream6, and recently Heibonsha7, and yet Tecmo Koei Games has its own unique personality and artistic identity. 5. CAMELOT Co., Ltd.: A video game developer in Shinjuku Ward, Tokyo that was founded in 1994. They have worked on development of many Nintendo games such as the Mario Golf, Mario Tennis and Golden Sun series. 6. ALPHADREAM CORPORATION: A video game developer in Shibuya Ward, Tokyo that was founded in 2000. One of its major works for Nintendo is the Mario & Luigi series of action RPGs. 7. Heibonsha Limited, Publishers: A publisher with its headquarters in Bunkyo Ward, Tokyo. They provided the photographs and descriptions for Hana to Ikimono Rittai Zukan released for the Nintendo 3DS system in Japan in September 2011. This title is not available outside of Japan.

I think so. I realised that their dedication to characters is important for touching the fans’ hearts. 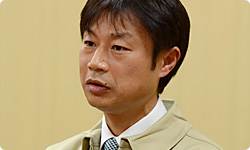 If you make characters and animation and backgrounds and they conform to game operation and move according to the rules, that alone doesn’t make a game. There’s a moment somewhere along the way when a game is imbued with soul and life. For the Project Zero series, perhaps it felt that way because we focused on and placed a strong emphasis on the atmosphere, sounds and direction of the characters.

That must be how Tecmo Koei Games breathes life into its works.

Editor’s Note: This interview was first published in December 2011.