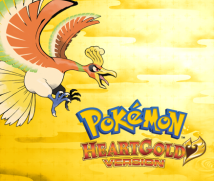 5. We Were Greedy With The Features

What did you originally think you'd need to do to turn the Activity Meter for Nintendo DS into a suitable successor to the Pokémon Pikachu pedometer?

We decided to call it the Pokéwalker24 and we definitely wanted it to have a screen. We then asked Game Freak to come up with proposals for what kind of features it would have and how it could be used to play Pokémon. The proposal was a document about three times as thick as the specification document we’d had for Pokémon Pikachu! (laughs) 24The Pokéwalker is a pedometer device that comes packaged with Pokémon HeartGold and SoulSilver. As well as being able to transfer a single Pokémon caught in the games to the Pokéwalker, the player can use it to catch wild Pokémon or use the Dowsing machine to locate items. 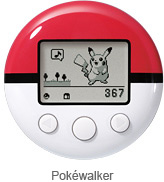 We did go and write a very thick document. (laughs)

I never thought you'd go that far! (laughs) I thought that if we started working on all those things at this stage, the games' release would end up getting put back again…

Originally, I just had an idea that players would be able to take other Pokémon besides Pikachu out for a walk.

But in the end, you’re able to go out walking with any Pokémon.

And not only that: you can even go out walking with one Pokémon who can befriend a new one and come back with it. That was one of the things that we were ultimately able to realise in the game, but that original specification document was really packed full of a whole host of features.

What we originally thought was that just being able to walk around with any Pokémon you liked would be certain to prove really fun. We thought that this in itself would be enough to make a great element for the game, so we went ahead and worked on getting this right. Then in addition to this, we made it so the player could catch other Pokémon, locate items and connect to other Pokéwalkers via infrared communication.

The design is very much in keeping with the Pokémon look, isn’t it?

With regard to the design, there was perfect material waiting to be used in the animated series. At first in the games, there was never a clearly-defined image of what the Poké Ball should look like. So the director, Yuyama-san25, was good enough to make a proposal of how they should look. He said: “How about we make the Poké Ball so that it’s small at the start, but when the button in the centre is pressed, it expands greatly and can be thrown?” 25Kunihiko Yuyama is an anime director who oversees both the Pokémon animated television series and the movies.

That's how the Pokéwalker ended up being about the same size as the Poké Ball before it expands in size, with a diameter of 48mm and a thickness of 13.9mm.

Right. The style for a Pokémon Trainer is to clip three of these Poké Balls on the left and right side of their belts. The Pokéwalker has pretty much ended up looking exactly like these which makes me want to clip on six and walk around with them! (laughs)

So I was wondering if we could ask people to buy six. But of course, that would be going a little too far… (laughs) But just as the Wireless Adapter made FireRed and LeafGreen into a much more appealing product, the Pokéwalker enhances HeartGold and SoulSilver. Also, as a portable toy that enables communication, the Pokéwalker is itself able to communicate with the Nintendo DS and by connecting with the console, it can evolve. The combination of HeartGold and SoulSilver with the Pokéwalker in this sense represents a very significant multiplication of the scope of the series.

But to be honest, an item like the Pokéwalker wouldn't normally be made for an individual piece of software… (laughs)

But Pokémon is something of a special case and when "the King of Portable Toys", Ishihara-san approves of something that enthusiastically, I feel that we need to do something with it. Of course, you couldn’t have simply used the Activity Meter for Nintendo DS in its original form, and though it was a real rush to settle on the features and design in such a short period of time...

Well, if there hadn't been an Activity Meter for Nintendo DS...

There’s absolutely no way you could have done it.

We wouldn’t have reached this point.

We wouldn’t have been able to reach this point. Actually, while the Activity Meter for Nintendo DS isn’t the sort of item that was built to withstand being dropped in the bath or put in the washing machine, you can put it in your pocket and it will withstand sweat. As we wanted to ensure that it was splashproof and could withstand these kinds of everyday conditions, we changed its shape a number of times right at the end to improve its ability to withstand water. It was precisely because it had gone through these kinds of tests that Ishihara-san’s dog Pocky's Activity Meter was able to survive one month out in the rain. (laughs) If the Activity Meter hadn’t still been working, it’s possible that you wouldn't have been struck with the inspiration to use it in Pokémon. 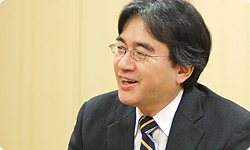 Let’s turn now to the games themselves. Morimoto-san, what sort of issues did you bear in mind as you worked on the remakes of Gold and Silver?

So you’re saying you wanted those people who’d played the game ten years before to be able to feel a real sense of familiarity when they played the new Pokémon?

Right. But at the same time, there are a large number of players who had no knowledge of Gold and Silver and who first played Pokémon on the Game Boy Advance or the Nintendo DS. While we were creating the game, we were conscious of making it so that these players could play with the sense that it was a totally new game.

So it’s not simply a remake of Gold and Silver?

We were very greedy with the features we put in.

Features that weren’t in Gold and Silver?

That’s right. It’s just as if we've taken a selection of the best features of the series on DS. 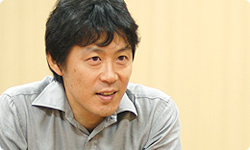 And in addition, you’ve also added the Pokéwalker.

That's why we had to make rather severe demands on our staff, which is something I hope to improve on in future.

But surely in trying to include all of these new features within the framework of the original Gold and Silver, you must have encountered no shortage of problems and elements which weren’t really a good fit.

There were a huge number of issues like that. For instance, at the start I very optimistically thought that we’d just be able to port the Wi-Fi element from Platinum and you’d be able to play as normal.

By Wi-Fi play you mean, for example, having up to twenty people gathered in the Wi-Fi Plaza playing simultaneously, right?

Right. Now, it's very easy to say that we're going to use the original Gold and Silver as the base and add all of the game elements from Diamond, Pearl and Platinum, but it's actually not as simple as that. Well, I wonder if it's a good thing for a director to have such an optimistic attitude as if anything would be possible… (laughs)

But in the end I think that the fact that I was optimistic was the reason why we managed to include all the features I wanted to.

So you think the generous amount of features included in the games stems from the optimistic nature of your ambitions.

Well, no. I think it stems from the efforts of the staff.

Actually, there was a moment when it didn’t look like you’d be able to take part in today’s interview. (laughs)

Ah, I'm really sorry about that.

No, I’m just glad you could make it!