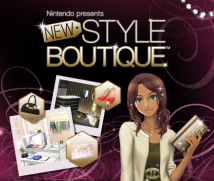 Editor’s Note: This Iwata Asks interview was held after the release of Nintendo presents: New Style Boutique in Japan (known as Wagamama Fashion: GirlsMode Yokubari Sengen!), but before its release in Europe.

Thank you for coming today. This interview is being held somewhere different than usual.  A lot of light is coming through the large windows, and the room has a slightly different tone. Nintendo presents: New Style Boutique was made quite differently to the previous Style Boutique1 game for the Nintendo DS system so I have been wanting to ask you about it, but our schedules always clashed, so we’re doing it after release. Most of the time, we hold these Iwata Asks interviews before release, but I’m having you get together now because I thought that Nintendo presents: New Style Boutique, was worth asking about even after release. So thank you for coming.1 Style Boutique: A fashion-styling game released for the Nintendo DS system in Japan in October 2008.

Thank you for the opportunity.

Okay, please introduce yourselves and tell us what you worked on.

I’m Yamagami from Nintendo. I was the producer of this game. I mainly listened to the staff, worked out the schedule, and determined the direction of development. 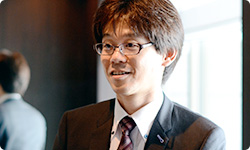 I’m Hattori from Nintendo. As the director on the Nintendo side of things, my role was to pull together Nintendo presents: New Style Boutique. 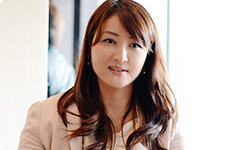 I’m Sasaki from Syn Sophia.2 I was the director. I thought of all sorts of new ways to play to make the game more interesting than its predecessor, and worked as the team’s organiser to lead all the staff members. But mostly, I made lots of items — like a factory production line — that appear in the game.2 Syn Sophia, Inc.: Developer of games such as SimCity DS, Ganbaru Watashi no Kakei Diary, and Mawashite Tsunageru Touch Panic. They also worked on the development of Style Boutique. Formerly known as AKI Co., Ltd. 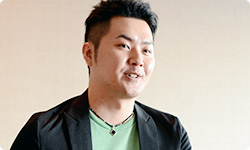 You were on the front line battling a large number of fashion items.

Yes. I suppose I can talk about that later.

I’m Tamura, here representing Drumcan.3 Drumcan is a company that produces fashion shows, and during the making of Nintendo presents: New Style Boutique, we were approached with a desire to hear the opinions of professionals in girls’ fashion. We suggested stylists who like video games and gave advice.3 Drumcan Inc.: A company within the fashion industry that plans and produces brand and company fashion shows, parties and other events in Japan and overseas. 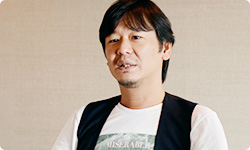 I’m Tsujii, the creative director. When development of this game began, I was working with Tamura-san at Drumcan. 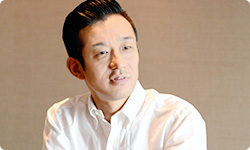 But now you’ve gone your own way and established a separate company.

Yes. For this game, Tamura-san chose two stylists and I coordinated between them. I worked with them in imagining what will be fashionable next year and the year after next, and asked, “Do these go together well?” and “What do you think of that item?”. But developing a video game takes a long time, so there were moments where I was taken aback with the differences.

I suppose that compared to hosting a fashion show, video game development does take a long time. And when progress isn’t satisfactory, we extend development. Situations like that arise that are unthinkable in the fashion world, so we must have caused you a great deal of trouble.

No, no, that’s not true! (laughs) But if we only put into the game what we expect to be in vogue, we may release it only to find that it’s past its time, so with that in mind, we gave all sorts of advice, like, “These kinds of clothes will be good at this stage, like this.”

Truly, thank you for working with us for such a long period of time.

No, it was a pleasure.

Unlike last time, we developed the game alongside fashion specialists from the very beginning in order to create actual fashion ensembles. Tamura-san, would you guys tell me what you have worked on in the past? 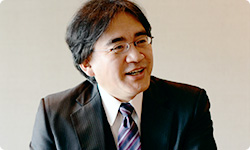 Let me talk about my work related to girls fashion shows. I think it was about 13 years ago, when mobile phone screens were switching from monochrome to colour, that we got a request from a company wanting to do a show and began selling clothes by mobile phone.

You got started with a show to sell clothes over mobile phone?

Yes. Up until then, I believed that clothes were something you went to a shop to try on and buy. You didn’t think that just because screens had become colour you could buy clothes over a mobile phone. And back then, when you connected your computer to the Internet, it made that beepy-burbly sound.

Those were the days of analogue modems.

If you’d done a search for the keyword “fashion,” you’d only get about two or three hits.

Sure! (laughs) Computer communications began in the technological world, so there was quite a lag before the fashion world joined in.

Because of that, I was extremely dubious that we could hold a real show and sell clothes over mobile phones, but it sounded fun, so I was willing to give it a shot. Instead of using the conventional fashion models of those days, we used the types of models that appeared in akamoji (red-letter) fashion magazines4, which young women read, and that started with a desire to provide easy-to-understand fashion entertainment.4 Akamoji fashion magazines: Fashion magazines read by young women around 20 years of age. Their cover logos were often red, so they came to be called akamoji, or “red-letter” magazines.

That’s how you got started, and you’ve done that to this day?

There were lots of twists and turns along the way. Seven years ago, for the first time, we held a big fashion show at a gym in Yoyogi, where you could buy — on the spot — the clothes that were appearing on stage.

That has become what is now the extremely popular Tokyo Girls Collection5.5 Tokyo Girls Collection: A fashion show for young women held twice a year with the theme of bringing real Japanese clothing to the world. The first one was held in Tokyo at Yoyogi National Stadium Gymnasium 1 in August 2005.

Yes. Fashion shows until then were B-to-B (business-to-business), with free invitations going out to people in the industry, but we changed that to B-to-C (business-to-consumers), showing clothes to general consumers and letting them make purchases.

In that respect, you defied common sense in a lot of ways. (laughs)

I suppose so! (laughs)

In the world of amusement, if you defy convention and it goes well, people are surprised as well as pleased.

It’s not like just anything will fly if you blindly ignore common sense, but if you take a chance, sometimes doing something contrary to conventional thinking will find acceptance in the world, and eventually it will be widely accepted as a part of the ordinary.

I think so. We started up 13 years ago, then the girls’ boom came, and now it’s like a centrepiece flower that’s in full-bloom.

You’ve always run counter to conventional fashion world wisdom, so what is it you have in mind when you do your work?

Ultimately, it’s whether it’s fun or not. 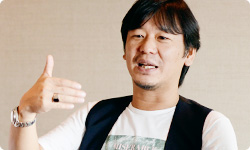 Oh, so not just in the world of video games, but you ask that in the fashion world, too?

It may just be me.

In the video game world, whether something is fun or not is one of the standards, and that’s true in the fashion world, too?

Hmm, it really may just be me. That’s why we did the Tokyo Girls Collection.

I thought that we’d try breaking down the type of show in which the models just come striding in and out. The models move in all kinds of ways, so people watching sense a kind of story and feel closer to the experience. I thought that kind of show would definitely be much more fun!