Another big change in the online shop this time is the integration of the Nintendo Channel functions. Specifically, that adds such functions as game promotion, gathering user game ratings and searching for games with good reviews. There was quite a discussion about changing the review system away from the Wii system's to a five-star system, wasn't there?

Yeah, quite a tussle. A five-star ranking is the standard ranking system that users are familiar with from the Internet. We thought that a five-star system would be more comfortable to users than assigning a number somewhere up to 100 points. Some resisted the idea of changing the previous system, so much so that, at some point, we were considering to adopt different ranking systems for different regions.

Do opinions really differ so much by country?

Yeah. Even now, we don't all quite agree. For example, there is division over what standards to apply, like whether one star is bad or actually sort of all right. It looks like we'll be able to settle on one worldwide Nintendo ranking system in the end, so the developers are relieved. 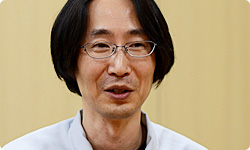 Reconciling the differing opinions in Japan, America and Europe was hard. And a lot with regard to the different ways of handling tax was a nightmare.

Oh yeah, was it ever! (laughs wryly) This time, we switched from a point system to a cash system. Each prepaid card is in that country's monetary unit, and when you download a product, the receipt bears the price, so the number of currencies being handled shot up. In particular, the number of currencies increased in Europe. It was my first time to hear a lot of them! Just when it comes to the krone3 in places like Northern Europe, there's the Norwegian krone and Danish krone, and - while their pronunciations are slightly different - the Swedish krona, and the Czech koruna… It's like they're all relatives! 3Krone: The currency used in several northern and central European countries.

Are there really that many?

Yeah. Krone means "crown." It's a common name for monetary units in Europe, so there are all kinds of them with that kind of name.

There were all sorts of complications like that. I wondered why I was spending so many days just thinking about the money involved. Actually, that's still going on.

About how many countries are involved with Nintendo eShop?

But tax rates differ even within a single country.

Yes. The server team in America is working on that. Add to that our financial, accounting and legal people in the various countries, and there are so many people from so many countries involved in this project that it takes forever to decide anything. What we're having the most trouble with right now is tax rates in America. In America, tax rates are determined by state, city and county. There are about 60,000 postal codes, and usually, once you know the postal code, you know the tax rate, but the tax rate in some areas isn't determined solely by the postal code.

Nope. It gets a bit complicated, but…should I go into it? (laughs) In America, some areas with the same postal code straddle state lines. For some reason, the postal zone wasn't determined together with the state boundary. Since the postal code doesn't determine the tax rate in that area, once you punch in that number, you have to choose which area you live in. We've been wrestling with these details in each country for quite some time.

Oh, I see. And one of the other goals from the start this time was to increase the speed with which the screen changes. The Nintendo DSi Shop was browser-based, so in order to change the screen, the server made information for the browser to read, and that was then constructed on the screen, so screen transition wasn't very fast. What did you do to speed it up? 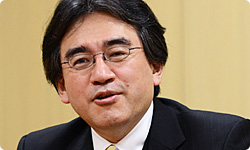 We used a method whereby a database of likely content for display is created, then assembled and read first - like with the Nintendo Channel.

In network communication, retrieving data in bundles is faster than flipping through it all.

Right. And our client programmers are doing everything they can to cut down on the amount of data.

That persistent frugality has an effect on the speed of screen transition.

Yes. We're building up the effects of a lot of such small efforts.

When I first saw the prototype linked to Nintendo eShop, I couldn't help but ask, "Is it really connected?" I couldn't tell that it was accessing a server at all. It ran so smoothly that it seemed like mock data.

When it comes to speed, I think we achieved our original goal. But we've added some things internally, so it may be a little slower than the last one you saw. I'm a little nervous about it.