2. The Search for Greater Creativity

When you first joined Toei Animation, what kind of work did you do?

You can't draw movement right from the start. First, there's someone who draws the main points, called key frames, within a movement, and then someone who works on the next stage. Newcomers like myself worked as hard as we could at taking what they had done, cleaning it up, and drawing the frames that would come in between.

How long did you do that for?

After about three years you begin to understand movement and are able to start drawing it yourself.

In other words, you can begin to draw key frames.

Right. After that, I worked on a number of different projects, and while I was absorbed in that, about ten years passed. At first, the company had a great deal of creative enthusiasm, but gradually it came to prioritise profits. Rather than producing original works, it started looking for popular manga serials and other materials to adapt. Even my own desire to create something fresh began to disappear.

You slowly became restricted in what you could do.

Yes. But then Hols: Prince of the Sun4 came out. Mr. Takahata was director. That was when I got braver with regards to animation.

4 Hols: Prince of the Sun is an animated film that was released in 1968. 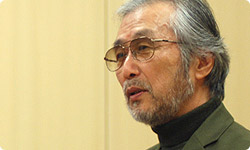 Until then I'd been taking it relatively easy. But Hols: Prince of the Sun was Mr. Takahata's first piece as director, so he gave it all he had. He put a lot of thought into what was expected of it, what he wanted to express, and the underlying psychological characterisation. He also expected a lot from the staff. And while I was trying to keep up with him, I started to grow in confidence.

After I was done working on Hols, I was never afraid to work on anything else.

You had been tested by fire and gained confidence.

That movie made us proud of the work we'd put into it. After that we had the courage to face whatever came our way. Later, after I'd been there about 12 years, I left Toei Animation.

There's no way I can continue without mentioning another particular topic. How did you come to work on Heidi, Girl of the Alps5?

5 Heidi, Girl of the Alps was an animated television series consisting of 52 episodes and broadcast in 1974. Produced by Zuiyo Eizo Co., Ltd.

I came to the Heidi project as a result of leaving Toei Animation. As I mentioned earlier, I was disappointed that I wouldn't be able to make any more highly creative works at Toei Animation. Just then, a certain production company contacted Mr. Takahata, Miya-san and me about adapting a certain famous work of children's literature.

When you heard that, did you immediately leave Toei?

No, I didn't know what to do. I'd worked with some of those guys for a long time. But I really wanted to make that animation, so I shook off my doubts and took flight. That was all fine and dandy, but then the original author didn't give the OK. 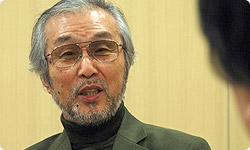 That must have been a shock.

I'd been making preparations.

So Mr. Takahata, Miya-san and I were at a complete loss. It was quite a jam. That project was the whole reason we'd left our company, and now it was dead in the water. But the demise of that project preceded the birth of Tokyo Movie Shinsha's Panda! Go Panda!6

6 Panda! Go Panda! is an animated film that was released in 1972. It was produced by Tokyo Movie Shinsha.

Then, after we'd made Panda! Go Panda!, a different company approached us about Heidi. And again, I worried about what to do. I had quit Toei Animation, so if we quit Tokyo Movie as well and moved on, it would be our third company. But if we could be certain Mr. Takahata would be able to direct something there, Miya-san and I said we would follow. That led to Heidi.

But at the time, people were saying there was no way Heidi would be a hit.

Those were the days when sports stories like Star of the Giants were popular.

I suppose Heidi stood out a little at the time. But I think it is a powerful story that stays in your heart. 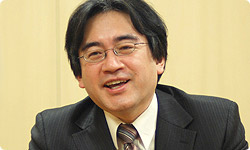 Besides, television animation was under budget constraints at the time. There was a limit to how many frames could be used. We wanted to use lots of frames for a full mode of expression, but couldn't.

Because of budget considerations, you could see the restraints as early as the planning stage.

I knew about the limitation on frames, but Heidi is actually a relatively short story. However, Mr. Takahata wanted to delve deep into it and show her daily life up in the mountains and all the human relationships, so we plunged into production, but it was quite rough. We stayed up all night for several nights in a row. I thought I might die. It was really awful.

I feel like I've heard that somewhere before… (laughs)

I'd like to ask about one other thing. I've heard that you were involved in a very important scene in Nausicaä of the Valley of the Wind7.

7 Nausicaä of the Valley of the Wind is a multiple award-winning full-length animated film that was released in 1984.

Yes, I participated in drawing the key frames.

It's the key scene toward the end, when Nausicaä has been hit by the Ohmu and dies, but then comes back to life. I heard something about you working on that part.

All of a sudden Miya-san came up to me and asked if I could help him out. I agreed without giving it much thought. We talked it over, and I whipped off some drawings. Remember the scene where the tentacles reach out? Miya-san had drawn some layouts, and I was to trace those to create the key frames, but it kept turning out lifeless. So for the first frame of the tentacles I just used the layout itself. When I saw the finished movie and what an important scene it was, I was shocked.

I heard Miyazaki-san said you got mad at him. (laughs)

Of course! It's such an important scene, but he didn't even show me all the storyboards!

I suppose he wanted you to draw that scene.

I used to argue with him quite a bit. Like when we made 3,000 Leagues in Search of Mother8. I argued with Mr. Takahata, too. Even though we had a precise dramatic structure for a scene, I would go and draw something however I wanted. Now that I think about it, all we ever did was argue! (laughs)

8 3,000 Leagues in Search of Mother was a 52-episode animated television series broadcast in 1976.