7. Nurturing a Game with a Plain Theme

This is just my personal opinion, but it’s actually refreshing that you were dealing with Steel Diver which has such a plain theme.

Aren’t the titles you make the polar opposite of “plain” things?

Oh, but I think that’s just a misunderstanding.

When I was making Zelda, it was very plain. (laughs)

I didn’t think that genre would be seen as something so mainstream. I really didn’t expect the response I got when I first made Zelda. A world of swords and magic really wasn’t considered mainstream at the time.

The NeverEnding Story16 almost got really popular around that time. It was a world that started off with a message like: “Here kid, take this sword.” (laughs) In a word, it was plain. 16 The NeverEnding Story: An adventure/fantasy movie produced in 1984 and released in Japan in 1985. 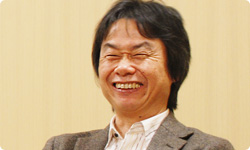 In that sense, Zelda and Steel Diver are the same to you.

I think so. But when I said they’re both plain, I only meant it in the sense that they’re not attention-grabbers. I believe they’re the same in the way that they’re both something fun. It’s just a matter of presentation to get more people interested in it. I think the original themes are relatively plain for most games.

That’s very interesting. People around the world probably think you’re surrounded by famous characters, which you use however you wish. It’s as if, when you create a game, you’ll get some kind of famous character and just plaster it all over it to get attention.

For people like me, who have known you for years, we all understand that it has never been the case with you. In the beginning, Mario was just “Jumpman”. Since the era when nobody knew about Mario, you’ve been nurturing that character. It’s the same whether it’s Donkey Kong, Link from Zelda, and even Pikmin.

Yes. But at least for Pikmin, I’m not the one drawing the art right now. Until the groundwork for a character and its presentation are drawn, I don’t know how it’ll turn out.

In other words, it’s not that the characters are already there from the beginning, just waiting to be given attention. You try to make the most interesting thing, and you end up either making it flashy or extremely plain.

That’s why, in terms of methods of game presentation, Steel Diver isn’t that different from the others. 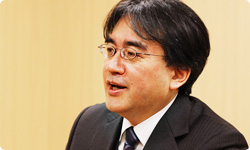 That’s right. There are quite a few plain things I’ve made. (laughs) Like with Pilotwings, which we mentioned previously. The main characters are actually the machines. So, if you want to call it plain, there’s really no arguing with that. Oh, and Wii Fit17 too. 17 Wii Fit: A fitness game for the Wii console first released in December 2007 in Japan.

Oh, now that you mention it, yes. (laughs)

When you work on things with plain motifs, what do you watch for?

You mean when I’m making it?

Yes. What things in particular do you devise for it?

Well, let me think... Well, looking at it from an internal point of view, I “encourage”.

I encourage the development team.

I’ll say things like, “If they can make this plain game a hit, this team will be amazing!”

I’ll also tell them, “This is where you’ll have to show them what you’re made of!”

I’ll also say, “Even if you release a sequel that’s a hit, people will say it only sold because it’s part of a series. On top of that, you’re always under pressure and that just makes things worse.” That’s actually something I always feel. (laughs) 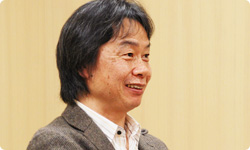 So, I keep encouraging them by saying, “Isn’t it fun to nurture a game with such a plain theme into something great?”

This may be a very nostalgic reference, but when it comes to plastic models, the tanks and fighter jets always steal the show.

Yes, you’re right about that.

Back then, we took gunpowder and firecrackers and stuffed them inside those tanks. We’d run them around and make them explode, just to see if they would break or not. That was the most expensive game you could play at the time. (laughs)

I think of this every time I talk to you, but you really take all of your childhood experiences and memories and apply them very well to game-making.