In addition to the simulator elements of Steel Diver, it also has the gameplay of a strategy game.

Yes. In the arcade games of the past, there were a couple of pretty ones where you could shoot torpedoes. Namco made an ele-mecha12 game where you could launch a torpedo that would go, “Pshhhhhh!” Of course, you’d have to accurately aim first, but I wanted that feature in this submarine game too. 12 Ele-mecha: A Japanese term which is an abbreviation for electromechanical machine.

That was a battleship type of game where you’d exchange cannon shots to sink each other’s ships. You would use the link cable for the two-player mode. When you play with another person, it becomes much more fun, so much so that you would never want to stop. But being so plain, it never really took off. I regretted that a little, so I wanted to make the strategic aspect stronger and to try again. 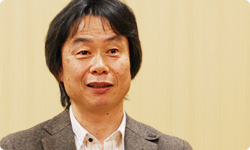 In other words, right when you decided to release it on the Nintendo 3DS system, all the features you wanted to include came together.

The gyro sensor14 was one of those things. 14 Gyro sensor: A measuring device used in attitude control to detect angle and rotation speed. Gyro has such meanings as "wheel" and "rotation".

I suppose so. (laughs)

When the hardware is being finalised, you constantly add more features in there, as if you’re calling back a ship that has already departed. (laughs) The most typical example of that was your addition of the speaker in the Wii Remote. This time, with the Nintendo 3DS system, you added the gyro sensor in the same way at the last minute. But you can really see the benefit of that addition already in this game.

But that’s generally how it went, as more and more ideas began to stick. Isn’t that how projects usually work?

Many good ideas started to make a lot more sense as we went along. We picked the good ideas one by one, and they all seemed to fit into place.

Even at first glance, some things might not seem to match. But as a whole, I think they came together very well in the end.

Yes. That’s why you can enjoy most of things specific to submarines with this one title. (laughs)

Would you say that the feature you want people to enjoy the most is the simulation aspect of it – the part where it feels as if you’re actually piloting a large submarine?

Yes, I’d say so. The players would use complicated panels to control something large and heavy. For people who like to set their own goals, I believe they’ll find a lot of things to do.

Compared to an action game that is very responsive, this simulator can feel somewhat difficult. But once they overcome that, it can end up being really fun. 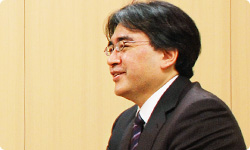 Also, the mode where you shoot torpedoes at battleships is simple and interesting. I think all kinds of people can have a lot of fun with it.

I believe the range for the audience of this game is very wide in that respect.

Yes. You can enjoy it right off the bat. There’s also the fun of trying to raise your score as high as possible.

There’s a wide entrance for all sorts of people to come in. But when they do, they’ll see that they can go so much farther down the path.

Right. By the way, this might be a little off-topic, but I think we want to score higher not because of our mindset that we want to challenge something difficult. If we can understand how the game works, we should be able to raise our scores naturally.

In other words, your wife got that high score not because she was trying to but because it went up as she understood the game better.

I think so. For Steel Diver, we have included elements which, by comprehending them, make you feel like wanting to keep on playing, even if you do not specifically aspire to become better at conquering them.