To finish up, I’d like each of you to say what you find striking about the final product and to say something to the fans. Koshiishi-san, would you please start?

In hardware development, especially at the design stage, the designers have a clear image in their heads of what they want to achieve. But those of us involved in mechanical design only have a vague image at first. But when we made the prototype in time for E3, it was something better than I had imagined. Then, as we were producing prototypes before mass production, it surpassed my imagination even further. It grew increasingly appealing to me, so I hope everyone will take it in their hands and take a good look at it. 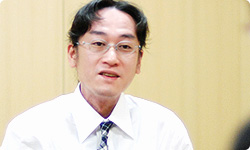 They should get a good look at the actual thing, rather than merely look at it in photographs or on the Internet.

Yes. You can’t really see the Nintendo 3DS system’s appeal until you actually get your hands on it.

I was extremely uneasy early in development. Maybe that was partially because, as we were making the prototype, there weren’t many other staff members around me. But now that it’s all finished, I think it’s really well done, like a dream almost. And to the fans, I’d like to say -

“Check out the battery cover!” 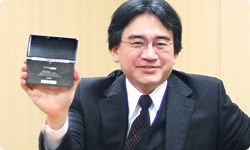 Thanks! My dream came true! (laughs) Of course, the designers paid a lot of attention to other details as well, not just the battery cover, so please make sure you check out more than just the 3D Screen! 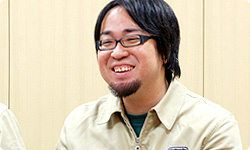 I feel very strongly that everyone worked together in making this hardware product - not just those of us here today, but the development staff of the Research & Engineering Department, the Product Evaluation & Engineering Department in charge of evaluating quality and managing mass production, the Production Planning & Coordination Office as well as the Procurement Department that draw up the production plan, and our partner companies. We started from zero, but we were able to come this far to be able to launch the hardware. I believe we have come up with some solid operability, as well as the overall quality, so I hope everyone will get their hands on one and enjoy it. 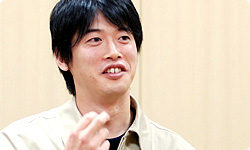 An industrial product - especially a commercial mass-produced game system - doesn’t come together solely because of the enthusiasm of its designers, so I, too, am full of gratitude for the enthusiasm of the technicians at our various partner companies who were positive in working with us, and the enthusiasm of everyone in the various departments involved. Before embarking on the design of this hardware, I saw a demo of the 3D software and thought it was amazing, but I didn’t think it would get across to players unless they actually saw it. For that reason, I wanted the external design to inspire people to take the system in their hands and say, “How does this work?” I think in the end we did a fair job of that.

Looking at the final product, I think the core portion of what you showed at the second presentation has been strongly reproduced.

They look plain because the processes for the Nintendo 3DS system are so complicated.

Yes. So I had rather a solid feeling as a designer that we were able to comply with the demands from the internal developers, to a certain extent. Also, this is the first time that Nintendo has included a special charging cradle .

Handheld game systems until now haven’t had their own place in the room. I think it’s important that our portable entertainment will now, like the Wii console, have its own home base in the house because of the charging cradle. I hope people will put it somewhere where they’ll always see it, so they’ll want to take it out with them every day. 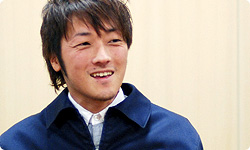 I became involved with launch of the Nintendo DSi system’s mass production partway through, so this was my first time to be fully involved with exterior design. Like Goto-san, I was extremely uneasy early on in development. But now that it has assumed its final form and I can actually hold it... I’m not sure how to put it into words.

Just one year ago, you weren’t sure what to do, but now that it’s done, there’s something profound about it.

Yes. A lot of people worked long and hard to give the Nintendo 3DS system its many new features, so...

At first you said, “I don’t know if we can make this!” and when you saw the model, you said, “It’s impossible!” and “This is the worst one!” In the end, however, you were able to pull it off.

And that’s only because everyone combined their effort. 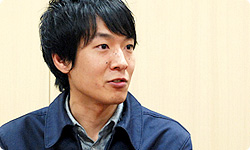 Thank you, everyone. Now, I’ll speak last. Most people’s attention will probably focus on the glasses-free 3D, which stands out as a new function. But when they actually have the Nintendo 3DS system in their hands, I think they will notice how it has appealing elements that set it apart from the previous Nintendo DS models. That is exactly what I wanted the designers to do. I felt that if the design didn’t change - no matter how much the contents changed - it wouldn’t be enough. You thought up six design proposals for the first presentation. Even though you had put a lot of thought into them, we asked you to rework them. Then, at the second presentation, we chose a model that we weren’t even sure we could actually make, but through the collective effort of a lot of people, you overcame numerous difficulties, and pulled it together in the short span of one year. Now when I take it in my hands and view it from various angles, I can’t help but smile, so I, too, am feeling a firm conviction with it now. The Nintendo DS models so far, especially the Nintendo DSi system, were solid, with everything unnecessary trimmed away, and they were in a rather flat design. Compared to that, the Nintendo 3DS system has more striking angles. I’m sure there’s a reason for everything you did, so you’ve probably only shared one-hundredth of your thoughts today. I think when players see the product they will make interesting discoveries and figure out for themselves what the reasons are for the system’s various features. Thank you for your comments today. 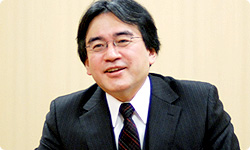