3. Grabbing Your Attention in Five Seconds

Since taking charge of projects, what kind of games have you made and what did you think along the way?

Within Team Ninja, my role was often about porting an already existing game and adapting it to expand the audience. I built on previous material, but I didn’t just copy it. I had to make sure it had a value of its own and satisfied those who had played it. If the players can’t tell what has changed, they won’t buy it.

That’s right. As a developer, you may want to fix or improve something, but you worry it won’t get across to the players. If you look at Super Mario Galaxy 210, the iconic element of that game is that you can ride Yoshi. 10Super Mario Galaxy 2: An action game released for the Wii console in May 2010 in Japan.

If you say, “You can do different things on this planet,” but at a glance it looks the same as a level in the previous game, the players won’t understand. I learned that from the way you presented Super Mario Galaxy 2. I was also in charge of the Nintendo DS game called Ninja Gaiden Dragon Sword.12 I wasn’t working on it at first, though. They brought me in part-way through, saying, “It isn’t going very well, so fix it!” 12Ninja Gaiden Dragon Sword: A ninja action game released for the Nintendo DS system in March 2008 in Japan.

That’s harder than working on something from the start. 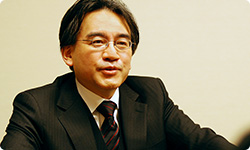 Yeah. That’s something I regret. When I came in, the game was already fairly complete, but it just lacked appeal. The deadline was coming up, though, so I only focused on how fun it was as an action game requiring significant use of the stylus. I think we were fairly successful in doing that, and the response from players was good. But the way you play a handheld as opposed to a home console - including its place in your lifestyle - is different, so I should have changed the very way it was played.

How games enter into your life is different for home and handheld systems. Basically, you play a home console in your leisure time and can sit down in front of the television and concentrate, whereas with a handheld, you walk around and play a bit in spare moments or before you go to bed.

That’s right. I was excited about releasing DEAD OR ALIVE Dimensions for the Nintendo 3DS system in order to make up for that previous experience. I got this rolling all on my own, and I think I was able to properly pull off the kind of gameplay that I had in mind for a handheld game system.

You were able to make DEAD OR ALIVE the way you always thought it should be for a handheld. Besides Ninja Gaiden, were all the games you worked on for home consoles?

Yes. So I kept in mind the difference between home and handheld systems.

The game tempo and everything changes. The timing where you play changes, so what elements you need to insert between them with that tempo change.

Yes. For example, with a handheld, you have to prepare frequent stopping points. From that point of view, fighting games are suited to handhelds.

The fighting game genre, which goes back to arcade fighting games, started with reaching a conclusion in a short period of time. They were always designed for making use of spare time.

Yes. That’s why I wanted to make DEAD OR ALIVE for the Nintendo 3DS system.

What parts of DEAD OR ALIVE does Team Ninja pay extra attention to?

I believe that a fighting game needs to get its appeal across in five seconds.

Five seconds. That’s all the time you’ve got to win players.

Yes. Because in a game arcade, you would only look at the screen of a game for about five seconds before walking on. I don’t work on arcade games, but five seconds of flashy battle scenes like a character falling off the stage or getting beat against a wall will attract players. That’s the kind of fighting game I try to make. I’m always talking about how DEAD OR ALIVE should come across to people who don’t know it through what it shows at a glance - rather than through words. 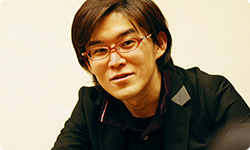 Have you had this five-second concept since early on?

Yes. I hit upon it when trying to explain DEAD OR ALIVE’s appeal to the staff in an easily understandable way.

You came up with it yourself.

Yes. You can convey quite a lot in a 30-second commercial, but 5 seconds is a mere instant.

Yeah. But our roots are in arcade fighting games, so we think that’s the way it is.

My own impression of Team Ninja’s games is that they are flashy, but glamorous.

Oh, I like that! (laughs) I think you’ve just replaced “five-seconds” with “flashy, but glamorous”!

To make something flashy but glamorous, you could use cut scenes, but with DEAD OR ALIVE, the elegance is in the flow of the game itself. As we discussed before in the session of Iwata Asks - Metroid: Other M13, I could tell where Team Ninja had placed emphasis by looking at how coolly Samus14 moves. 13METROID: Other M: An action game released for the Wii console in September 2010. 14Samus Aran: The main character in the Metroid series.