What other things are your values rooted in, besides your experience overseas?

Well, Capcom had a hit title called Onimusha19, which sold very well worldwide. At the time, Gladiator20 had just won an Academy Award, so we thought historical-themed products would definitely sell. That’s when I made a game called Shadow of Rome.21 The result… was terrible. The reason was, I simply could not see things at that time. 19 Onimusha: A survival action game about the Sengoku (Warring States) period of Japan. The first game in the series was released by Capcom Co., Ltd. in 2001. 20 Gladiator: A 2000 U.S.-produced movie directed by Ridley Scott. 21 Shadow of Rome: An action adventure game released by Capcom Co., Ltd. in 2005.

Do you mean that you had a biased impression?

It was all due to my false belief that anything dealing with history would sell. For example, you can show lots of action in a two-hour movie. But when I asked whether Americans really knew anything about the history of ancient Rome, my impression was, unless they were sightseeing there, they didn’t necessarily have the enthusiasm to try and understand Roman history in detail. And then, when I think about the situation in Italy, my impression was that the local people may not see Caesar as being somebody quite as outstanding as we Japanese people might make out. They may just feel, "Caesar? Yes, we know who he is." In other words, we Asians may have our own ideas when understanding such periods in history, like which specific people were the most notable figures, but the local residents abroad often have COMPLETELY different ideas from ours. 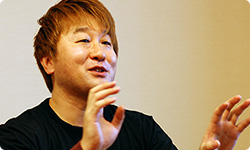 There isn’t anyone like Shiono-san22 over there? 22 Nanami Shiono: A Japanese novelist residing in Italy whose most notable work is Res Gestae Populi Romani.

I don’t think so. That’s why even Shiono-san’s novels would make people over there say, “Oh. Is that what happened?” That’s why the bias of “a historical game with the famous Roman Empire is sure to sell!” was something I didn’t even consciously think about. At the time, I probably grouped Europe and America together and didn’t fully understand them. It made me realise I needed a deeper understanding of everything.

So, after that embarrassing experience, more of your values solidified with what you have today.

Yes. Seriously. I guess it was embarrassing because I was so confident in it. I reflected on my mistakes and tried to understand them better. The result of that is Dead Rising.23 I took the Shadow of Rome team and analysed America. We saw what games they liked and could be absorbed in. After putting together everything of that sort, I think we managed to get a good result. But only after that experience, that embarrassment, and that huge failure was I able to see it. 23 Dead Rising: An action game released by Capcom Co., Ltd. in September 2006.

That’s why when we were going to revamp Street Fighter one more time, I was determined not to make the same mistake. I looked back and tried to remember what I was impressed with back in the ‘90s. I had to remember how everyone felt at the time. And that’s how I created the instalments one by one.

It’s been nine years since the last instalment in the series. How exactly did this Street Fighter revival begin? 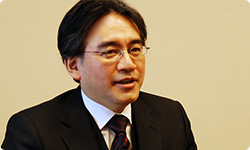 When I was being interviewed overseas for another title, the last question almost everyone asked me was, “When will we get a sequel to Street Fighter?” People asked me that a lot. The reason I thought the series was over after Street Fighter III24 was down to the same mistake I had made with Shadow of Rome. I had only considered the same consumers who were diehard fans of the series. 24 Street Fighter III: First released in the arcades by Capcom Co., Ltd. in 1997 and subsequently ported over to home consoles.

But those were your most passionate fans.

Right. They were also the loudest people who made their voices heard. I really understood how they felt, so I thought their voices were everything. But I didn’t realise there were other people with whom the game did not resonate at all until just about four or five years ago.

If it weren’t for that big failure you mentioned, you probably still wouldn’t have realised it by now.

Yes. I realised there were people who were waiting for it. I decided to seriously revamp the franchise from the bottom up.

All game series have a sort of tradition or custom that they always follow. As the series goes on, it can become more refined and more advanced. But at the same time, something is lost in the process. In that sense, what do you think Street Fighter lost?

That would be the narrowing of the “paths.” We had locked the doors of the “entrance” without even knowing it.

Was it really something you did unknowingly?

I would say so. By designating the “entrance,” it ended up becoming a game that only a select few could enter.

But for the people who could enter, they must have been proud of it and loved the space there.

Yes. It was a kind of pleasure you feel by being a part of an exclusive group. We game creators also became drunk with that feeling. Thankfully, even 14 years after its release, there still are world tournaments held for Street Fighter III!

That’s amazing! Those must be the people who have completely mastered it.

Yes. That’s why, when we created Street Fighter IV, we knew we shouldn’t make something that only Master Habu25 could play. There’s already a Ryuo Tournament26 out there, so there’s no need for us to do the same. 25 Master Habu: Full name Yoshiharu Habu; a professional shogi (Japanese chess) player. 26 Ryuo Tournament: A shogi (Japanese chess) tournament held by Yomiuri Shimbun, which determines that the winner of the Ryuo Tournament is the considered the best of all professional shogi players.

In other words, we developers should be widening the paths and allowing other people to see how fun it is to be among the “chosen ones.” So, you’re saying the Street Fighter revival project started off with you thinking about how that could be achieved.

Yes. To tell you the truth, when we started making Street Fighter IV, some suggested to make it even more over-the-top.

Just reading the comments from hardcore fans online will naturally make you gravitate toward that.

Yes. Since we can’t equate the loudest person’s voice with everyone’s opinion, we went back to the roots of the people who played Street Fighter and tried to analyse it. When making games, I always tell my staff to never forget going “back to the roots” and the “class reunion.” Going back to the roots means to look carefully into the very beginning where it all started. The class reunion means to think how we could make the former players who played the original feel like joining in again. For example, when you are going to a high school reunion, men usually think about the girl they liked right away. (laughs) 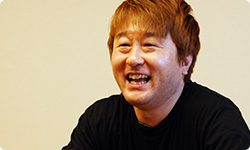 They’d have these thoughts about how she’s doing as they head on over to the reunion. But when they get there, everyone has changed and he doesn’t know which one she is. Something like that. (laughs) If it were me, I’d try to imagine lots of things about that girl on the way to the reunion.

Yes. It’s the same as that. The people who played Street Fighter until their fingers hurt back in the ‘90s carry a sort of image in their hearts. We can’t reuse what we used at the time in the same way, but we should make a happy class reunion that every attendee can imagine. That’s the kind of Street Fighter IV I wanted to make.

So, instead of just re-experiencing what they did in the past, you wanted to extract just the good things and good images.

Yes. We have tried to make it so people will say, “It hasn’t changed,” but in a good way. And we have tried to create a broad entrance that would “go back to the roots” by analysing how so many people in the past wanted to play the original. I believe that trying to develop these parts was what sparked the revival.

Wasn’t getting the rest of the company to understand and believe in it very hard work?

Yes, it was. Five years ago, I was really crying my heart out. It took me two years to convince the company! They kept telling me, “That’s outdated.”

And was it when the consumers tried out the game that you could feel the solid response for the first time?

Actually, it was when we announced it. Around October 2007, we released a teaser stating that it was going to be revived. We received a very powerful reaction to that. After seeing that, I knew the direction we were taking wasn’t wrong after all. When we first put the arcade version at the Game Show on exhibit, the moment everyone played it they all said, “I’m so glad it hasn’t changed!”

Their impressions of it haven’t changed at all, but in fact you’ve changed the details quite a lot.

People who were casual players felt, “It hasn’t changed.” On the other hand, people who played it religiously felt, “it has come this long way to do even this!” I felt that providing both kinds of features was the way to widen the point of entry. At that time, I told myself, “I wasn’t wrong after all!” It brought me away from my walk of shame.

After that, it was ported over to home consoles. Since it was popular already, was it smooth sailing from then on?

Yes. Right when we released the arcade version, even people from our overseas subsidiaries said, “Let’s do it.” I felt like everything was going in our favour for this title.

The population of fighting games had decreased significantly at one point, but it really surprised me to see how that title sold on an HD system. I kept wondering how you did it. I feel much better, now that the mystery has been solved. (laughs)