You were very interested in the technological side of things, but you didn’t enter the company as a programmer?

That’s right. I entered the company as a sound editor. To tell you the truth, I studied architecture when I was in college. At the time, colleges were the only place you could even touch a super computer or other computers with fast processing speeds. I was programming on those kinds of computers and thought, “This is always fun!” (laughs)

We’re all drawn to certain computers simply because their specs are really high.

Yes! I can really relate to computers that are huge and can process things really fast, as well as small ones that still try to process information the best they can. I was interested in how things can be processed in the smoothest fashion.

It was like a dream of yours. Were you very serious and stoic back when you were a student?

Well... (laughs) I did spend half the time studying, since I was a student. But in short, I wanted to be popular with the girls. (laughs) And I came to the conclusion that music was the quickest way to do it. My interest in music took root during high school as a way to get popular with girls, and my interest continued and I kept going with it in college. On a more serious note, did you know that if you take music apart, its mathematical properties are very interesting? 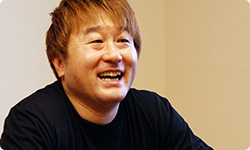 You’re right that certain parts of music have things in common with maths.

The more I analyse the chords, the more logical it seems. When I was in a band in college as part of my hobby, I coded a piece of data to support my sessions that would automatically play an arpeggio10 that I would use when I composed music. Anyway, when I was trying to decide on going to college to pursue architecture, follow my passion for making games or go further with music so I could keep trying to get popular with girls (laughs), I saw that Capcom was hiring for a composer. I got so excited and said, “Wow, Capcom! The company that developed Exed Exes!”11 10 Arpeggio: Also known as a broken chord, in which the constituent notes are played in sequence rather than simultaneously. 11 Exed Exes: An arcade game released by Capcom Co., Ltd. in 1985. (Released as Savage Bees outside of Japan.)

You had the image of them being a company with a very high level of technological achievement.

Yes. At the time, I knew that moving large characters was very difficult to do. That part really struck a chord with my curiosity about all things technical. Not only that, but they were hiring for a composer. So, I recorded a cassette tape with my own works and sent it them. They decided to give me an interview and offered me a spot the next day. That’s how I decided to work on music here. In the end, I was able to do both programming and music. I was so glad it happened that way.

Your background in programming really helped you. Looking back, you must wonder how you got to where you are today. 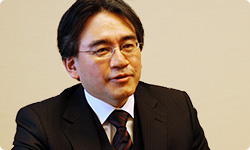 Yes. I started off by trying to make content from the perspective of a fan, but I also think my first experience with Space Invaders really ingrained in me the sense of enjoyment through competition.

At the time, there was no Internet or Google. With very few reference materials, we had to think everything out for ourselves. It was very inefficient, but we took baby steps in the dark and gradually learned how to use the hardware. It was exciting and, above all, it was fun.

You’re exactly right about that. Nowadays, there are lots of people who’d prefer to read reference books about things. I believe that’s just the means; it shouldn’t be an absolute goal. There is always more than one way to do anything. It’s always about trial and error. So, I always tell my staff members to “use their wits.” Unless you use your wits to create games, you’ll never achieve any surprises.

It’s about doing what no one else has done before. If surprising the consumer is the goal, using the same methods will cause the consumer to see everything as being the same, and the only way to keep on surprising them will be to always add up the sheer volume of the gameplay or beef up its gorgeousness, and taking that strategy would ultimately kill the company. That’s why we should always focus on other methods and make it “exponential” instead of simply adding in factors.

That’s right. I think that “exponentially” is a great keyword. When a game's appeal can be identified by certain spec figures, some consumers may well be satisfied to find an impressively high numeric figure listed in the game's brochure, but whether or not it will really make them like it is an entirely a different matter.

Some people can be happy when a game has a lot of content to offer. However, some people are the opposite. If you can play a game for three minutes and honestly say, “It’s amazing,” I believe everyone will feel the same about it. Those kinds of things are what other consumers talk to each other about.

When I talk about it, I always show an original blueprint that listed each of the proposals to the staff and ask them, “What jumps out at you the most?” and try to rank each of the features. Then, I’d ask things like, “What images come to mind with content outside of this blueprint?” or “How much can you do?” The people who can supplement that blueprint are the people who have very sharp wits. They’re the kind of people who can find something new on their own. 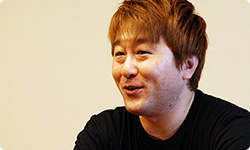 Meaning, when you give someone a job to do, some of them will be able to develop it independently, while the others will always ask what to do each step of the way.

Yes. Objectively speaking, that’s something content creators have to pay attention to.

But everyone has different tastes in what kind of work interests them. Like with the disassembly, it’s obviously hard menial work, but you can have lots of fun doing it.

You’re exactly right. But it really was fun at the time. I snuck an assembler sheet into my school bag and opened it up during the lunch break. I’d try out what I had come up with at home, and I’d do the same at the electronics store, too. Then again, I think I was the only kid who would do something like that. (laughs) I sort of feel sorry for the staff members who simply don’t have the opportunity to do that today.

The environment is a lot better, allowing everyone to test many things right away. Back then, you’d have to prepare it on paper or in your head for a very long time before you were able to input it in the machine. On the other hand, because the learning environment wasn’t very good back then, we had to do trial and error by hand. It may seem inefficient, but I think it taught us something very valuable.

As suppliers of creativity, we have various paths we can take to the goals we should strive to achieve. There are many ways to approach this problem, but that difference in approach also leads to getting through to each and every consumer.

There are countless paths to the goal. And with those countless paths, finding the best way to it through knowing your strengths and weaknesses always yields the best results. That’s why our experience of wrestling with the fundamentals has also allowed us to find multiple methods in solving problems. That’s just my take on it.