The initial trigger was the fact that, after we'd made Dragon Quest VIII, we decided on the goal of creating something as a company, by ourselves.

In other words, up until that point, LEVEL-5 had been a game developer, and then you set your sights on becoming a publisher and releasing your own works.

That's correct. If we were going to be a publisher, I thought the Nintendo DS system was the best fit, since it makes it easy to give shape to ideas. But to be honest… There were some who said that software that wasn't from Nintendo was difficult to sell, and I thought about why that might be. The conclusion I came up with was that not everyone who likes playing games has a Nintendo DS system.

That was exactly the time at which we started planning Professor Layton and the Curious Village. In particular, from our analysis, we found that light users – users who had the Nintendo DS Lite system – were more likely to possess a game system for the sensation of having a popular item than because they were seeking ultimate excitement and quality from games. So, in order to ensure the success of our debut work as a publisher, we thought we'd need to create a successor to Brain Training. Of course there were game fans who played on the Nintendo DS system as well, but we thought that the light user demographic, the ones who'd played Brain Training and didn't yet have their next game, might be surprisingly large. 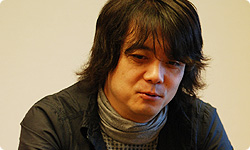 In other words, you thought you'd make a game that would be accepted even by those who'd never played anything but Brain Training.

Yes. So we did further analysis, trying to discover what things people who'd played Brain Training might have been dissatisfied with. Of course there are people who play the game on a daily basis, but we thought there would probably be some parts that weren't satisfactory. For that reason, we included things not found in Brain Training, and at the same time we made it seem like a game that could be played as an extension of Brain Training. Then we felt that there would be a lot of women among the light users as well, so we thought that using TV personalities as voice actors might create a buzz. At the time, there were many situations where people would play the Nintendo DS system outdoors with the sound turned down, but we decided to go ahead and pull together an all-star cast of voice actors anyway. We also decided to use movie-quality images, even though the screen was small.

By positively emphasising things that hadn't yet been done, you were sure you'd be able to create a new experience for players as a follow-up to Brain Training.

That's right. It was important for us to be able to use those game specs – the fact that we had famous people as voice actors, and that players would be able to see movie-like graphics – when we promoted it. On the back of the package of the first game in the series, Professor Layton and the Curious Village, where there would usually be screenshots and explanations, we put photos of our TV personalities and interviews with them. We based the concept on the content of women's magazines.

Did you research women's magazines as well?

No, I just told them to model it on the content layout of women's magazines. (laughs) The important part was that it wouldn't feel like a game when they picked it up; we wanted it to be a product that light users could accept without difficulty. I think it was because all those things meshed well that it became a hit.

I remember thinking at the time lots of educational software appeared that tried to be the successor to Brain Training, but no other game was similar to what you came up with.

With regard to the game design, too, I ended up vetoing almost everything that had come up at first. I told the people in development, "This isn't like anything we've done before, so you mustn't make the player open a new window here," and "Put everything that's going to be done next on the upper screen." In RPG terms, it's like we were always instructing the player on what to do next.

Conventionally, such a structure is unheard of in a game. You intentionally chose a structure that would make gamers say, "If I do that, I'll feel like I'm just running errands; that's boring." But you didn't want people who had no experience with games to get lost. 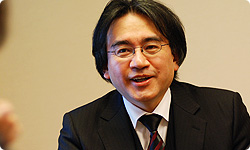 That's it exactly. When we were making Professor Layton and the Curious Village, we researched the Nintendo DS adventure games. And what happened there was that, after we played for a while, we'd get busy and leave it for three days or so, and when we came back to it, we wouldn't know what we were supposed to do in order to move the game forward. We wouldn't know where we were supposed to go next, so after we started playing again, we'd end up spending forever trying to figure it out.

To those who don't know where to go next, that's not gaming any more, it's just work.

It really is. Professor Layton and the Curious Village is a portable game, so people might have to stop playing it at any time; we felt we needed to take that into consideration. So we thought it would be a good idea to always give players their next goal. Some of the staff members said, "If we go that far, I don't know if we can even call it a game any more," and I actually said, "This doesn't have to be a game." The upshot is that that system of knowing where you need to go next is used in Inazuma Eleven and Ni no Kuni as well.

So the idea that doing something like that might ruin the game was nothing more than an unfounded fear of the people who were making the game at the time. As proof, nobody's saying, "This is boring."

That's right. Even when they know their next objective, all we have to do is make it so that they can take side trips as well.

And the puzzles themselves are things you can seriously think about.

Yes. When we go somewhere new on vacation, since we already know where we'll ultimately need to go, we can relax and take all sorts of side trips. But if we keep going worrying if maybe we're actually lost, we won't be able to have much fun. (laughs)

Because fun sightseeing is only possible when you know that, in the end, you'll be able to go back to the hotel and have dinner. (laughs)

Exactly, that was the approach we used.