So you successfully managed to introduce the Goomba into the game. (laughs) And with that, the first Super Mario Bros. title was complete. How did you expect the users to respond to the game?

To be honest, I didn’t think that so many people from around the world would end up playing the game. But just before we released it, we got lots of people to test the game and when Miyamoto-san saw how people were responding to it, he said: "This is just like it was with Donkey Kong".

So people were really getting that excited.

Right. I clearly remember Miyamoto-san, who had been through this experience once before with Donkey Kong, saying: “This could well turn out to be huge".

At the time you completed work on Super Mario Bros., I came to Nintendo to help finish up F1 Race21. At that time, I was given a pre-release ROM of Super Mario Bros. and was asked to give my impression of the game. I took it back to HAL Laboratory and for the next two weeks, the dev team did absolutely no work. The whole staff did nothing but constantly play Super Mario. 21 F1 Race was a Formula One driving game released for the Famicom in November 1984.

That’s why my feeling before release was that you’d really come up with something out of the ordinary. At that point in time, I didn’t think it would become such a phenomenon, but I did feel that this was an incredibly exciting game, the like of which I'd never experienced before.

But actually, after we’d completed the game, this reality didn’t hit home for us.

When you’re actually working on something, you sometimes lose sight of what you’ve got on your hands.

You do tend to lose sight of things, don’t you?

All you’re thinking is: "It’s finally over!"

“There are no more levels to redo!" (laughs)

And you start discussing your next job.

Since we’d started Zelda at the same time, the day after we completed work on Super Mario, we were already discussing Zelda.

So once you’d got Super Mario on the ROM, you soon forgot all about it and focused all your attention on Zelda.

When we finished work on Super Mario, Miyamoto-san made sure we kept our feet on the ground. He said: "Celebrate by all means, but only for about three hours after completing the game." 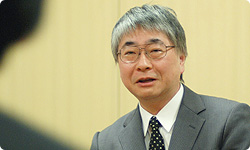 So you only had three hours to enjoy the feeling of having completed the game? (laughs)

Miyamoto-san said: “Let’s give the next project our all!” And we all replied: “Okay! Let’s get on with it!” That’s the way it was at the time.

So we went over to working on Zelda right away.

I’m going to try to avoid asking too many questions about Zelda, as this interview is about Super Mario Bros., but if I were to ask you to recall one episode that left a particularly deep impression on you, what would you choose?

Tezuka-san, do you remember the discussion we had about dividing the heart containers into quarters?

(laughs) With Zelda, the number of items you could collect was very small which presented us with a real headache. I recall a time when I discussed this issue with Tezuka-san for a whole day, all the while playing a puzzle game.

So you held discussions about increasing the number of items while playing a puzzle game? (laughs)

Right. Then Miyamoto-san went home without saying a word. When he got to work the next morning, he said out of the blue: “I can see exactly what the result of your work yesterday was.”

Did he mean it ironically, because you’d spent the whole day playing a puzzle game?

No, no, it wasn’t like that. While playing the puzzle game, we had actually drawn a heart divided into quarters on the white board. When Miyamoto-san saw that, he was able to grasp that image of the pieces of heart without us having to explain it to him.

Ah, I see. So by dividing the hearts into quarters, you could make up for the shortage of items.

That was the idea. We’d just sketched a really simple picture on the white board, so I thought: “Miyamoto-san really is a fairly special guy.”

I felt exactly the same way towards Tezuka-san.

What aspect of Tezuka-san did you think was special?

Yes, Mario gets big ears and a tail and becomes able to fly. 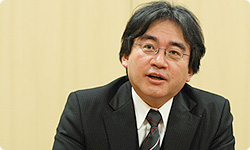 When we first came up with that feature, Mario could simply keep flying through the air. But if we had gone with that, all of the obstacles and the objects on the ground that we managed to create would have been wasted, so I said we should abandon this idea. But Tezuka-san really liked that Raccoon Mario.

I remember during a subsequent meeting, Tezuka-san started to slowly flap his hands and pretended to be Raccoon Mario flying. He said: “Mario would go like this and he’d fly, right? Don’t you think that would be great fun?"

So Tezuka-san, who we know had strong feelings about the sky level, put all his passion into arguing his case. (laughs)

But if we’d simply gone with Tezuka-san’s idea as it stood, Raccoon Mario would have been able to stay in the air and fly straight to the goal. That would have been ridiculous.

If Mario can just keep flying about, you couldn’t really call that a game. (laughs)

But Tezuka-san insisted that we had to come up with a way of making it work. That's when we discussed enforcing some limits on Mario’s ability to fly. We then made it so that

Video: Mario has to run in order to fly

So you successfully managed to introduce the Goomba into the game. (laughs) And with that, the first Super Mario Bros. title was complete. How did you expect the users to respond to the game?
Mario has to run in order to fly . He needs to run at least eight times the width of his sprite before he can take off.
Iwata:

So you made it so that, in order to fly, you need a certain amount of flat terrain.

I’m not sure who came up with the name, but we all referred to this as “the runway”. So at that point, we looked again at the maps and completely reworked the levels so that Mario would have places where he could take off from. In the end, we made it so that if you got

Video: an item called the P-Wing

So you successfully managed to introduce the Goomba into the game. (laughs) And with that, the first Super Mario Bros. title was complete. How did you expect the users to respond to the game?
an item called the P-Wing , which was the Koopa Paratroopa’s wing, you could fly through the whole level.
Iwata:

So Tezuka-san’s persistence about the sky infected you all! (laughs)

I was also glad that we included this feature. After all, there are those players who want to get through a level quickly. Moreover, the P-Wing item in Mario 3 is a forerunner of the Super Guide feature in New Super Mario Bros. Wii.