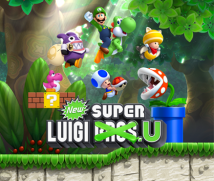 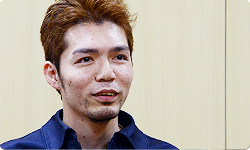 In the end, the content turned out to be such that you could say you made a whole new game rather than making add-on content. 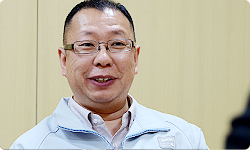 But Mario doesn’t show up this time! (laughs)

Can you say that in a way, this development involved thinking for a long time about what downloadable content should be like for Super Mario?

That’s right. I never thought that we would think this deeply about downloadable content.

We didn’t have such a big job planned at first. We began by thinking about expanding secondary play such as we did for New Super Mario Bros. 2 for Nintendo 3DS. For example, we considered adding a lot of Boost Rush mode courses.

Right. That wasn’t by express agreement, it just happened by chance. As I remember it, we had decided to distribute additional courses for the two titles, but each group was going to think about what they should be like for each game, and the ideas for this one came up just a little bit faster than for New Super Mario Bros. 2.

Yes. Later, the idea of additional packs for Coin Rush mode came up from the New Super Mario Bros. 2 team, and we moved forward with that because that game was being released first. However, as we were working on it, the similarity of the idea began to bother me, so I started thinking we should come up with a different idea for New Super Mario Bros. U.

Takemoto-san, did it not quite sit right with you (laughs) when you had thought of this great idea, but then someone who came along later seized the lead?

Well, that game was coming out first, so it couldn’t be helped. (laughs)

That’s very big of you! (laughs)

Oh not at all! (laughs) I was a little worried that some might wonder why the add-on content wasn’t in the main game from the start, but I thought positively about it – “If they’re doing that, then we should come up with a better idea.” 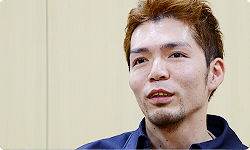 We began development of the additional packs for New Super Mario Bros. 2 after the original game was complete and we had analysed how people were playing it. Our intention was to prevent any sense of the original game being slim in content because there was going to be downloadable content, but nonetheless, some did wonder why it wasn’t in there from the start.

Yeah. And personally, I’d never quite taken to the idea of adding Boost Rush mode courses, so we decided to consider whether there were any other good approaches.

Then we began experimenting and made something for New Super Mario Bros. U that had extremely short courses but increased difficulty.

And that led “directly” to New Super Luigi U.

Why did you decide to shorten the courses but make them more difficult?

We originally assumed the downloadable content would be for people who had played New Super Mario Bros. U, and decided to make it for people who wanted to play it even more. So I had been saying it could be a little more difficult.

You had advanced gamers in mind.

Yes. But it would be exhausting to play long, difficult courses.

You would get really tired.

So I thought it was necessary to shorten them.

In other words, if gameplay is more intense and exciting, you can’t keep up that level of tension for a long time, so you made them shorter.

I thought about it a little differently.

The New Super Mario Bros. series has come out sequentially for Nintendo DS, Wii, Nintendo 3DS and Wii U, and as it went along, the courses kept getting longer.

The courses have gradually gotten longer?

Yes. I don’t think the players would have noticed anything unusual, but if you compare them, yes. It was gradual, but they’ve become longer.

You mean the actual length of the courses?

Yes. I cleared them way back when without ever thinking they were short.

That’s true for me as well.

But when I play them now, I think, “What? It’s over already?” But they feel so comfortable to play. So while I thought that the players might feel as if short courses might lack something, I thought a length that allowed you to see the Goal Pole coming up once you got over the hump would serve as motivation to play over and over.

On a short course, if you mess up, you can see the Goal Pole right ahead, so you feel like giving it another try.

Right. So just when I was thinking that I wanted short courses for the downloadable content this time, Tezuka-san just happened to suggest trying short courses, so the timing was perfect.