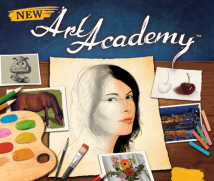 Now I’d like to ask about how work on New Art Academy got started. Terasaki-san?

Certainly. Well, when we started to think about making a new Art Academy title, our first thought was that we needed a new central element. We remembered that Nicolas from Nintendo Iberica had asked us to talk to him if we ever planned to come up with a new Art Academy title for Nintendo 3DS. So we got him to come along to a meeting we had with Kuju.

Yes, it is. At Nintendo, we almost never start a project by asking the opinion of people involved in marketing and selling the games. But Nicolas was just so enamoured by this title that we wanted to involve him. At that initial meeting, the concept Nicolas put most emphasis on was ‘sharing’. That is, he wanted us to make it possible to exchange your work with friends. That’s right, isn’t it, Tancred?

Yes, it is. But we’d actually already decided that we wanted to add a feature that allowed you to exchange your work with other users and comment on them.

If you didn’t think you could draw, and then you manage to come up with a nice picture, the first thing you want to do is share it with others. 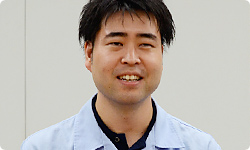 The issue is that when you design a system that allows you to share data, you have to meet all manner of guidelines.

Right. We don’t want people sending unpleasant or offensive images to other users.

This was where Ichijo-san really came into his own, thanks to his experience as a member of the Mario Kart 7 team8 prior to working on this project. 8 Mario Kart 7: An action racing game released for Nintendo 3DS in December 2011.

That title has all kinds of features that are governed by our guidelines, and these features are all interlinked in a complex way. It must have been incredibly tough to get all of these features right.

Yes, it was. That title really served to train Ichijo-san and he was able to apply all that he’d learned to New Art Academy.

It goes to show that the experience you gain on a project is never wasted.

But allowing users to share their artwork wasn’t the only thing that Nicolas suggested.

What else did he say?

Well, in Art Academy up to that point, the lessons that taught you how to draw and paint were ones that we had prepared ourselves. But Nicolas came up with the idea of allowing users to

Video: create their own lessons

So now you can create and share your own lessons, in the same way an art teacher would create a lesson for their students.

It’s an idea that could have only come from someone like Nicolas, a man who has got an art gallery to put on drawing classes using the software, and actually started going to art classes himself.

I think that’s true. The idea of allowing users to create their own lessons wasn’t something that had crossed our minds, but when we first heard it, we thought it was a fantastic idea.

And you don’t have to be an expert art teacher to put together a lesson. If your friend has come up with a stunning picture...

You can get them to show you how to draw it in the form of a lesson.

Right. I imagine that if you created a good lesson, you could end up with one of your pictures getting spread more and more widely. Now, what other new features are there in New Art Academy?

In the first title, there were only two types of art material available — pencils and paint. This time round, we have added two totally new materials —

Iwata Asks: Dr Kawashimas Devilish Brain Training
coloured pencils and pastels . You can then choose between canvas and paper, and use a whole host of new colours, making the scope you have to create all manner of artwork much broader than in the previous title.
Jason:

It’s not just the amount of available materials that we’ve increased. We also wanted it to feel closer to the real thing when you used the paints and pencils. To achieve this, we made a lot of improvements and enhancements to the feel of these tools and the expressive range available to the user. In addition, because this title was made for Nintendo 3DS, the higher resolution9 gave us more pixels to play with, allowing users to create pictures with much finer detail. 9 Higher resolution: The resolution of the pictures you could create in the previous Art Academy titles was 512x384 pixels – in the new title, the display allows images with a resolution of 640x480 pixels. 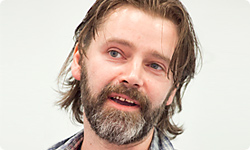 And then there is Nintendo 3DS XL.

Yes, indeed. You can use the bigger screens to come up with something really dynamic.

When Art Academy was originally released as Nintendo DSiWare in Japan, the subtitle made reference to it being ‘relatively authentic’...

Yes, and this time round it’s ‘really authentic’! (laughs)

Personally, I think that another really significant development on this title is that a number of partially-completed picturescan be stored on the software, then returned to later on. When it comes down to it, I’m not someone who truly loves drawing, so I’m not willing to devote a huge amount of time to creating a picture.

Right. Well, you did say right at the start that you wanted something that let you create a picture in half an hour! (laughs)

That’s right. I can only ever manage to put half an hour at a time into it. This means that I might start a picture, but I often won’t be able to finish it...

So you end up with a half-drawn picture.

That’s it. And when I have started a picture, I want to be able to save it. With previous Art Academy titles, there were hardware restrictions that meant you could only save one picture with Nintendo DSiWare, and three on the full Nintendo DS version. But with this new title, you can make full use of the SD Card and save lots of your unfinished pictures.

This means that even if you only partially complete a picture the first time round, you can come back to it again and again and devote a lot of time and attention to completing it. Am I right in thinking that you can save up to 3,000 completed pictures?

Yes, that’s right. We’ve made it so you can save completed pictures to the same part of the Nintendo 3DS system’s memory used for images taken using the Nintendo 3DS cameras, meaning that you have a maximum storage capacity of 3,000 photographs and Art Academy pictures.

You can also view your pictures in a gallery, with your creations displayed in a 3D environment that you can explore. I think that makes for a really fantastic experience.

That must be right up your street, Terasaki-san! (laughs)

Yes! (laughing as he gets out his Nintendo 3DS) So this is my

Ah, yes... It has the atmosphere of a real art gallery.

Miyachi-san and I actually went to a famous art gallery in London along with Tancred and Jason, and were inspired to make our gallery feel just like that one.

Yes, that’s right. What really stayed with me after we visited that gallery in London was how impressed Terasaki-san and Miyachi-san were with the thickness and texture of the oil paint used in the paintings.

Yes, when you actually see oil paintings, their surfaces are really uneven.

That’s why with this new title, we worked really hard to capture that depth and thickness.

So ‘Student A’ and ‘Student B’ actually ended up being useful in a most unexpected way. (laughs)