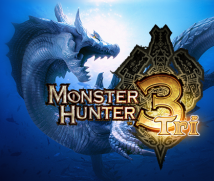 Earlier you mentioned how hard it was to adapt the game for the Wii Remote and Nunchuk. Partway through development, you learned something that must have been a bit unexpected from Nintendo, didn’t you?

Yes. (laughs) We heard about the Classic Controller Pro .

After you’d put all that hard work into adapting Monster Hunter Tri for the Wii Remote, were you discouraged?

We even suggested that it would be released at the same time as Monster Hunter Tri. Until that time, that sort of proposal was unheard of.

Yes, I could really tell that. This may sound a little rude, but we were like, “Nintendo is serious about this!”

So we knew it wouldn’t be right if we weren’t serious, too.

You were already serious, weren’t you? From the beginning?

I could really sense your seriousness. We were acutely aware of how enthusiastically you were making Tri, so we wanted it to go well no matter the cost. If there was a reason it wasn’t going well, we wanted to do whatever we could to help. I thought it would be too bad if there were gamers who couldn’t get into Tri just because they couldn’t get used to the controller. I’m just gonna go ahead and say it (laughs), but we even discussed where the best place for the analogue sticks would be.

Looking back over Nintendo’s history of development for controllers, I don’t think we’ve ever discussed it so deeply with another company.

It was unprecedented for us, too. (laughs) 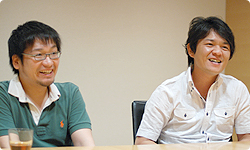 Someone within Nintendo said, “What? You’re going to ask the development staff of another company?” But since we were going to make a new controller so that people who had played Monster Hunter before could play comfortably, I thought we should at least get the seal of approval from the game developers.

To be honest, when we were first asked that, I thought, “Is it all right for us to decide?” We said what we thought would be a good spot for the analogue sticks, and when it turned out just like that, I was surprised.

While we had been designing the game for the Wii Remote and Nunchuk, we had always been making it for compatibility with the original Classic Controller, too.

That’s right. So even when it came to the Classic Controller Pro…

When we told you that game operation was somewhat awkward with the Classic Controller the way it was, and you eventually reflected that, we were truly grateful.

It was a new experience for us, too.

We also had a great time as well, working it all out with Nintendo. When it comes to making a controller, you think in terms of millimeters - no, even smaller…

I suppose we were obsessing over strange details.

No, that kind of dedication really resonated with me. I got a glimpse into a world where simply changing one tiny element has a big impact on how something feels. It was a lot like how, when we make a game, we will slightly alter the placement of a certain element so that the game feels much better to play. 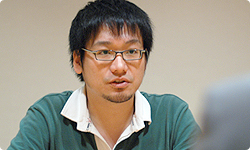 That is what it means to be a true craftsman.

It was incredibly interesting. And when you hear the reaction of people who have actually used the Classic Controller Pro, it’s extremely positive.

Is that so? If the team in charge heard that, I’m sure they’d be pleased. (laughs)

I think making the controller during the same time period worked out really well for Monster Hunter Tri, too.

We had the Classic Controller Pro go on sale the same time as Monster Hunter Tri, but Nintendo would like it from now on if other software developers made use of it. We also released a new colour of the Wii console along with Monster Hunter Tri.

I was really surprised when I heard that, too.

I’ve talked about this with Fujioka before, but we wanted to make Tri one of those titles you buy together with hardware.

We had a strong desire to make a game that gamers would want to buy the hardware for.

About the time we were talking about that, we heard Nintendo was really going to bring out a black Wii . At first, we thought, “Really?” (laughs) (Editor’s note: In Japan the black-coloured Wii console was released simultaneously with Monster Hunter Tri. In Europe, the black Wii first became available in November 2009).

It was something you could not believe right away? (laughs)

Yeah. Then when we saw it, the colour change made for quite a different impression.

It makes you want to sit the console in certain locations. And the colour really goes well with the blue slot illumination. It’s very cool.

However, when we tried to make the black hardware, the materials didn’t exist to satisfy Nintendo’s standards, so we had to make them. When I heard from the developers, I was flabbergasted. They said it was taking more than two and a half years to develop the materials. We just barely made it in time.

It came out at just the right moment. In that respect, too, I think Monster Hunter Tri is an extremely blessed title.

If there is something that players are interested in but can’t decide whether or not to purchase, some kind of condition that stops them from buying something, I think it is our job to remove such obstacles as much as possible. Our response to such needs was the Classic Controller Pro and black Wii. Okay, is there anything else you’d like to say to our readers in closing?

How many years has it been since development began?

Three years since the project started. Two years since we actually started making the game.

So that’s why you said “at long last.”

Yeah. (laughs) You can finally play it. You can finally take on Monster Hunter Tri - or, as the name implies, “try” it. I hope the series grows in popularity, and I made it in a spirit of challenging myself, so I hope people will explore every corner of it and enjoy it without any hesitation. (laughs) 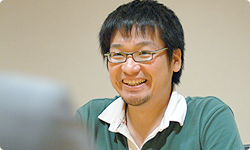 You want players to feel free to jump right into the online world, right? (laughs) Tsujimoto-san?

Monster Hunter Tri is a special title for us. We started all over at the ground level and made it a game that is sure to satisfy players who have been playing the series all along and will make them say, “I’m glad I ‘Tri-ed’ it.” I think new players will find it exciting too, so please give it a shot. You have my thanks in advance! 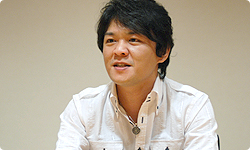 I’ll offer a few final comments, too. As someone who once made things myself, I can say that it is only very rarely that you find something this dense and with this degree of enthusiasm packed into it. I’ve introduced it here today because I encountered it and thought it would be great if I could convey the game’s appeals to as many people as possible. To people who may have heard of the series but never actually played it, and of course to those who have played the series all along I want to say, “You don’t know what you’re missing if you don’t play this game,” - especially those who own a Wii. It’s a game with a great deal of breadth in gameplay, more breadth, perhaps, than it appears to have at first glance. I hope everyone comes to understand that. Tsujimoto-san, Fujioka-san, thank you very much for today. 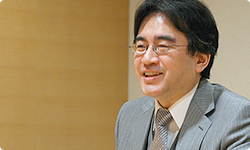 Our thanks to you, as well.