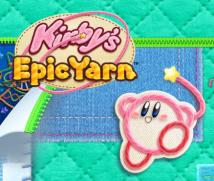 Returning to supervising the character, did supervision and determination of the visuals go smoothly, Yamamoto-san?

For the most part, yes, but at first there were a few times early on when I said, “The balance between Kirby’s eyes and mouth is a little off.”

When a figure is that simple, a slight difference in the proportions can end up making a completely different impression.

Right. We spent about three months asking them to try out various things for Kirby’s design.

Three months? The developers from Good-Feel didn’t touch upon it earlier, but I guess they were struggling for about three months.

After I received the first image of Kirby, I started saying things like, “This is a little wrong,” “How about this?” and “It’s still a little off.”

I should ask Good-Feel about this. Sei-san, were those three months a sort of a nightmare?

The designers were really doing their best, and I couldn’t see a difference. If Yamamoto-san said, “The eyes are wrong,” I’d go, “They are?!” But after some time had passed and I looked back at the earlier versions, I’d think, “Oh, they’re completely different!” The chief designer said, “You’ve finally reached the point where you can tell the difference.”

After the design for Kirby came together, they started in on his movement, and of course that also needed to have that special Kirby feeling, so I was worried when I checked on that, but it was spot-on. They also nailed down the precise characteristics and movements of the other characters as well and faithfully recreated them in a world of yarn. That made me really happy, and I wondered if I’d gotten them to fall for Kirby. 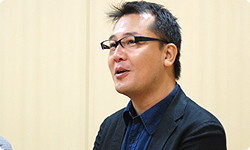 During those first three months while you were going back and forth adjusting Kirby’s proportions, were you overcoming other challenges as well?

Yes, we were. After that, I could just leave it in their hands.

Sei-san, how were you able to do that? Was it the result of your designers’ research?

Well…I think it was because in the end everyone on the staff had fallen for Kirby and thought he was cute. During our first talks with HAL Laboratory, we had been calling him Kirby-san.

Oh, you treated him like a client, adding the honorific “san” to his name. (laughs)

Well, he was being placed in our care. I don’t think it went well while we were calling him Kirby-san. But somewhere along the way we started calling him just plain old Kirby and started saying things amongst ourselves like “Kirby isn’t like this,” or “He looks cuter this way.”

Even at Good-Feel, he became like family and you could drop the “san.” After they started viewing him that way, I bet the burden on you decreased considerably, Yamamoto-san.

Yes. Thanks to that, I got to take it easy later on. (laughs)

All right, lastly I’d like everyone to say a few words to the players. Can we start with you, Ikegami-san?

Sure. Basically, I just want people to enjoy it. I think it’s great how we formed a bond with our collaborators and produced a new Kirby game, so I hope people enjoy it. Also, HAL Laboratory has been working on another Kirby game aside from Kirby’s Epic Yarn, and we’ll keep working on that, so I hope everyone will look forward to that as well. 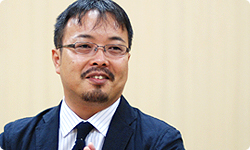 You’re working hard on it so as not to be outshone by this one.

It’s definitely a quality game, so I want people to see all the levels and not set the game aside partway through.

I doubt that’ll be a problem. I mean, Watanabe-san checked it out every week.

But it isn’t easy to get some screens to appear. I want players to see them all, and I especially want them to enjoy the latter half of the game.

You want everyone to hear the songs you played. (laughs) 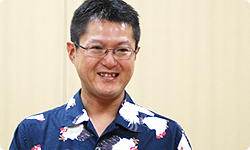 The graphics and sounds of Kirby’s Epic Yarn are both incredibly soft. I’m really glad we were able to bring out in a video game that softness, texture and feeling as if you’ve got something solid in your hands, so I hope everyone will play it. 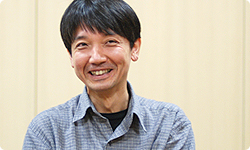 While we couldn’t really touch upon it today, this game really displays some amazing object movement and physics simulation. There are lots of places to give players a feeling they’ve never had before, so you hope they will experience that, along with the music.

Yeah. And adding to what Ando-san said about wanting people to play the latter half, I definitely want people to enjoy the last boss battle.

Did you make the music for that?

Yes. I thought about how I could surprise people who had played Kirby’s Epic Yarn up to that point, and wrote that song.

And you did that on purpose?

Yes. So I want people to play through to the end. 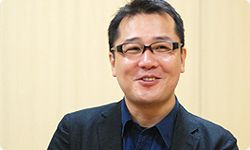 Kirby’s Epic Yarn has lots of good parts, but one I’d like to emphasise is how

Returning to supervising the character, did supervision and determination of the visuals go smoothly, Yamamoto-san?
two people can play . Two people can play together at the same time on one screen, so I hope people around the world will play the game as a family, fathers with their daughters and mothers with their sons. And another thing. There’s a video service called Wii No Ma10 among the Wii Channels. As of early September, 100 episodes of Kirby: Right Back at Ya! are available, so I hope everyone will enjoy those as well. 10Wii No Ma: Available in Japan only, a Wii Channel that began in 2009. Via the Internet, it provides a variety of videos, from instructional videos to anime and movies (includes some pay content).
Iwata:

It was broadcast on Saturday mornings, so this is a good opportunity to get caught up for people who overslept and missed some.

Thank you. What I want to say more than anything else this time is how a game that didn’t begin as a Kirby game became a Kirby game - with good results. And it’s not just good because lots of people will pay attention to it, but because Kirby was a perfect fit for the original idea. And because they were such a perfect fit, partway through development, the game’s interestingness and enjoyability got a big boost. We didn’t force our guests here today from HAL to work on a new Kirby game, but rather they said it was a pleasure to work on it. After spending three months working with Good-Feel in adjusting the positioning of Kirby’s eyes and mouth, they were impressed to see how Good-Feel had proceeded without further instruction to turn out something appropriate to the Kirby series. The two teams worked in separate locations, but moved as one. Just listening to them describe all that, I can tell they worked well as a team, which is reflected in this game. Another thing I should mention is that while the unique visuals representing this world of yarn and cloth might at a glance seem geared toward younger players, people who have played the Kirby series for almost 20 years now will be able to enjoy the world of the Kirby games in a new way with this instalment. I think an important point with regard to this game is that it turned out to be a game that a wide variety of people - as represented by Watanabe-san and Matsumiya-san - can enjoy, so I hope lots of people will try it out. Thanks for coming today, everyone. 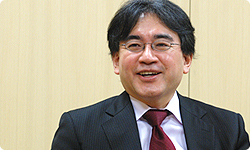