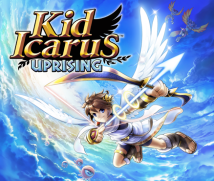 6. After the Medusa Battle

Please be aware that page 6 contains detailed information regarding the latter half of the story.

Sakurai-san, I heard the real goal this time isn’t to defeat Medusa. There’s actually quite a lot after that.

That’s right. We actually prepared a lot more volume for after the Medusa battle. The developments after you defeat Medusa are definitely more interesting, I think. It’s more fun to enter the world of Kid Icarus without knowing anything ahead of time, so I’ve been keeping a lid on things.

How big is the single-player story mode?

I don’t want to spoil the fun so I’d rather not say it, but I will say we’ve packed in quite a lot so it’s highly concentrated. There definitely are developments after the battle against Medusa. One theme this time was not simply having a plain structure of Medusa versus Palutena. 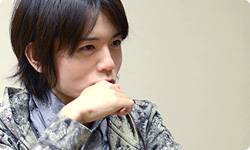 You didn’t want it to simply revolve around a battle between good and evil.

Well, I think good versus evil is alright. But in this game, multiple armies led by gods appear. They each have their own claims and ways of thinking and move toward different goals.In the early stages, there’s a battle between good and evil with Palutena’s army, to which Pit belongs, squaring off against the Underworld Army led by Medusa. Then the

Please be aware that page 6 contains detailed information regarding the latter half of the story.
Forces of Nature step in and try to destroy humankind for behaving contrary to the natural order and it becomes a three-way battle.After that, mysterious invaders called the Aurum step in. They speak a different language and their purpose is unclear. Pit allies himself with the Forces of Nature and it gets more complicated.
Iwata:

The situation gets even more chaotic.

But not just the fighting.

Video: The world itself gets chaotic.

Please be aware that page 6 contains detailed information regarding the latter half of the story.
The world itself gets chaotic. And actually, the cause lies with Palutena...
Iwata:

Huh? The goddess is to blame?

Yeah. (laughs) If you want to know more, you have to play the game! This time, I didn’t write a script with enemies and allies entangled because I wanted to create a real sob story or increase the number of enemies. Shooting games are by nature all about defeating enemies. By showing the enemies’ intentions to target each other and their motivations behind their actions, I wanted to avoid having the flow of the game become a chore of taking out targets one by one. I think this idea is very much in line with the original concept of air battles.

That’s what we did this time, but it isn’t usually my policy to put a story in a game.

That’s right, we’ve worked together for a long time, but rather than strengthen the story, you tend to prioritise other elements. 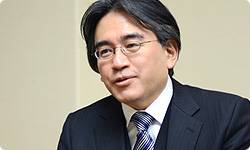 I’ve hardly ever had the main character speak.

Kirby has a voice, but never said anything with meaning.

It’s nothing more than shouts. But we do the opposite this time.

Why did you put in so much that was contrary to your usual doctrine?

Because that was the role of this game. Like I said earlier...

Oh, right. When you looked at the lineup of games for Nintendo 3DS, you thought you should make something with a story in which the main character talked a fair amount.

Right. Actually, I wrote the whole script myself this time. What I paid a lot of attention to wasn’t so much about telling a story, but rather continually changing the situations of the players. 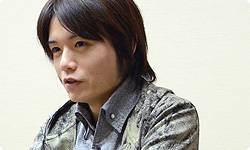 In other words, generating continually-changing circumstances for the players?

Video: when it comes to the pacing of scenes, the Air Battles are truly rich.

Please be aware that page 6 contains detailed information regarding the latter half of the story.
when it comes to the pacing of scenes, the Air Battles are truly rich. Even in the same chapter, scenes keep changing one after another during five minutes of a battle.
Iwata:

Yes, when you’re fighting an enemy and flying through the sky, the situation changes from one event to the next.

We also tried to create the biggest changes possible in the atmosphere of the settings for each chapter. I thought up all kinds of dialogue so that when the players enter a new chapter, even if they suddenly encounter a situation they haven’t experienced before, they can easily slide right into the game world.

Usually when faced with a new phase in a game, you run a cinematic to explain the new situation and goals.

This time, I wanted to avoid that as much as possible. If a cinematic unfolding the story runs long or you make the players read the story, it ends up wrecking the tempo of gameplay. For example, there aren’t any briefings before beginning a chapter. Pit is thrown into a battle and hears that chapter’s goal as he fights an air battle.

The great goddess Palutena explains all kinds of things.

Right. She’s also useful for tactics. For example, there’s a mission in which

Video: a giant bomb is dropped to the world of mortals and you have to stop it.

Please be aware that page 6 contains detailed information regarding the latter half of the story.
a giant bomb is dropped to the world of mortals and you have to stop it.
Iwata: 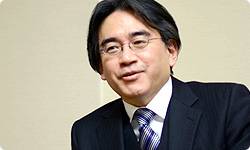 As you’re looking for the bomb, she tells you that Viridi, the Goddess of Nature dropped it in order to destroy the town, and as you draw near, she offers guidance in strategy.

In other words, you adopted an approach to dialogue that allows players to handle each situation as the dizzying events unfold.

There was definitely a lot of fun in that approach, so I really delved into it.

There’s actually so much back-and-forth that the conversation hardly ever breaks off. Why did you choose Palutena to be Pit’s interlocutor?

We thought about placing a mascot-like character by Pit’s side but abandoned it. I thought it would be great to have an incredibly serious and imperious goddess who’s close to Pit supporting him and offering him words of advice.

No matter how hot the battle, Palutena always speaks cool-headedly. That discrepancy makes it interesting.

Yeah. I also wondered if I couldn’t dig into the subject about what you think is right not necessarily being good.

That connects to what you said about Palutena throwing the world into chaos.

It feels like a goddess’s instructions must be right. But just because she gives mission instructions doesn’t mean, for example, that it’s like she’s a voice over a fighter plane’s radio - “There’s a formation that way!” “Roger!” “Head for such-and-such!” “I’m on it!”

Sometimes it’s like you’re idly chatting as you’re engaged in a battle. Palutena will even say things like “If your eyes are tired, turn off the 3D depth slider!” (laughs)

That’s because the original Kid Icarus was like that.

Like that message when you mess up - “I’M FINISHED!” It isn’t terribly serious. (laughs)

Right. That way, even when you fight, you’re not working to kill your enemy. It was a real plus that by making your dialogue partner a goddess, she can intermediate with enemies and allies via telepathy. 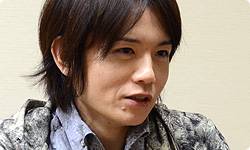 There is a lot Palutena can do because she’s a goddess.

So if someone were to ask why certain things are the way they are...

I could just say, “Because she’s a goddess!” (laughs)