This is a bit of a digression, but by chance, 1980 is when HAL Laboratory7 was founded. 7HAL Laboratory, Inc.: A software developer that has worked on the Kirby and Super Smash Bros. series, among others. When the company was founded, Iwata-san had a part-time job there. Later, he served the company as president.

We were in our twenties then.

I was still a university student. (laughs)

Yes. I started university in 1978, the year Yamamoto-san entered Nintendo. That was when Space Invaders8 hit it big. 8Space Invaders: An arcade game released in 1978 by Taito Corporation.

I started high school in 1975, the year Izushi-san joined. When Kano-san joined in 1972, it was the year of the Sapporo Olympics and I was a sixth grader living in Sapporo!

A strange fate drew you, my predecessors, toward making Game & Watch. By the way, I heard that Yokoi-san9 hit on the idea for Game & Watch when he saw someone playing with a calculator on the Shinkansen bullet train. What did he say to you when development of Game & Watch began? 9Gunpei Yokoi (1941-1997): While at Nintendo, he was head of the Research and Development Department, and later of Research and Development I. As a developer, he helped create the Game & Watch handheld electronic games, the Game Boy handheld system, R.O.B. (Robotic Operating Buddy), and the Dr. Mario game.

Unfortunately, I don’t know much about that. I didn’t get called from the Creative Section to Research and Development I and begin working on Game & Watch until the first title, Game & Watch: Ball, was already underway. At that point, Yokoi-san and Okada-san10 were already making the prototype. 10Satoru Okada: He worked on the Game Boy and Nintendo DS series. Formerly the General Manager, Research and Engineering Department. 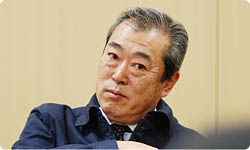 You came in partway through, so you don’t know what happened at the start.

No. But I do think it’s true that Yokoi-san was inspired by calculators.

The chip used in Game & Watch was the same as in calculators. A single number on a calculator display is composed of seven segments, so...

Each number from 0 to 9 is made of seven parts called segments. In other words, it’s

Right. So if a chip can calculate eight digits, that’s 7 segments times 8 digits for a total of 56 segments. And then there’s the decimal point and symbols like the minus sign. We made the Game & Watch: Ball game using a chip that could display 72 segments.

You could turn each of those 72 segments on or off, and use them instead to represent objects, rather than numbers.

And in the upper right-hand corner of the screen for Game & Watch: Ball was a four-digit counter for points and time. There, we used 28 segments in total - or 7 segments for each of 4 digits.

Right. We used the remaining segments to display the character and balls.

I see. I’ve also heard that you didn’t decide to display the time with the four-digit counter until the end of development. 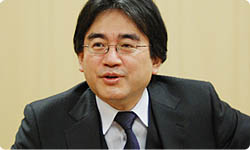 I joined the project partway through, so I don’t know how the clock function came about, but to display time digitally, you need a colon between the hour and minutes. Since that isn’t there, I would guess it came along as an afterthought.

Using a crystal oscillator11 to add a clock function was easy. 11Crystal oscillator: An electronic circuit element that resonates at a highly precise frequency. It is used for an accurate reference signal in clocks and computers.

The colon would use one segment, so maybe they just wanted to cut back there.

It could be used for the game instead.

Yeah, we didn’t want to waste it! (laughs) Starting with the second title, Game & Watch: Flagman 12, the thousands place of the display was just a 1, and from the sixth title, Game & Watch: Manhole 13, “AM” and “PM” could be displayed. 12Game & Watch: Flagman: The second title in the Game & Watch series. A flagman showed random numbers on flags and his feet and players had to press corresponding numbers in the same order. Released in Japan in June 1980. 13Game & Watch: Manhole: The first title in the Game & Watch Gold Series (which had an alarm). Players had to move the location of a manhole cover so passers-by wouldn’t fall down manholes. Released in Japan in January 1981.

If you only display a “1” in the thousands place...

I see. “AM,” “PM” and “1” make three segments. Numbers usually use seven, so you save four segments. (laughs)

Right. We wanted to use those four segments for gameplay. So the highest the counter could go was 1999.

We cut back where we could and used all the available segments.

Not a single segment went to waste.

Thinking up all kinds of ideas for dealing with such constraints was lots of fun. We had to figure out how to make a game with just the few pieces available.

Yeah, that was a lot of fun.

When you’re working under constraints is when ideas pop up. 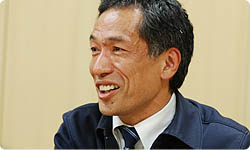 That’s right, and they did.

It isn’t necessarily a good thing to have absolute freedom when you make something new. Limits help you think of various things. Over the course of six years, the Game & Watch series sold 59 titles domestically and overseas. How did you come up with so many ideas?

Everyone from the hardware developers to the planners and designers came up with ideas. Most of the games are based on everyday themes, so anyone could come up with them.

Everyone came up with ideas and we wrote them on a whiteboard.

Was it a blackboard? (laughs)

There weren’t any whiteboards back then. (laughs)

And here (pulling out an old notebook) are some notes from one of those meetings. 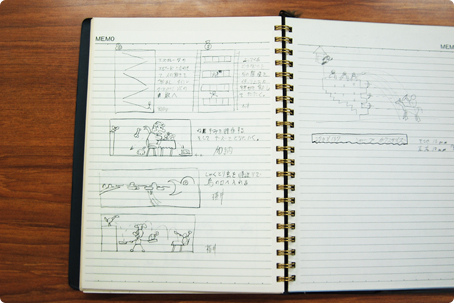 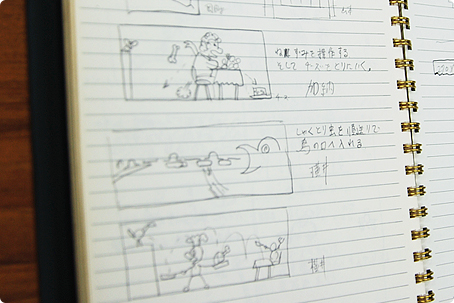 Wow! What a valuable document! This is Game & Watch: Chef !14 14Game & Watch: Chef: The fourth Game & Watch in the Wide Screen series. A chef must continually keep food in the air by flipping it up with his frying pan. Released in Japan in September 1981.

I’m amazed you still have these notes!

I hold on to everything. (laughs)

Are these your notes, Yamamoto-san?

Yes. I wrote down the ideas that came up at the meeting. Everyone exchanged ideas. But Yokoi-san made the final decision. (laughs)

With everyone brainstorming, the ideas would evolve and the games would grow increasingly complicated. Yokoi-san would pare away the unnecessary parts, focus on the core element of what was fun, and emphasise the product’s appeal.

That’s how it was, however frustrating it may have been sometimes! (laughs)