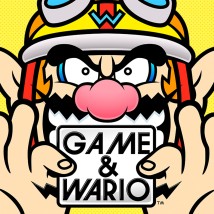 2. WarioWare Is So Useful... Even If It Is Cheating A Bit

Now, the concept for this game switched from being a pre-installed title on the Wii U console to being a standalone retail title.

When was that decision made?

It was around the summer of 2011. We’d come up with the prototype for ‘PIRATES’, and we were really pleased with the results. But we felt that we had already come up with too many ideas for a game that was going to be pre-installed.

So you decided that the game should be a standalone release. But you didn’t suddenly decide that it should be a WarioWare title, did you?

No, we didn’t. The WarioWare series has always had a very distinctive graphical style, and with the HD6 display supported by Wii U, we were rather at a loss as to how this would work with the series.6. HD, or High Definition, refers to video images of higher resolution than is possible on standard televisions. High-definition displays generally have more than 720 horizontal scan lines and an aspect ratio of 16:9. HDTV refers to high-definition television broadcasts via terrestrial broadcasting and digital cable.

A WarioWare title with ultra-realistic graphics wouldn’t really feel right, would it?

Well, I think it depends on the way you make use of high resolution imagery. When an entire game has these kinds of graphics, it can end up leaving a rather strange impression. I think this would be particularly true for a WarioWare title.

At that stage, we asked Hitoshi Kobayashi-san7 and his team, who are experts on graphic technology, to act in a supervisory capacity, and their advice was that we should focus on making the types of image we are good at.7. Hitoshi Kobayashi belongs to Art Coordination Group at the Nintendo Software Planning & Development (SPD) department.

Kobayashi-san happened to catch sight of a quite distinctive image of a ship’s captain, which one of our designers had come up with. He suggested that we take that image and make it like a paper-thin character which moves. From that point on, things became much more straightforward for us. We realised that our approach should be to make things as distinctive and interesting as possible, and so that’s how we proceeded.

It was at that stage that we came up with a story for the game.

That’s right. We came up with a story and tried to make everything in the game fit together. But it was the first time we had ever tried to do something like that, so we were worried that it would be very time-consuming. We set ourselves a deadline of December of that year, and embarked on a process of trial and error. But in the end, we just couldn’t come up with anything that felt right. We realised that if we continued in that fashion, it was going to take far too long. That’s when we hit upon the idea that Wario and his pals had invented all of these games, and that was what tied them all together. We revised the structure of the game and spoke to Sakamoto-san about it.

So a year into the development process, you decided to use WarioWare as a kind of container that would serve to structure the game.

Looking at the three of you here today, I can’t help but get the feeling that it was inevitable that this game would end up as a WarioWare title. (laughs)

And I do think that WarioWare serves as a really useful container. It has the capacity to hold all manner of things that wouldn’t normally belong together, and it allows them to mix and mingle.

If ideas are fun, you can always find a place for them in a WarioWare title, even if they have no obvious connection. You always have that excuse: “Well it is WarioWare after all!” It’s almost like you’re cheating in a way! 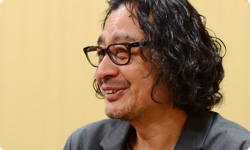 Mori-san, when Abe-san broached the subject of making this game into a WarioWare title, were you excited? Or did you think: “Not WarioWare again...”

At the same time, I did have some regrets. It was sad to abandon the story we had been working on before it was complete.

Ah, but we were able to include some of the ideas we came up with in the final game...

Yes, that’s true. Some of those ideas survived.

There all kinds of elements in the mix.

You see, all your efforts weren’t in vain! (laughs)

There are all sorts of fun bonus elements we’ve included in the game, which we collectively call the

Now, the concept for this game switched from being a pre-installed title on the Wii U console to being a standalone retail title.
‘CHICK-N-WIN’ content. When you see that extra content, you’ll probably be surprised at how much care and attention has gone into a lot of them. That’s where you’ll find a lot of things left over from the initial stages of the project.
Iwata:

The ‘CHICK-N-WIN’ content that creates a really distinct impression must have survived from some earlier incarnation of the game. (laughs)

Yes, indeed. (laughs) We salvaged discarded ideas, gave them a good polish and included them as bonus content. 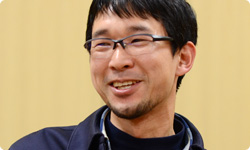 Can you explain more about how this ‘CHICK-N-WIN’ content works?

Even though this additional content can’t quite be described as minigames in so many words, there is a fun interactive element to them, isn’t there?

Yes, there is. As you play the main game, you can earn tokens. A token will earn you one go on the ‘CHICK-N-WIN’, which works a little like a capsule dispenser. When you open these capsules, you’ll be rewarded with a toy. In total, there are 240 prizes to be won.

Are you serious? There are 240 prizes?

The original plan was to make 100 prizes, but before we knew it, we’d come up with 300. We ended up cutting these down to 240 because of the way the menu is displayed.

You have a real excessive streak. It’s almost like Wario himself is on the team! (laughs)

But actually, not all of these 240 bonuses comprise interactive content. There are 69 hint cards which contain interesting little tricks and hints on how to play games, and there are also cards that introduce you to characters in the game. Add these all up and they come to a total of 240 prizes.

But there are more than 100 with interactive elements.

I remember overhearing someone say: “The development schedule is really tight, but Abe-san still wants to go ahead and create all of this content. Has he lost his mind?” (laughs)

Well, as the volume of content grew, there were times when things got really challenging. But in the end, we had our “assistants” who lent us their support at the very end...

Ah, yes. I want to ask about these “assistants” a little later. But there was a really dynamic element introduced to proceedings, wasn’t there? (laughs)

Yes, there certainly was! (laughs)