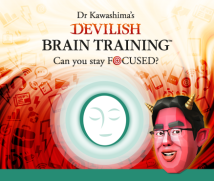 That’s quite curious isn’t it? It’s hard to imagine there would be a correlation between creativity and working memory.

Yes, we find that hard to get our heads around as well. I know that working memory is at the root of high-level brain functions, and that improving it therefore boosts various capabilities, but it still feels like creativity lies somewhere slightly different.

You have your own hypothesis about this correlation though, don’t you, Dr. Kawashima?

I once performed some research on the brain that attempted to answer the question ‘what is creativity?’ I showed students a picture of a cat and a picture of a ladder, and asked them to think about what they could make by combining the two things. When the students thought about this question, they were actually making use of the prefrontal area. In other words, the ‘creativity’ that we are able to measure was actually the same thing as working memory, or at least there’s a possibility they use the same areas of the brain. So while the two things may appear far apart from a psychological point of view, another hypothesis is that they are the same, or close, in the brain.

I see. Asking why training your working memory boosts creativity is rather similar to asking why practising the three Rs causes positive difference on high-level brain functions, isn’t it?

Yes. Having said that…the region of the brain that deals with working memory is said to be extremely limited, so I don’t know why the capacities of other areas would increase as well. To investigate that, we have been performing an experiment that uses MRI to analyse a phenomenon that occurs in the brains of rats: namely, that the part of brain responsible for moving the body increases in capacity when a rat is subjected to motor learning.

And when you performed comparative experiments involving sufficient numbers of rats, you could see a clear difference, couldn’t you?

Yes. We also confirmed that the number of synapses in the brain was increasing in the brains of the trained rats. What’s more, we are now learning that the way genetic switches are flipped also changes. This makes me think that training could perhaps change the expression pattern of genes in certain regions, and that this could be linked to an increase in brain volume. One of my short-term dreams is to have rats play Brain Training. 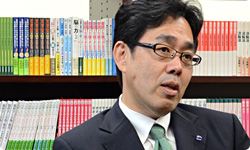 Yes. Incidentally, exactly three years ago, you asked Nintendo if we could make new training software for the Nintendo DS for you to use in an experiment. I’d like to ask you to tell what you did with the software that the Brain Training team made for you.

Certainly. I have a close friend who is a professor at Sendai University, a physical education university that has produced athletes who’ve performed at the Winter Olympics. Another professor there consulted us as to ways of improving the performance of athletes who competed in the skeleton.

The Olympic rules for the skeleton dictate that athletes from outside the host nation can only try out the course a few times before the games. This means that they have to memorise the whole course ahead of time. If they could train their working memory to increase its capacity, they could memorise the course really well and be able to predict what comes next at any moment. Their actual physical performance would also improve as a result.

That’s very interesting. I imagine that most people would wonder what Brain Training could possibly have to do with sports. However, sports are all about making split-second decisions. Skeleton, for example, is in many ways the ultimate ’memory game’, in that you have to perfectly memorise the course. 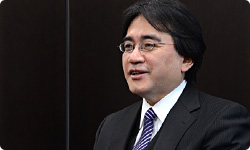 Humans aren’t capable of sliding along the ideal trajectory exactly as they want, though. When an athlete does stray away from the ideal racing line, he or she has to make split-second decisions about how to correct their trajectory over the next two or three turns. Your hypothesis was that, if you strengthened the functioning of the brain, performance would improve. In fact, one athlete’s performance improved so rapidly that she was selected for the Olympic team! I was quite surprised when I heard about that.

Yes. All athletes who trained their working memory showed signs of improved abilities, not only the one who was selected for the team. Recalculating your trajectory after making a mistake is exactly the kind of function working memory performs. Increasing the capacity of your working memory allows you to correct errors. I always expected that to be the case, but to be honest, I was surprised at how effective it was. I’m confident that the effects would be even more pronounced for group sports…

So if there’s a football or volleyball team out there that wants to get better, they should talk to you!

I was wishing that the entire Japan team would come to us so that we could help them raise a lot of Japanese flags at that Olympics! Unfortunately things didn’t go too well for them that year, though. If they had, my plan was to be the Brain Training ambassador to the London Olympics! (laughs)