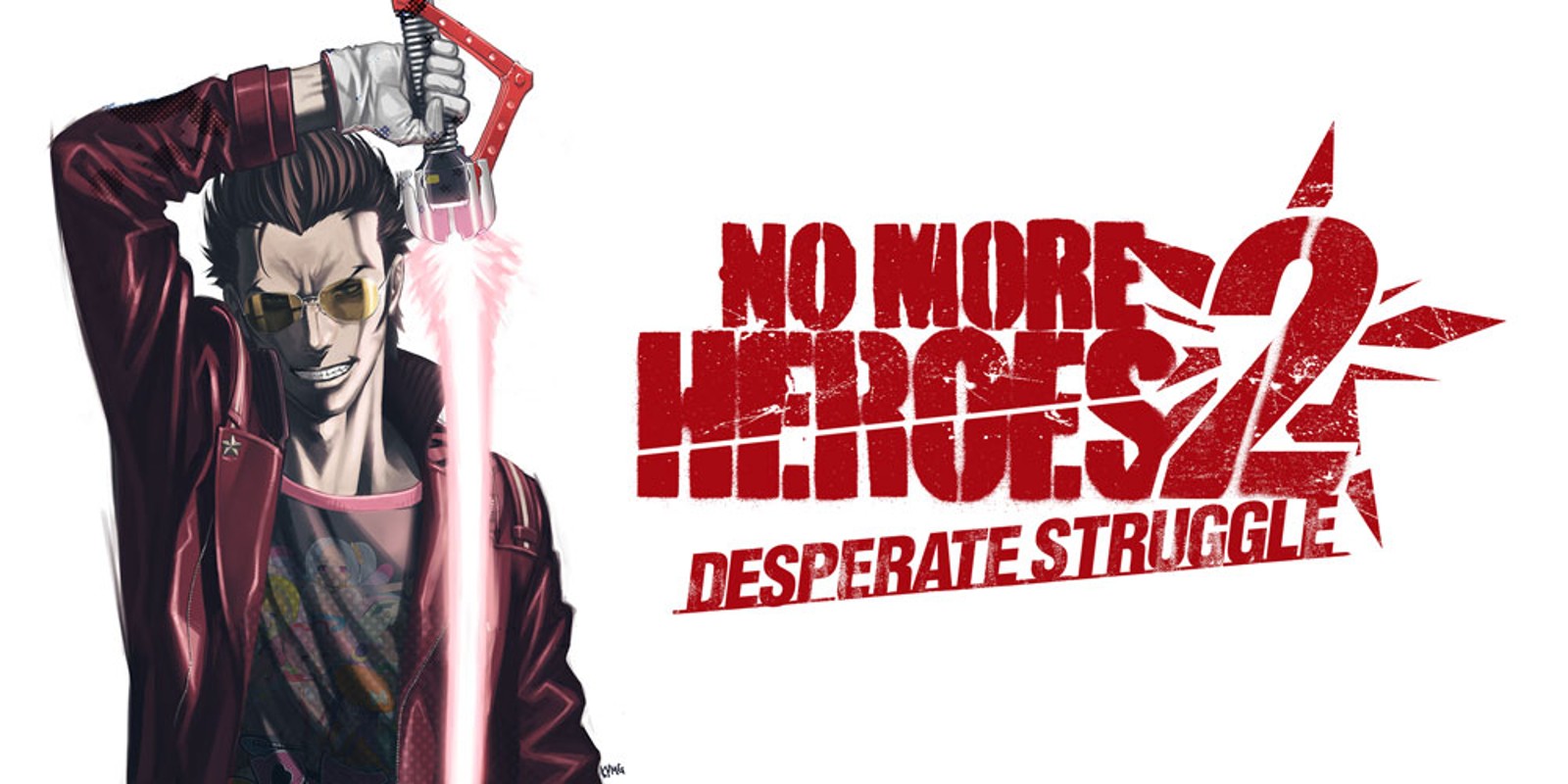 Return to Santa Destroy and prepare to step back into the shoes of punk anti-hero Travis Touchdown as he launches the mother of all revenge missions.

After rising to the top of the United Assassins Association rankings, Travis’ traded his place as top dog for a return to normal life. In his case, normal life involves whiling away the hours by watching footage of his favourite wrestlers in action at the dank No More Heroes hotel.

But nothing remains normal for long in the world of Travis Touchdown, and his early retirement from assassination action is about to be dramatically disturbed. As his hometown of Santa Destroy begins to turn into a commercialised haven for soulless business, Travis’ one and only friend is murdered – setting the scene for an explosion of righteous revenge-based rage that will take Travis back onto the streets and into battle against the city’s most savage assassins.

Building on the success of its critically acclaimed predecessor, No More Heroes: Desperate Struggle ups the ante by offering an open world with more to explore and breath-taking boss battles that will see Travis tasked with wiping out multiple rivals in one sitting. Thankfully, he’ll be equipped with two of his trademark beam katana swords to help him along this time - as well as more attack combos and wrestling manoeuvres triggered by making the right moves with the Wii Remote and Nunchuk.

Experience the next chapter in the super-stylised life story of Travis Touchdown, and quench his thirst for revenge to prove that there is at least one more hero left to carry the fight to the bad guys.

Amid the hustle and bustle of E3 2009, we managed to catch a quick word with enigmatic games mastermind Goichi Suda (a.k.a. Suda 51) about the upcoming sequel to last year’s Wii hit, No More Heroes. With no shortage of critically acclaimed titles decorating his CV, we couldn’t resist the urge to find out a little more about some of the creative thought going into No More Heroes: Desperate Struggle – which is due to arrive in Europe in the early part of 2010.

But just how do you follow up on a game that gleefully reduced players to scraping together the money they needed for entry into an elite assassins’ league by making them mow grass, pick up rubbish and collect coconuts at the seaside?

Nintendo of Europe: First of all, thanks for taking a moment out of your busy schedule to talk with us. Maybe you could start by filling us in with what has happened in the time that has elapsed between the end of No More Heroes and the start of No More Heroes: Desperate Struggle.

Goichi Suda: After the end of the original No More Heroes story, Travis finished up first in the UAA (United Assassins Association) rankings. But after defeating the final boss and becoming number one, he just went back to his normal life. So, he’s back in the same old motel room again - but the things around him are changing. Santa Destroy has been taken over by a huge corporation who are turning it into a commercial tourist city. The company that have taken over is Pizza Butt, who you may remember from some of the missions in the first game.

On a more personal note, this time around Travis is going to be fighting to avenge the death of his best - and only - friend. So now it’s going to be really, really personal. This time you should feel like you’re stepping into the shoes of a more serious and more emotional Travis Touchdown.

NoE: The first game in the series received a lot of great feedback. Have you looked closely at what people said in the wake of No More Heroes’ release, and has it affected the way you approached the creation of Desperate Struggle?

Goichi Suda: We were really happy about the positive response and reviews that we got after No More Heroes was released. We got a lot of feedback from the users too, and we are definitely taking that into account in making No More Heroes: Desperate Struggle. And, personally, I still feel sometimes that there were things that could have been improved in the first game and we’re going to take all these factors into account and make a way better game than the original.

For example, we heard some criticism of the game’s open world elements. So this time that part of the game is going to be more compact and denser - you’ll have more things to do and places to explore right from the beginning of the game. That’s just one of the ways we’re working to improve on the original.

In general though, Desperate Struggle will have the same structure - an open world that you advance through as you work towards boss battles. The basic game controls will be more or less the same again too; pushing the A Button to attack, and performing finishing moves with movements of the Wii Remote. But this time we should have a wider variety of attacks and a greater selection of wrestling moves for Travis to use.

NoE: What are some of the influences that go into making a game like No More Heroes: Desperate Struggle, and what are the wider influences that impact your unique style of game creation?

Goichi Suda: Well, for example, one of the main inspirations for No More Heroes: Desperate Struggle was a Japanese Yakuza movie called “Battles without Honour and Humanity: Hiroshima Deathmatch”. But, in general, my influences aren’t really focused on one particular culture. I like to sample everything: Music, books, movies, T.V. dramas - among other things. I touch everything and discover different things that are going to inspire me later. I consume and digest whatever I see and experience, and the final result of all that consumption is a game.

NoE: Finally, with the first game calling on players to try their hand at mundane, everyday tasks like mowing the lawn, cleaning the streets and pumping petrol into cars, we’d love to know what else Travis will be doing to make ends meet in Desperate Struggle!

Goichi Suda: When I create a game, I want players to be surprised, and am always trying to implement unusual elements that come to mind during the conception process. I would say that you should expect even more stupidity this time around!