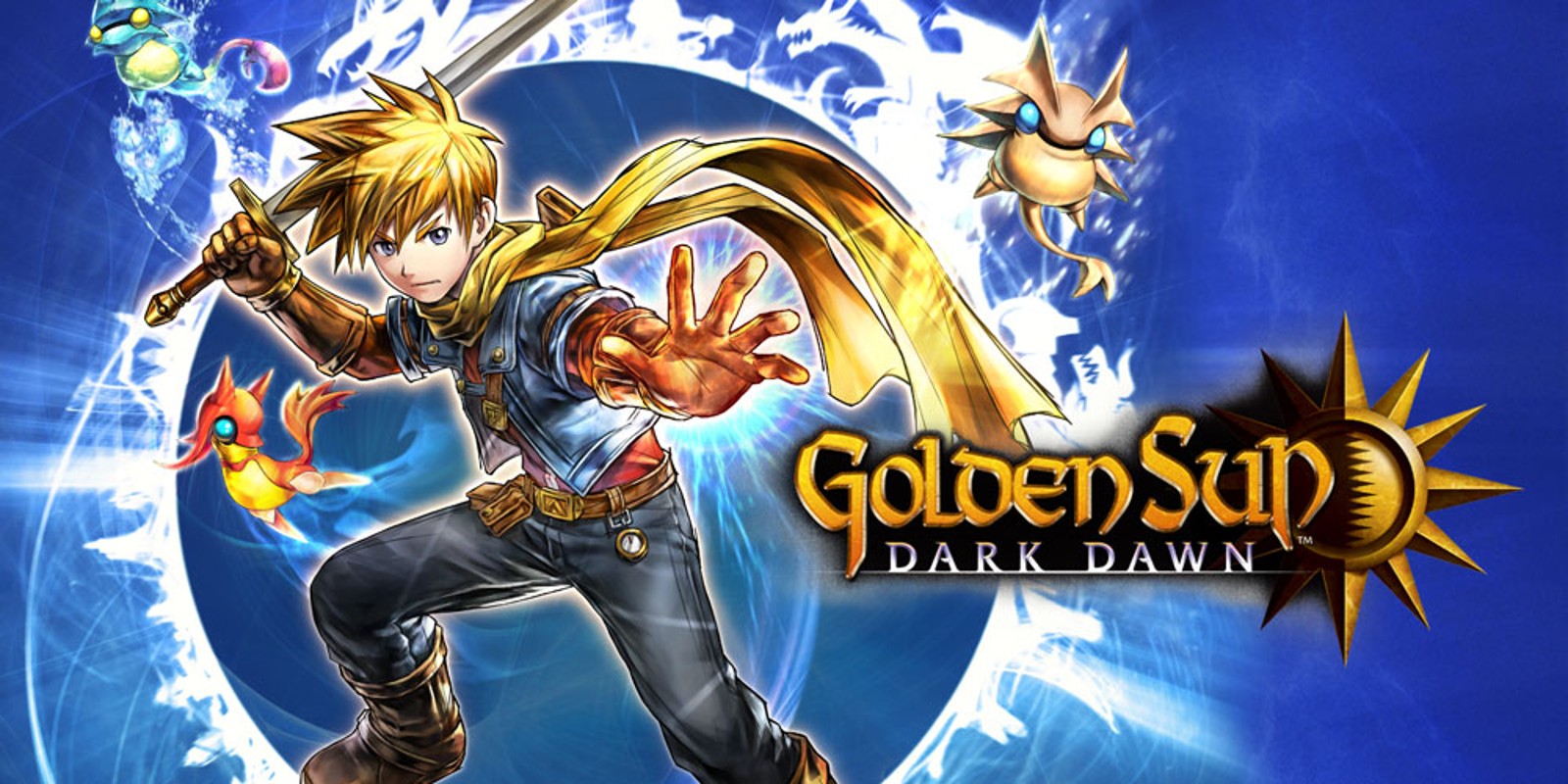 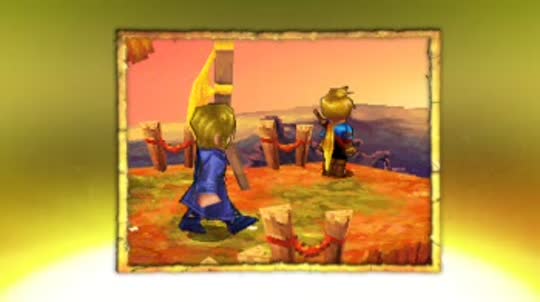 The saga unfolds in the world of Weyard.

Four elements form the basis of all things: Earth, Water, Fire and Wind. The scientific study of these elements was known as Alchemy. In the distant past, the principles of Alchemy were sealed away as it was feared that the power of the elements could destroy the world itself.

But at the same time, these elements form the wellspring from which all energy flows. Once the principles of Alchemy were sealed away, the world was set on the road to ruin.

The Golden Sun phenomenon released the elements and saved the world. However, this did not come without a price. These elements harboured awesome destructive force….

Now, 30 years have passed since the world was saved by the very thing that did it harm: the Golden Sun…

"30 years have passed since the cataclysmic Golden Sun.

the legendary Mountain Roc in a world ruled by Alchemy."

The scientific study of the elements Earth, Water, Fire and Wind, the principles of Alchemy were sealed away for eons to prevent its fearsome power falling into the wrong hands and threatening the world itself. However, since the power of these elements forms the basis of all things, and without the principles of Alchemy, the world was inevitably set on the road to ruin. Then, 30 years ago, the Warriors of Vale broke the seal...

30 years ago, Alchemy's seal was broken by the Warriors of Vale and a ferocious force descended on Mount Aleph. The mountain glimmered gold and was destroyed. Those who witnessed it dubbed this event the Golden Sun. Though the elements that saved the world were released, this did not come without a price. These elements harboured both awesome destructive and creative powers and triggered a wave of natural disasters that left no part of the world untouched….

30 years ago, the eight Warriors of Vale  broke the seal placed on the principles of Alchemy and saved the world. Four of the warriors hailed from the village of Vale which gave them their name. While they were feted as the saviours of the world, there were those who cursed them for unleashing the elemental force of the Golden Sun and bringing disaster to all corners of the world.

Psynergy is the elemental power that forms the foundations of Alchemy and can be used to trigger all manner of mystical effects. Those who have mastered the powers of Earth, Water, Fire and Wind are known as Adepts and are said to be descended from the ancients whose civilisation was wiped out countless eons ago.

The elemental entities that embody the forces of Earth, Water, Fire and Wind. These sensitive creatures serve to bolster the power of the Adepts and can summon powerful spirits.

The world where the hero Matthew and his allies dwell. Created from the forces of Earth, Water, Fire and Wind, it is inhabited by all manner of creatures. The damage that was wrought by the Golden Sun phenomenon is still in evidence, but at the same time, the power it unleashed has spurred the world on to rapid growth.

The Son of the World’s Saviour

An Earth Adept who is the hero of this tale. He has limitless respect for his father, the leader of the Warriors of Vale, and takes after him in wasting few words and possessing a steely will.

Combines an Unyielding Spirit with a Razor-Sharp Mind

A Wind Adept, she grew up alongside Matthew and Tyrell. She can always be relied on in a crisis, but she has a strong-willed, stubborn side too.

A Fire Adept, he likes nothing more than joking and fooling around, though it sometimes gets him into hot water. He’s the ringleader who inspired the others to join this adventure.

An Alchemical Student Brimming with Curiosity

A Water Adept, he is an alchemist’s disciple who wanders the world far and wide. He combines a natural insatiable curiosity with supremely sharp powers of observation.

Leader of a Band of Buccaneers

A Fire Adept, he values freedom above all else. He has a strong sense of right and wrong and has earned the trust of all his allies.

Commander of the Tuaparang Gate

Leading his own fighting force, he marched into Matthew's life one day without warning. A belligerent fellow, he prides himself on his unparalleled ability with a sword. What could his real purpose be?

Enigmatic Maiden with a Bewitching Beauty

Using her striking looks to her advantage, she has managed to insinuate herself into the heart of this vibrant young kingdom. There's something a little odd about the way she seems to know everything that's going on...

A beast whose form mutated in the wake of the Golden Sun phenomenon. Acutely sensitive and attuned to the world around, Sveta can utilise Psynergy to read the thoughts of others or detect and even visualise odours others cannot sense.

An Earth Adept and Matthew’s father. He built a hut at the foot of the demolished Mount Aleph where he keeps a tireless watch for any sign that trouble is returning.

Rief’s master, he travels the world in the name of furthering his alchemical research. He once journeyed together with the Warriors of Vale.

A Water Adept who faces a difficult destiny

A Water Adept of royal lineage. His origins are shrouded in mystery, and he seems to have his own difficult destiny.

A Sorceress with Mysterious Powers.

An Earth Adept, she comes from a line of sorceresses and has inherited some curious abilities. People say she has the power of an oracle, but can it be true?

Masked Man who Fights Alongside Blados and Company.

The Warriors of Vale seem to be familiar with this warrior, but his true identity remains shrouded in mystery. His actions will have a great impact on Matthew and his allies, and on the future of the entire world.