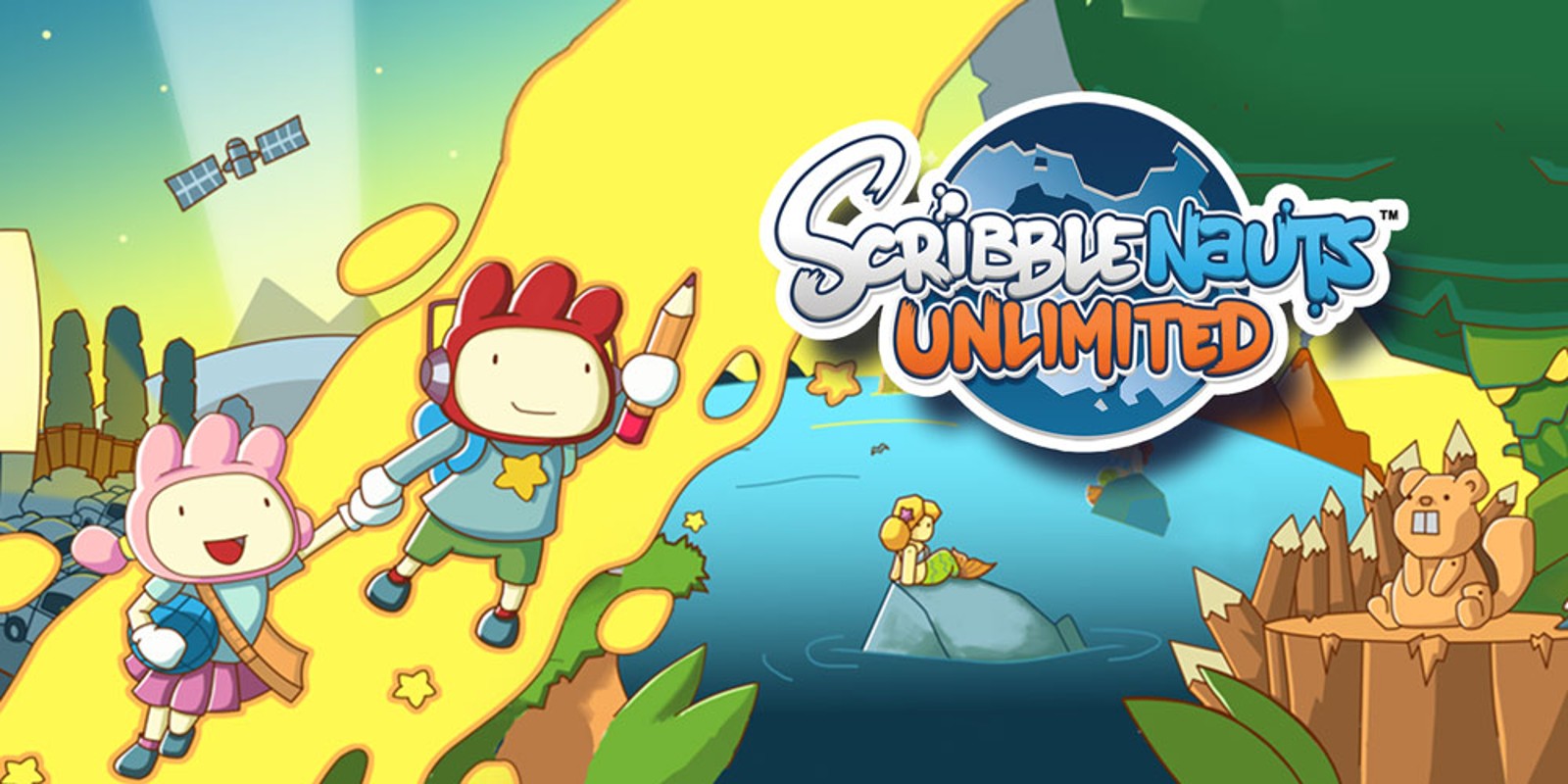 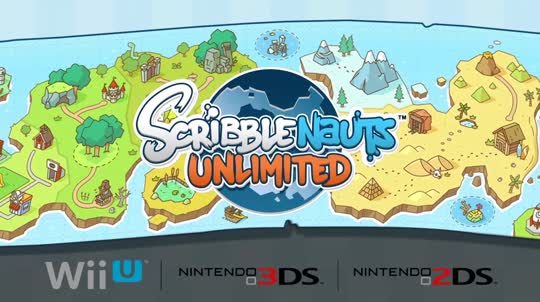 Jump into a puzzle-packed world where the ultimate power is your imagination. The latest instalment in the beloved Scribblenauts franchise invites you to pit your wits against tons of brainteasing challenges – using just about anything you can dream up!

Head out on a journey of discovery and help our hero Maxwell solve oodles of puzzles to collect the precious starites he needs. You’ll explore a vast hand-drawn open world, learn about Maxwell’s parents and his 41 siblings (including his twin sister Lily), and discover how he got his magical notepad in the first place. With StreetPass functionality, the addition of Nintendo characters and stunning 3D cinematics, Scribblenauts Unlimited on Nintendo 3DS is sure to keep you coming back for more!

SCRIBBLENAUTS UNLIMITED software © 2012 Warner Bros. Entertainment Inc. Developed by 5th Cell Media LLC. Wii U and Nintendo 3DS are trademarks of Nintendo. © 2012 Nintendo. All other trademarks and copyrights are the property of their respective owners. All rights reserved.

What would you make?

Meet Maxwell, a nice young chap who owns a magical notepad with a very special power: write the name of anything down and it’ll come to life! Pretty cool eh? Maxwell’s on a mission to help his sister Lily – who has been cursed and is slowly turning to stone! To save her he needs to collect starites and starite shards, and the only way to get those is to help people out. Thankfully, the world of Scribblenauts Unlimited is packed full of oddball puzzles at every turn, so there are plenty of people who need helping!

That magical notepad will come in pretty handy for solving puzzles, but the question is: if you could have anything to hand, what would it be?

Dream it up, write it down

Picture the scene: maybe you need to save a kitty stuck in a tree, or perhaps there’s a mucky piggy that needs scrubbing clean, or it could be time to bring some belly laughs to a sad, sad clown. Just tap the name of anything you can think of onto the Touch Screen and watch as it comes to life in the game. Ladders, wings, comedians, elephants, ropes and much more will blink into existence at your command. Now you just need to see if your idea will solve the problem at hand… or make it hilariously worse!

Why not add an adjective (or two) to your creation and go for a more adventurous solution? With adjectives you can change the colour, size or behaviour of an object, and there are thousands to choose from.

Sure, a “dog” might solve your boggle, but would a “small zombie dog” be better? Instead of just a “shark” how about an “angry polka-dotted shark”? Part of the fun is in experimenting to try out simple-but-elegant solutions as well as off-the-wall ideas – you never know what might work. Go crazy and you’re sure to have tons of fun inventing amazing items that fit the bill.

If you’ve ever wanted to see what’d happen if you put Mario, Tingle and a Bob-omb in the same room, it’s your lucky day! Scribblenauts Unlimited features dozens of Nintendo characters and items – including Mario, Luigi, Peach, Bowser, Link, Zelda, Toad, Tingle, Ganondorf, well, the list goes on! Chuck a few of your faves into the mix and create your own Nintendo drama on the screen.

Maxwell’s latest adventure takes place in a great big open world! The universe is still jam-packed full of puzzles, but on this occasion the seamless, free-roaming levels let you go wherever you want, whenever you want. On top of the puzzles themselves, you can also have unlimited hours of fun using the world as your personal playground!

Create your own Object Library: you can save and store any really cool items you’ve summoned in Maxwell’s “magic backpack” for quick access.

Don’t worry if you get stuck…

With the new Merit Board you can check out a helpful hint list for each world, or use “Starite Vision” to highlight all the nearby starites and starite shards.

The Nintendo 3DS system’s StreetPass functionality lets you see the creative solutions dreamed up by any other players you encounter! Hold on, they did what?!

Thanks to the 3D effect of Nintendo 3DS you can see Maxwell with an extra dimension for the first time – the game features beautiful cinematics rendered in glorious 3D!

This puzzle game challenged players to solve a bunch of brainteasers by using a groundbreaking new game dynamic: write anything you can think of on the Touch Screen and watch it spring to life in the game! Equal measures of imagination and experimentation were needed to triumph over the 200+ levels in this pioneering title.

For more info about this title, check out the gamepage for Scribblenauts

The power of words became even more potent in Super Scribblenauts, which built on the original game to offer additional ways to solve the 120 new levels at hand. The introduction of the ‘adjective system’ allowed players to alter any objects they could think of by adding combinations of thousands of adjectives. For the first time players could dream up an ‘angry zombie pear’, a ‘shy polar bear’ and much more!

For more info about this title, check out the gamepage for Super Scribblenauts

Released on December 6th 2013 for Nintendo 3DS and Wii U.

Create anything and explore everything in this puzzle adventure on Nintendo 3DS and Wii U! This time around you’ll help Maxwell explore a completely open world in search of starites, learning more about his family and history on the way. With the ability to save items you’ve created in Maxwell’s “magical backpack” for quick access, a new “Starite Vision” helper, a hint list and the addition of Nintendo characters, the fun really is unlimited. The Nintendo 3DS version has StreetPass functionality, whereas the Wii U version features HD visuals and more!

For more info about the Wii U version of this title, check out the official gamepage for Scribblenauts Unlimited on Wii U